No ancient relic causes so much controversy as built according to Divine instructions the Ark of the Covenant. The subject of Spielberg’s Raiders of the Lost Ark, featuring the intrepid Indiana Jones, the film does not exaggerate the passions the mystery of its location and power entails.

Introduction – Ark of the Covenant

The Ark of the Covenant also known as the Ark of the Testimony, is a chest described in Book of Exodus as solely containing the Tablets of Stone on which the Ten Commandments were inscribed. 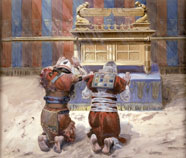 Then it is to be plated entirely with gold, and a crown or molding of gold is to be put around it. Four rings of gold are to be attached—two on each side—and through these rings staves of shittim-wood overlaid with gold for carrying the Ark are to be inserted; and these are not to be removed. A golden cover, adorned with golden cherubim, is to be placed above the Ark. The Ark is finally to be placed behind a veil (Parochet), a full description of which is also given.

According to the Christian New Testament Book of Revelation, the Ark is in the Temple of God in Heaven, “Then God’s temple in heaven was opened, and within his temple was seen the Ark of his Covenant” (Rev. 11:19 NIV).

The Ark of the Covenant Operations Manual

”The Ark of the Covenant Operations Manual” might be the most controversial manual that westerners will ever read. Many books have been written about the Ark, few show a working mechanic. Most dwell on the perceived history, probable location or theological implications. Whilst these areas are touched upon, this short book shines because it simply shows how.

The Manual is a focused expression of the broader Ancient Solar Premise (ASP), which covers thousands of misunderstood artifacts and sites. The simple principles that underpin the operation of an Ark are related in detail. Importantly, it shows how to build a device and perform the miraculous feats of the Old Testament. Surprisingly the capabilities can be achieved with objects many people have lying around the home.

There are two key elements to an Ark. There is the gilded chest with a couple of stones in the base and a sun disk propped up on the lid. Real examples of these devices and their effects from other biblical era cultures are found in museums. The first facet delivers virtually limitless energy; the second produces intensities higher than an industrial laser. Between them, they resolve a series of mythological tales and mysterious artifacts. 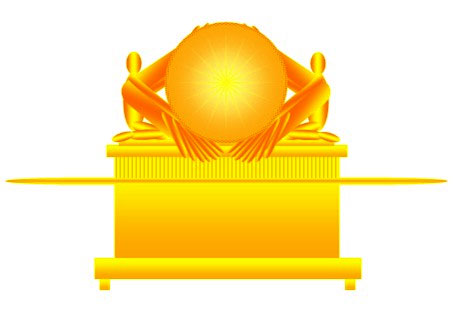 The science involved is known to any high school student. However, the extreme applications are not and these have truly profound implications. There are photos of the results of using the devices and video links showing the technology actually in use. These are backed up by the detail from a great deal of research and testing.

Whilst many theories have been posited on the working mechanic of the Ark, none shows anything like the same breadth of application. Few if any can be made with the tools and technology actually found in the museums. Most other ideas leave the working procedures to the imagination of readers and the science to future researchers. The Ark Manual leaves the reader with no doubts. The techniques can be set up and proved by anyone in a few hours.

Feats of the Old Testament

The myriad of uses of this power are mapped directly on to the Old Testament. The following feats and other equally renowned qualities are easy to reproduce under the principles laid out. The burning bush; writing in stone; the Voice of God; the Finger of God; the incredible stone cutting Shamir worm; knocking down the walls of Jericho; the Face of Gods. The emphasis of these stories changes when it is recognized that there were no gods or aliens involved, just the ingenuity of man. 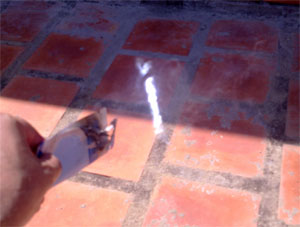 The picture to the right shows an intense dynamic tube of energy. The power has been made as high as 15MW/sqm with the methods laid out in the Ark manual. This easily splits or melts just about any stone. Is this the fabled ‘Shamir worm’ mentioned in the Old Testament? It is certainly capable of delivering many of the feats associated with the Shamir.

The survival of the Exilic Israelites in the desert is rarely cited as a miracle. However, under this premise it becomes patently obvious why the Ark chest is so revered. Without the device, there would not have been enough energy for the reported populations to survive the wandering years. The implications here are just as relevant for people today. The modern usage of this technology is explored in ”The Sun Devices”. Whilst many of these uses are extravagant, none can match the ancient world for scale and intricacy.

There are repercussions for the theologians, which have undoubtedly been raised privately before. Whilst no one has suggested a reframing of the Israelite God based on the electrical or radioactive ideas, the Ark Manual touches on a nerve. It is not a book for the faithful, since the ramifications strike at the origins of western faiths. The explanations make it clear that the modern god is a very close relative of the Egyptian sun gods. Religious scholars might well seek to thwart the idea gaining any real traction.

This type of resistive force has already been experienced in the Asia when attempting to publish the broader Ancient Solar Premise. It is unlikely that other author’s were threatened with swift deportation by the Culture Ministry on account of their work. Irrespective of whether they touted the impossible, impractical, unlikely or just plain whacky. The tourism boards probably enjoy the benefits of most alternative ideas since they increase the interest in the ancient sites. The Ancient Solar Premise is not so welcome because it raises very awkward questions.

Several of the Ark techniques are pulled directly from a recreation of the ancient Greek tract ‘On Burning Mirrors’. This is rumored to be languishing out of sight in the Vatican basement, presumably because of the ramifications for the church. Some have already said that the Ark Manual should be burnt, though it is not clear how one burns an ebook. It might be wise to those who are interested in understanding how an Ark worked to pick up a copy whilst it is still available for free. 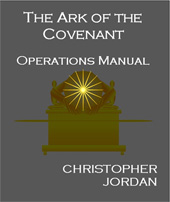 ”The Ark of the Covenant Operations Manual” is available for free from Smashwords.com for a limited time. If you would like a copy, simply sign up to the site and ‘Add the book to your Shopping Basket’. The price is set by you; enter a few dollars if you wish to pay or nothing if you would like the book for free. The manual is also available from the usual major online distributors. Some of these distributors do charge a 99c distribution fee.

Christopher Jordan was born in London and studied Chemical Physics at Sussex University, under the guidance of Sir Harold Kroto. He played a part in manually analyzing the early data from the microwave telescopes, eventually identifying an alcohol in interstellar gas clouds. These tasks were being automated by computers, which were doing the job better and faster. During a short spell on the accounting ladder, the same was noted within the financial sector. Chris Jordan surfed this wave of computer growth by developing small and large data systems for national food and beverage companies. Eventually, managing a national software department after stints as a programmer, business analyst and project manager.
During this period he became intrigued with some of the unanswered questions surrounding nature’s development process. After many years of study some concepts were crossed over between the computing and biological arenas. This led to some novel computer systems that literally built themselves around the databases to which they were aimed. This software was the center piece of a computer company set up by a few partners and himself. Several papers on systems analysis and design were published during this time in specialist magazines.
Whilst running this company, further research was carried out modeling non-linear reaction diffusion systems on the surfaces of cells and groups of cells. This led to his seminal work on the nature of morphological determination and the role cell adhesion molecules played within the scheme. This in turn led to some unique experiments in the field of developmental biology. The general framework for development was published in Thailand during a three year sabbatical.
The author started visiting the ancient sites of Asia during this period. Whilst he had previously been a visitor to the European and Egyptian sites, the common facets of the cultures began to emerge from all this travel. Despite a two year interlude managing the IT for a global spirits company in ex Eastern bloc countries, the interest in the ancient past continued. Specifically, the desire to make sense of all of these similar religious sites, tools and unexplained curios. Any scientist is taught that it is from the quirky inexplicable areas that new ideas evolve. A simple paradigm that extends further is deemed more elegant than a restrictive complex alternative. This is where the site narrative that makes up the Secrets of the Sun Sects stems from.
This was coupled with the faulty parabolic mirror theories that surround these same cultures. The math that shows how easy it was for the ancient craftsmen to build the mirrors and how powerful they were, was carried out over thirty years ago. Ironically, this was the first thing the author failed to publish as a teenager. At the time, it was just a table, which a child thought was missing from the classroom texts. Fortuitously, it was very useful in proving that spherical surfaces make good Burning Mirrors for all manner of applications. From these two strands the full scope of the use of solar technology in the ancient world was built up. He is currently promoting the use of solar technologies in the developing countries of Asia.