Our sun is one of a 100 billion stars in our galaxy. Our galaxy is one of billions of galaxies populating the universe. It would be the height of presumption to think that we are the only living thing in that enormous immensity.   – Wernher Von Braun 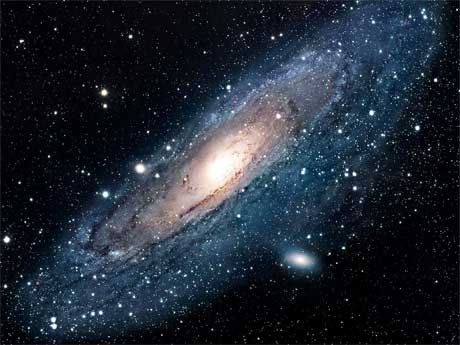 And it came to pass on the third day in the morning, there were thunders and lightnings, and a thick cloud upon the mount, and the voice of the trumpets exceeding loud; so that all the people that was in the camp trembled… And mount Sinai was altogether on a smoke, because the Lord descended upon it in fire; and the smoke thereof ascended as the smoke of a furnace, and the whole mount quaked greatly…And the voice of the trumpet sounded long, and waxed louder and louder…   – Exodus 19:16-19. 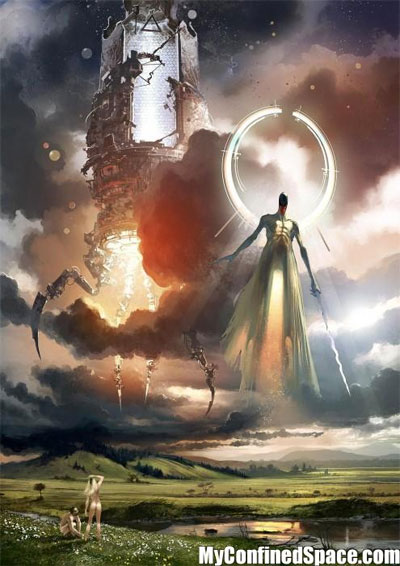 Mythology is the study of whatever religious or heroic legends are so foreign to a student’s experience that he cannot believe them to be true; hence the English adjective ‘mythical’ meaning ‘incredible’; hence the omission from standard European mythologies of all Biblical narrative even when closely paralleled by myths from Persia, Babylonia, Egypt and Greece.  — Robert Graves (Graves 1968)

For many modern skeptics the world’s oldest writings, on clay, stone and papyrus, is simply myth. However, if we dismiss all of the ancient literature and inscriptions – the Bible, the Koran, the Mahabharata, and the thousands of clay tablets from Mesopotamia – as too incredible to believe, we would still have to deal with the question of the physical evidence.

In this space age, with it’s remarkable technological advances, it is becoming apparent that the “miracles”, and other seemingly supernatural events reported in ancient texts, the megalithic constructions, and the enigmatic lines and artwork over the Earth, resulted from an advanced technology which was incomprehensible and indescribable by the ancient human observers. On these pages we take the position that there is a reasonable explanation, within natural law, for these mysteries. 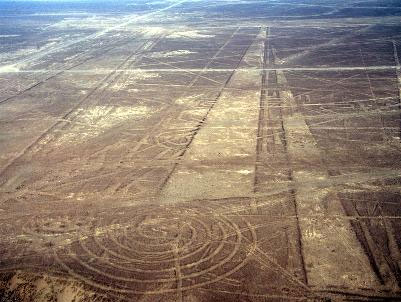 This series of articles review the evidence that these mysteries are attributable to ancient astronauts; extraterrestrials who have visited Earth in prehistoric and historical times, and have interacted with humans or their evolutionary predecessors, i.e. what authors throughout history have referred to as “the gods”.
Most authors, with the exception of Zecharia Sitchin (1976), who write about ancient astronauts, take us to familiar sites around the world where we get a “how-could-they-have-done-that?” feeling, but do not get into details concerning the god’s technology, motivation, or their whereabouts. By contrast, in these pages I attempt to touch on the following questions: 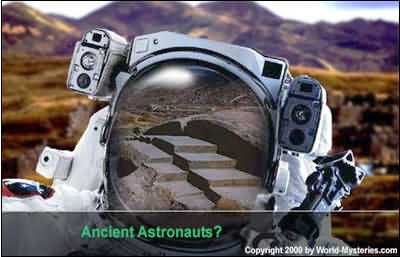 The AA Hypothesis in Brief

AAs first came to Earth many millennia ago.
They were beings whose biology was similar to modern humans.
They created modern mankind by mixing their genetic makeup with that of sub-humans.
The purpose of mankind was to serve the AAs, principally by providing food and mining and construction labor.

The AAs did not allow humans to view them – only their symbols (idols), suggesting that their appearance was frightening; however humans were occasionally permitted to see their emissaries, e.g. “geniuses” and “angels”. 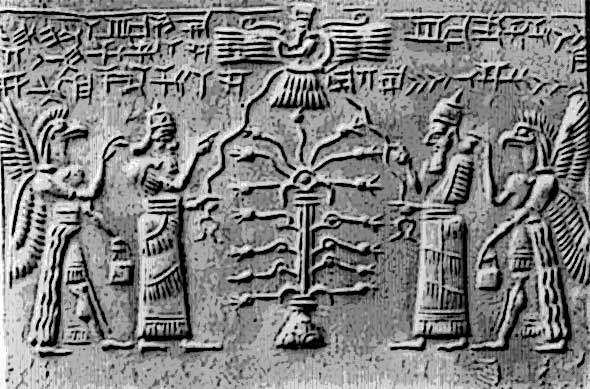 They also would not allow humans near them, except priests who had cleansed and covered themselves and spread a germicide, suggesting their susceptibility to earthly diseases.

They apparently moved about the Earth in spacecraft using chemical fuel, and only landed on mountaintops or other rocky outcroppings; this reduced the dust and provided physical protection from humans, and disease control. The earliest sites had a cave under the rock that protected the priests during the coming and going of the spacecraft.

16 On the morning of the third day there were thunders and lightnings, and a thick cloud upon the mountain, and a very loud trumpet blast, so that all the people who were in the camp trembled. 17 Then Moses brought the people out of the camp to meet God; and they took their stand at the foot of the mountain. 18 And Mount Sinai was wrapped in smoke, because the LORD descended upon it in fire; and the smoke of it went up like the smoke of a kiln, and the whole mountain quaked greatly. 19 And as the sound of the trumpet grew louder and louder, Moses spoke, and God answered him in thunder. 20 And the LORD came down upon Mount Sinai, to the top of the mountain; and the LORD called Moses to the top of the mountain, and Moses went up. 21 And the LORD said to Moses, “Go down and warn the people, lest they break through to the LORD to gaze and many of them perish. 22 And also let the priests who come near to the LORD consecrate themselves, lest the LORD break out upon them.”  — Exodus 19:16-22

Later they built, or provided humans with tools to build, cyclopean structures – huge earthen, baked brick, or stone ceremonial platforms and pyramids, which served as landmarks and as landing and feeding sites. 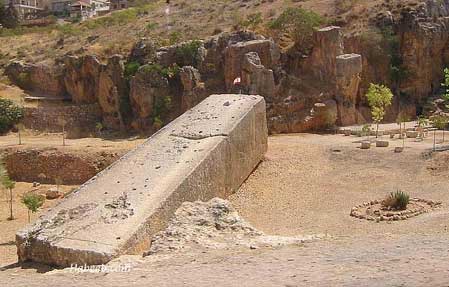 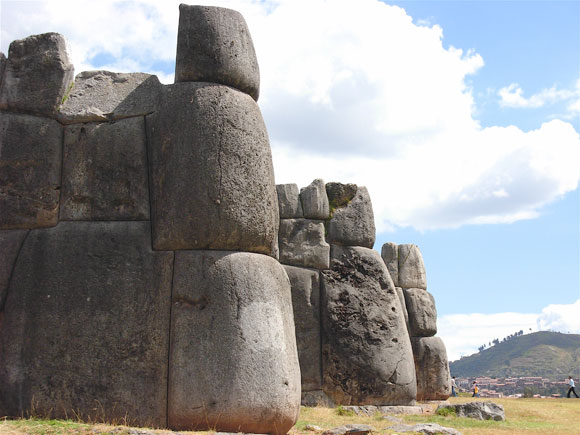 Since they had little defense against earthly bacteria, they developed methods to nourish themselves with the vapors emanating from food and drink which humans provided and burned for them. The food and drink was provided through the custom of sacrifice, the burning of the meat and blood of animals, and sometimes humans, which the AAs demanded. These ceremonial and feeding sites were located all over the world, most on or near the current equator or near earlier pole-shifted equators. 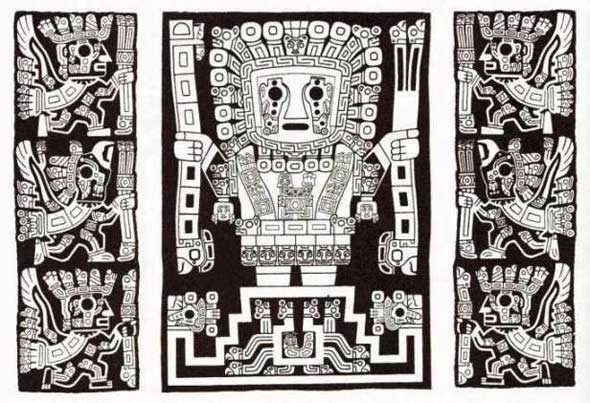 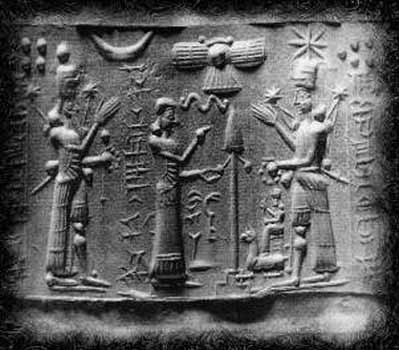 They then departed from the face of Mankind.

The grand aim of all science is to cover the greatest number of empirical facts by logical deduction from the smallest number of hypothesis or axioms.   – Albert Einstein

The following twenty clues in support of the AA theory come to mind:

The Galaxy Has Been Colonized

This, then is the paradox: all our logic, all our anti-isocentrism, assures us that we are not unique – that they must be there. And yet we do not see them!  – David Viewing

Physicist Enrico Fermi once asked: “If there are extraterrestrials, where are they?”
“If they existed,” he said, “they would be here.” It was a casual question over lunch, and I suspect that if he had thought further about it he might have further speculated, “or have they been here and have left?” We’ll never know, but his question, which became known as the “Fermi Paradox” or “Space Travel Argument”, raised a great deal of discussion in the SETI community.

The paradox lead a few scientists – Freeman Dyson, Michael Hart, David Viewing and Frank Tipler among others – to speculate that any older technologically advanced civilization would have colonized the galaxy by now, and since they are not here, they don’t exist; therefore “SETI is a waste of time and money”.

The “space colonization” proponents argue that the use of nuclear propulsion at, say, 1/10th the speed of light could easily be accomplished, and that if only one advanced civilization existed in the galaxy it could colonize the galaxy in a mere 1-10 million years. They then conclude that “we don’t see them here; therefore they do not exist”. The argument apparently assumed that the alien’s would physically occupy all the habitable planets rather than just develop them. I think this was where they got off track.

Others have countered. Kuiper and Morris (1977) stated, “The search for extraterrestrial intelligence should begin by assuming that the galaxy has been colonized”. The paper was more wild speculation but the positions and titles of the authors, and a few equations, were apparently enough to get it into the journal Science.

But there is another reason we should assume that it has already been “colonized”. In a recent paper astronomer Dr Charles Lineweaver (2001), studying the tricky business of terrestrial planet formation, argues that “…this gives us an age distribution for life on such planets and a rare clue about how we compare with other life that might inhabit the Universe.” From the age distribution he then concludes, “most of the life forms in the universe have had two billion years longer to evolve than we have.” Apparently we’re the new kid on the block.

As used here “Colonization” is probably a misnomer, since in our case the ancient astronauts goal seemed to be the extension of their biology, knowledge, laws, and technology, by example or by physical manipulation of the biological blueprint of the most promising animal they found here; sort of a galactic migration of intelligence, survival traits and culture, rather then physical beings. It appears that when we attained a certain technological level they got out of the way.

My thought here is that their argument is forceful but their conclusion is incorrect. It is in fact a powerful statement in support of the AA hypothesis – that the Earth, probably along with most habitable bodies in the galaxy, has indeed been colonized by ancient astronauts and, at least in part, we are them! Curiously, to my knowledge, none of the AA authors have appreciated the compelling logic of this argument and the strong corroboration it gives to the AA theory.

The Gods Meet Men in Prehistory  >>>> 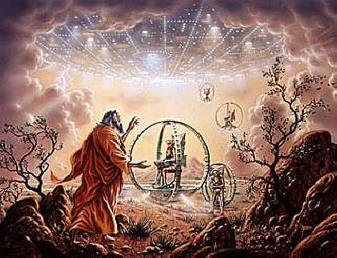 The Bible contains many descriptions that defy convincing explanation on the grounds of theology.
Follow these links below to unaltered quotations from the Bible and come to your own conclusions: