The Carnac stones are an exceptionally dense collection of megalithic sites around the French village of Carnac, in Brittany, consisting of alignments, dolmens, tumuli and single menhirs. The more than 3,000 prehistoric standing stones were hewn from local rock and erected by the pre-Celtic people of Brittany, and are the largest such collection in the world. 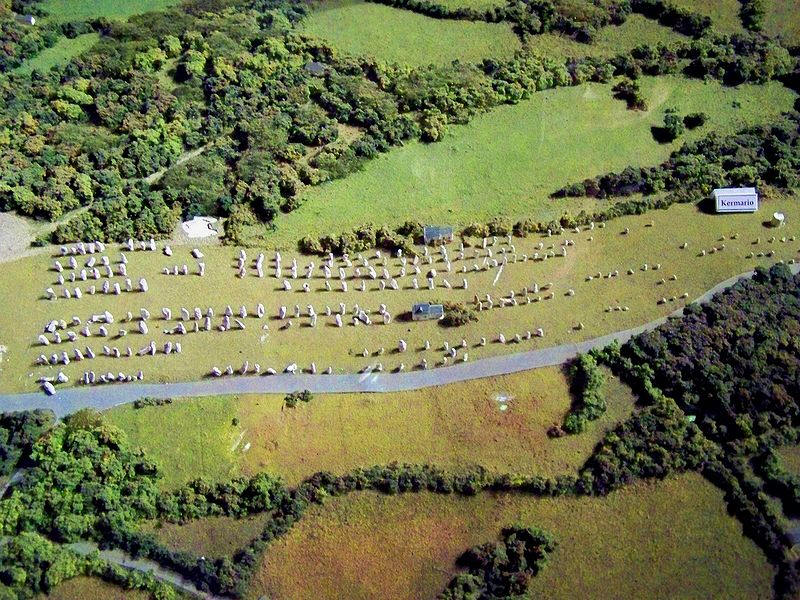 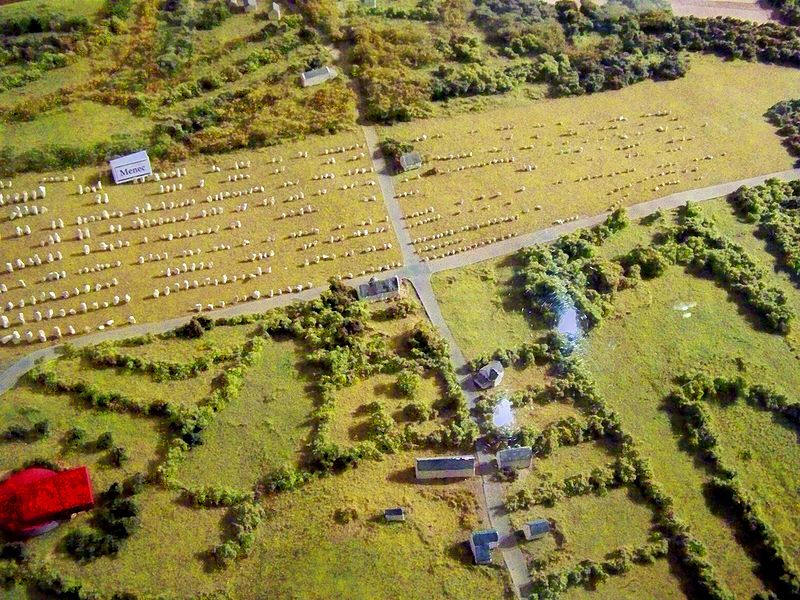 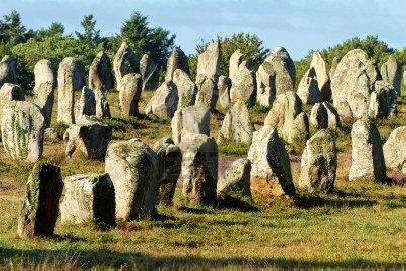 The Alignments of Carnac:  a Royal Mausoleum of the Megalith Builders?

Who were the Megalith Builders? Archaeologists agree about the independent origin of European megalithism, but neither about the origin nor the kind of relationship, if any, existent among the various megalithic areas. The typical “diffusionist-inventionist” controversy is very present at this case. Diffusionists emphasize the role of diffusion, i.e. the spread of cultural elements from one area or group of people to others by contact, rather than independent invention or discovery. The discussion becomes very subtle in megalithism because it is not clear where the borderlines (and of what kind) lied among the European Neolithic inhabitants, and to which extent these people were able to travel and interact among each others.
Based on the interpretation of the physical archaeological remains, Euan Mackie proposes the existence of a consistent tradition carried across Neolithic Britain by a theocratic elite, whereas mainstream archaeologists prefer the idea of local not-well communicated chiefdoms.
My research aligns with MacKie’s side, and goes much further. In this article, I am going to deal with the largest and most spectacular among the megalithic monuments: the Alignments of Carnac. This extraordinary site of Brittany (peninsula of NW France) contains only itself more than 3,000 standing stones, huge granite menhirs aligned in several rows along approximately 4 km, divided into three main modules and a last one much smaller and degraded.
Many hypotheses have been raised, some really unusual, to explain the purpose of these alignments; for example, an antiquarian of the last century suggested that it could be the fossil of a large snake. Others suggested that it might be a Roman camp, or a way to temples disappeared, or even a prehistoric earthquake detector. A local legend says that they were Roman soldiers petrified by God while they were chasing St Cornelius, the local saint. Alexander Thom proposed, as he did with many other megalithic monuments, that they could have been an ancient astronomical observatory. However, the most accepted hypothesis is that they formed a huge necropolis; in fact, in the vicinity of the alignments there are several mounds with a more obvious funerary purpose, such as that of Saint-Michel, one of the oldest in the world.
A colossal monument such as the Alignments of Carnac necessarily require an equally colossal labor in its construction. Archaeology is faced with the dilemma of finding a megalithic society that complies with the grandeur of its monuments. What type of social organization would allow such a display? We should keep in mind that we are talking about the fourth millennia BC, i.e. the European Megaliths Builders preceded those considered as the earliest civilizations (Mesopotamia and Egypt).
Based on the mainstream hypothesis of Carnac being a necropolis, and in the fact that the employ of large amounts of manual labor is a typical characteristic of hierarchical societies, it can be speculated about the rocks having a representational function, each one representing one leader.
The sad incident of the disappearance of some of the stones impedes to be precise, though it could still be interesting to make a rough calculation with at least the three main modules. Le Ménec is the most western one, with 1,100 menhirs in 11 rows that would, therefore, represent 100 leaders of a confederation of 11 chiefdoms. Kermario has 982 menhirs in 10 rows, indicating again another 100 leaders of a confederation of 10 chiefdoms, and Kerlescan has about 550 menhirs in 13 rows, and would represent half the number than the two previous modules (50 leaders).
The height of the menhirs decreases from west to east in each of the modules, which could be explained assuming that the time direction moved also from west to east, because it seems more reasonable to expect that the previous leaders were more revered. If this is so, Le Ménec would be the representational mausoleum of the first 100 leaders, Kermario of the next 100, and Kerlescan of the last 50 (of each chiefdom). At this point in the history of the confederation, the mausoleum would be continued in a much more reduced scale until its complete cessation, corresponding this terminal phase to the module of Le Petit-Ménec. In conclusion, we could round all this calculation to a confederation of ten or so chiefdoms, that lasted along 250 successive leaders.
There is no a clear date of construction for this monument, which, given the huge amount of labor and corresponding extend of time that it had to require, is not surprising, though it is estimated that its main phase of construction took place along the final centuries of the 4th millennium BC. Therefore, we could propose that this was about the time its builders decided to immortalize in stone their records, a work that they would continue in the following centuries, at the same time that they added the successive leaders of their present epoch.
If we now consider the 3,000 years of megalithic phenomenon in Western Europe as the time span this confederation was effective, we would obtain that each leader would have ruled an average of 12 years (3,000/250). Obviously, if we were to choose a different time span, the result would be different; for instance, if we assume a longer time, stretching from 4800 to 1200 BC, as proposed by some authors, then we would obtain an average of 14.5 years per leader (3,600/250). The main point of this calculation is not to be precise, but to show that its outcome is reasonable.
In summary, here it is succinctly proposed a very simple and ground-breaking working hypothesis that presents the megalith builders as a culture politically organized in a confederation of about ten chiefdoms, who built the Alignments of Carnac as their “royal representational mausoleum,” each stone representing one of the leaders of their history.