The ancient Egyptians had an awareness of the intellectually defined radial distance, in cubit measure, which we identify as 20.625 inches. They not only were aware of its existence, they avoided its practical implementation. They did so fully aware of the confusion it would create for later students of Egypt. They were building an environment of awe.

The sexagesimal 20.626 theoretical divisions of a circle are identical to the English 20.626 inches in one Egyptian Royal Cubit.
That Egyptian cubit had to be created at the same time as the theoretical divisions of the circle — both of which admitted the underlying English inch.
In other words the Egyptian standards of measure had to originate at the beginning of our civilized time keeping, prior to Sumerian or Babylonian or older Mesopotamian culture. 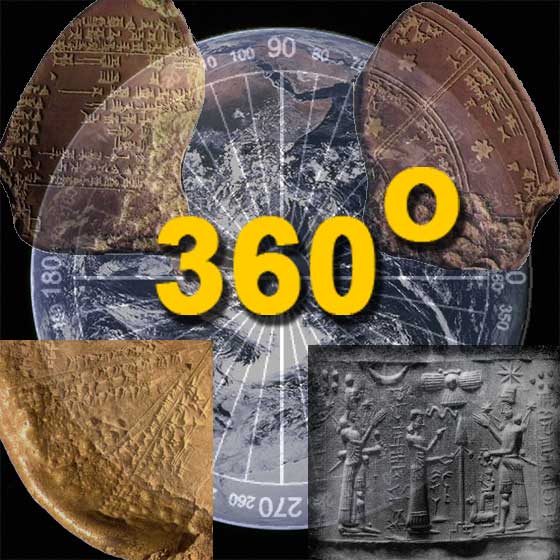 Sometime in remote antiquity, somewhere in the Middle East, someone devised a method for dealing with circles:
He said there are 360 degrees, 21,600 minutes, 1,296,000 seconds in a circle.
This rule is true regardless of the size of the circle: one inch diameter or a million miles. As such it has no mathematical dimension.

The number 206,265 is used by astronomers to estimate celestial objects that are at great distances.
For example one Parsec is equal to 206,265 AU, where AU is the distance from the sun to the earth.
However, our interest is terrestrial, not celestial.
We can take the number of units in the radius of a circle and massage it into a form that is much easier to manipulate.
We do this by reducing the size of the number.
We can divide this number by 10,000.
The number 10,000 would not occur naturally, by itself. It is a number devised by intelligent mind.

The fact that 10,000 is so neatly suited to our goal makes it outstanding as an intelligent step in our process.
We get 20.626,480+ units.
This number is purely intellectual. It has no basis in the literal world. It is defined mathematically.
We should remember that this number is defined as a distance along the radius of the circle which constitutes our intellectual framework.
I shall now show why this is such a startling number.

20.626+ is the length of a Royal Egyptian Cubit in English inches, now accepted in the scholarly world.
Within our ability to measure, the two numbers are identical, one an intellectual creation from long in the past, the other a measured length.

How could this be?

Such a coincidence can come about only if some created intellect put his finger into the mix many millennia ago. In other words, some superior intelligence in remote antiquity caused it to appear in this identity. It did not come about accidentally, strictly of its own ability. He defined the Egyptian royal cubit to be equal to this special length.

Note that this equality is recognizable only when defined by the English inch. (We also defined the radius of the earth by English inches. See Table at the bottom of this Paper.) 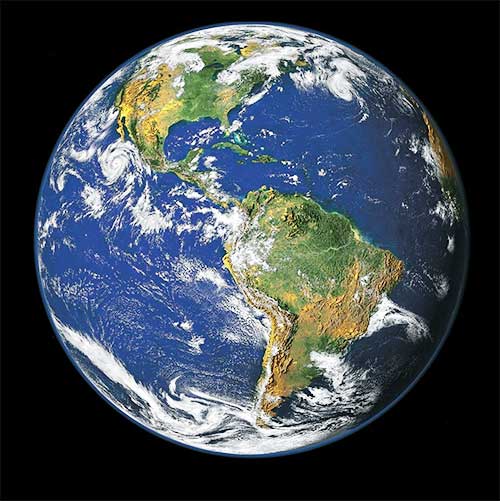 Official value for equatorial circumference of the Earth is 40,075 kilometers and the mean length of the year is 365.2425 days

Perhaps unit of length called foot did not originate from a part of anatomy of an ancient king or pharaoh but from circumference of our planet???

It is not by coincidence that feet and inches and Royal Egyptian Cubit are connected with dimensions of our planet!

Examples of irrational numbers include the ratio Pi , Euler’s number e, the golden ratio phi , and the square root of two…

The mile is an English unit of length equal to 1,760 yards (5,280 feet)  and standardised as exactly 1,609.344 metres by international agreement in 1959.
The origins of English units are “extremely vague and uncertain”

A nautical mile (symbol M, NM or nmi) is a unit of distance, set by international agreement as being exactly 1,852 meters (about 6,076 feet).
Historically, it was defined as the distance spanned by one minute of arc along a meridian of the Earth (north-south). 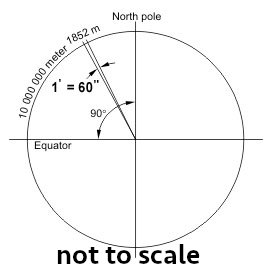 Since meter is defined by the Earth’s circumference, there is clear connection of cubit and the size of our planet 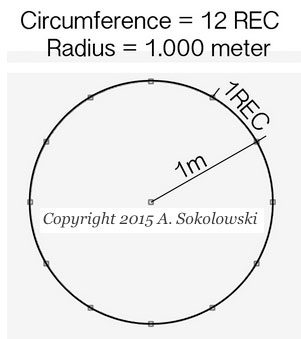 There is an amazing correlation between the Royal Egyptian Cubit and  – used during pyramids construction in Teotihuacan in Mexico): 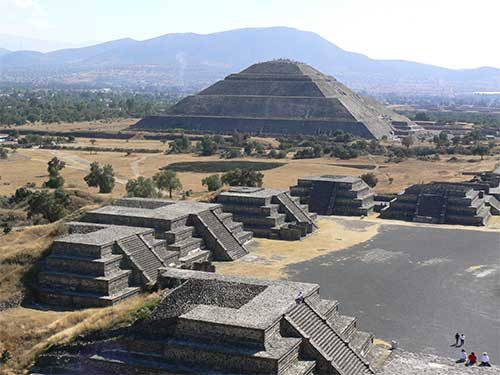 There is unexpected connection between Royal Egyptian Cubit and TMU: 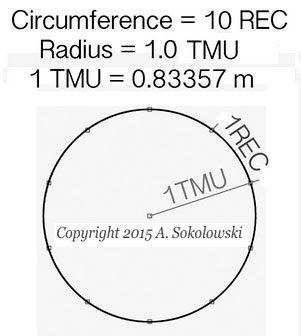 Compare with the tabulations from Petrie, Kha’s Gold rod, and others given above.

Clearly we see no obvious reason why the digits, palms, and length should not be fixed with one another.

it is curious that not a single one of these has yet been discovered.

For more than 150 years that consensus has not changed.

As I have already pointed out the cubit and digit have no integral relation one to the other.

Petrie then tries to find a relationship in the squares of diagonals, and continues with

This is certainly the only simple connection that can be traced between the cubit and digit; and if this be rejected, we must fall back on the supposition of two independent and incommensurable units.

Anyone in this civilized world who has used measuring sticks knows that the divisions are directly and tightly related to the total length: everyone. Why did the ancient Egyptians void a rule that is so natural?

They were forced to these strange manipulations by the simple fact that they did not want to admit the open acknowledgment of that mysterious and magical length we know as 20.626.

Otherwise why would they build the greatest building in the world, with such tight control, tighter than any building since, and give it 20.611 inches per cubit instead of 20.626?

Lepsius then wanted to know why those ancient Egyptians would devise a short cubit of 17+ inches. “It is also obvious how improbable it would be that one would have used a shorter cubit alongside the ‘royal one’ at the same time and in the same place, the difference between these construction cubits being the width of a palm . . .”

For a simple and practical reason: When they were building an edifice they did not need to bother themselves with the length of a regular cubit of 20.626 inches. All the builders had to do to avoid 20.626 was multiply 6/7.

As Lepsius said: “The assumption that the great or royal cubit, not just the small one, would have been divided into only six palms seems so much more probable to me.”

Lepsius was part way there. Unfortunately, in spite of his tremendous technical contribution to our understanding of Egypt, Petrie was not; he went off into mathematical meandering.

Civilized time keeping began with a coordination of structural elements that included the English Inch, the Egyptian Royal Cubit, and the sexagesimal circle.
We found the last in the structures of 500 BC, when the Greeks resorted to methods that remembered the sexagesimal component.

You will find remarks scattered here and there about a Divine Hand introducing itself into our civilized language. That was the hand that came down to us through the long spread of time –thousands of years.

All of these memories had to be placed in the script of metrology at the beginning of civilized time. Not only sexagesimal definition of the circle, which we all admit, but also the Egyptian Royal Cubit and the English Inch. When Petrie wrote his Pyramid book in 1883 he could not then commit himself to the Egyptian Royal Cubit prior to the first dynasties. He still considered Egypt as an evolutionary phenomena. But the Egyptian Royal Cubit has to go back in time — way back in time. Now we know that the English Inch also had to go back in time — way back. Regardless of the route it followed, down through Anglo-Saxon ages, it was held constant by all those people. Otherwise we would not retain the metrology record preserved through all those ages.

But an even more important phenomenon attaches itself to this long hidden record: that it should be recovered only now at the end of our age.

Yes, this is the memory of a Divine Influence that we lost long, long ago.

God is bringing himself back into relationship with man. He lived here 2,000 years ago. And died in a stupendous price that we would remember.

Only now are we recovering the metrological memory. But we must pay an equal stupendous price.

Any units of measuring length have to have a physical size in order to be used for measuring size/distance ( not just a theoretical number, like Pi/6 = 0.5236 ).

Here is a likely explanation how Royal Egyptian Cubit ( used during construction of Giza pyramids ) was created.

Ancients assigned 360 degrees to a circumference of a circle, and further divided each degree into 60 minutes and each minute was further divided into 60 seconds (of arc).

Ancient Egyptian priests ( astronomers/surveyors) were able to mark on the ground 2 points separated by known amount of minutes or seconds of arc.
For example distance of 1 min of arc could be established and divided into 5,000 smaller units they named Remen.

They also created for pyramid construction unit called
Royal Egyptian Cubit which was defined as (sqrt 2)* Remen ( diagonal of a square with side = 1 Remen).

It is possible that meter was defined in ancient times as 1/40,000,000 part of Earth’s circumference.
In order to get physical value of such unit of length (e.g. to create a 1 m rod), someone would have to measure it (on a smaller scale).

Since meter is defined by the Earth’s circumference, there is clear connection of cubit and the size of our planet.

The length of the Egyptian Royal Cubit

Based on “The Pyramids and Temples of Gizeh” by W.M. Flinders Petrie. 1883.

The unit of measuring length used by the ancient architects in the construction of the Great Pyramid was the Royal Cubit.

Petrie estimated the value of the Royal Cubit using some key dimensions of the Great Pyramid:

The Average value of the RC  (based on above numbers) is 20.61 inches.
It’s almost universally accepted that archaeologist Flinders Petrie’s determination of the royal cubit length at 20.632 inches, from his measurements of the King’s Chamber in the Great Pyramid of Giza, was the likely measure to survey the dimensions of that pyramid, 440 royal cubits per base side, but the experts stop there, not then letting you know that those 1,760 royal cubits which total the Great Pyramid’s base perimeter length, when multiplied by 20.632 inches, equals half a modern nautical mile, or 1/7,200th of the radius length of the earth, so there certainly is a connection.

By most accurate series of measurements Petrie concluded that the royal cubit standard for the Great Pyramid was 20.620 ± .005 inches ( 523.7 mm).

Another interesting coincidence encoded in the Royal Cubit: