Mobile phones are now the singular port of call for communication, entertainment and safety. But most of us are being hounded by spam calls at home, or work, in the car, while we are having dinner or even when we are trying to get some sleep.  Unfortunately with so many cellphone numbers being collected in databases and made available to companies, it has become so much easier for our numbers to be compromised. Unwanted phone calls or random text messages pitching a product or service at all hours on mobile phones and other mobile devices is now a common occurrence. Spam calls have become far more intrusive than ever before and it may seem like an unavoidable part of telecommunication changes.  But there are steps you can take to reduce the volume of spam you receive. 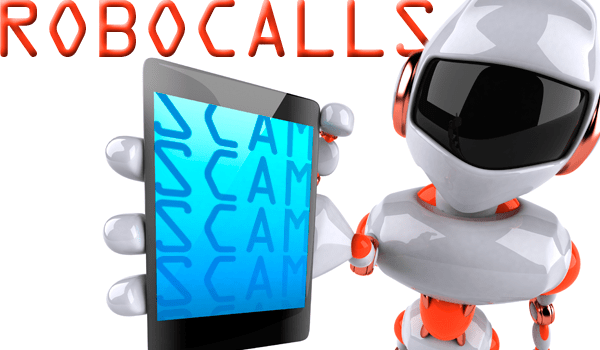 Reasons For The Spike In Robocalls

Lately a lot of American consumers have been receiving robocalls  or automatically dialed calls, with the automated voice on the other end trying to collect information or trying to sell goods or services. The unscrupulous businesses behind robocalls use autodialers to make thousands of calls a minute and don’t bother to check if the numbers are on the Do Not Call Registry. Most businesses are not allowed to hit you with prerecorded telemarketing messages, without prior expressed written consent for that call. Only political robocalls and informational robocalls from health care providers, banks and schools, are still allowed, though. Despite increasing efforts to stop them, in May 2017 alone, there were 2.6 billion robocalls in the U.S. In 2016, the FTC received nearly 3.5 million robocall complaints, which rose up 60% from the previous year.

Spamming numbers with prerecorded messages has become cheap and easy. The voice over internet protocol technology made international calls inexpensive and millions of calls can be made from anywhere in the world for literally less than a cent a call so phone scammers began relocating outside the U.S. to stay out of the reach of regulatory authorities.

Fraudulent companies are also using another popular trick known as “call spoofing”—thanks to inexpensive automatic dialing machines and spoofing tools that hide the source of the call from your phone company and input fake caller IDs to make it seem like they’re calling from within the country.

An unwanted sales call or even a robocall can often also be a scam.  You may be surprised to learn that thousands of people are cheated out of their money—from a few dollars to even their life savings—through telephone scams.  Learn to see through these scammers in disguise even though they may call you by your first name, engage you in small talk, or claim to work for a company or government organization you trust. You can even be approached through mail, texts, or ads to get you to call them for more details. Scammers frequently use fake prizes, products or services as bait. You must have heard one of these lines-

If you hear anything similar, just say “no, thank you,” hang up, and file a complaint with the FTC.

Some common phone scams you should be aware of are tech support scams, romance scams, and loan and refinancing scams. The two most notorious scams to look out for today is the IRS phone scam, where the caller claims to work for the IRS and demand immediate payment, and the “Rachel from card services” call, wherein an automated voice informs that you qualify for a new credit card in order to get financial information out of you. Be wary of any such calls claiming to come from card services, tech support or even your phone company that need you to handover your personal information or credit card details. Even if you think that the call is legitimate, it is better to hang up and call back using a number you trust.

What Should You Do To Report Spam Calls

If your number is on the National Do Not Call Registry and you still get calls, they’re probably from scammers ignoring the law. Don’t press buttons to request to speak to a live operator or to get your number taken off the call list. You’ll just end up getting more unwanted calls. Hang up and, as we discussed in our last blog article, report it to the Federal Trade Commission at complaints.donotcall.gov or report it on 1-888-382-1222.

All IRS scam calls can be reported to the Treasury Inspector General for Tax Administration (TIGTA). And report any consumer related phone scams to the Federal Trade Commision’s Complaint Assistant.

If you get a random text message from a number you don’t recognize that you suspect to be scams, don’t text back or click on links. Report it to your provider at 7726 (SPAM) and to the FTC at ftc.gov/complaint or 1-888-382-1222.

Finally, block the number of any confirmed scammer. Although telemarketers will use many numbers, you can reduce a number of unwanted calls by blocking the number that initially called you.  Consider contacting your phone provider to ask them if they have a service to block unwanted calls. Alternatively you can also buy a mobile app (Nomorobo, Hiya, Truecaller) to protect you from tele-predators.

Hopefully this article will help arm you with enough resources to stop spam calls or at least to significantly reduce how often you get them.