For those of you who think this article will bash Middle-Easterners and praise the red, white and blue of American Blackhawk troops in light of recent events bringing down Osama…readers will be very disappointed.  Apparently, the death of a man and his entourage has caused world-celebration?

People have been given the illusion of a moment of safety from the new ‘Hitler’ who wore a turban.  Are we any safer?  The frightening aspect we hear in the news now is ‘retaliation.’  This is a time when America and other nations should WITHDRAW soldiers.  Militaries/foreign occupation on their sands were supposed to be on the decline when inspectors found ‘NO weapons of mass destruction.’

Consider what has recently occurred to Pittsburgh Steelers running back, Richard Mendenhall.

‘The Pittsburgh Tribune-Review reported Friday that Champion “strongly disagreed” with the tweets and ended a new four-year contract the player recently signed. Mendenhall has endorsed the company’s products since entering the league in 2008. Mendenhall on Monday questioned the public celebrations of bin Laden’s death, and whether the World Trade Center towers were really brought down on Sept. 11, 2001, only by crashing two hijacked airliners into the buildings.’  (5/6/11).

‘Would the Steelers seriously part with Mendenhall because of what he said on Twitter?’

‘Tough to fine someone for free speech.’

Richard Mendenhall has been slandered, ridiculed and criticized for speaking his mind.  He has lost endorsements, millions of dollars and possibly his entire professional career.  He has been called a ‘nut,’ ‘an idiot,’ ‘bizarre,’ ‘ignorant,’ and ‘uninformed’ with his ‘off-the-wall’ comments on 9/11.  Richard Mendenhall is absolutely right.

Television, radio, the papers and other news media are in the process of ruining Mendenhall.  WE, you and me, can speak our minds because we do not have large followings.  ‘They’ do not mind small, unorganized, independent groups sifting through what is REAL.  But…if you are famous and have fans interested in your opinions, then you better shut up and goosestep along fascist lines. ‘They’ will even go after the likes of Donald Trump if he questions the birthplace of the President.

Truth is, ten years later, people like Mendenhall and many others have discovered a different 9/11 other than TV or media’s interpretations (brainwashing) of 9/11.  Many people have reviewed the enormous amount of evidence that 9/11 was an ‘inside job.’  We are just not allowed to talk about it on FASCIST-CONTROLLED TV and other media. Read this article: ‘It Wasn’t Muslims.’

It is people like Richard Mendenhall and conspiracy theorists who are truly the INFORMED ones.  They are the ones not-brainwashed. We are not permitted to criticize our government.  This is not freedom and liberty.  USE YOUR EYES and see the truth with a film-loop of the second 9/11 plane crashing into the second WTC tower: 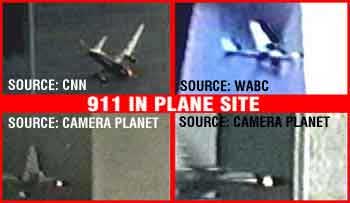 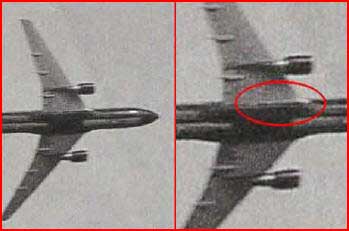 Was Extra Equipment Attached To Flight 175?

FORGET MEDIA PROGRAMMING and LOOK at the MISSILE ATTACHED to the lower side of the plane’s fuselage.  Since when do commercial planes takeoff with huge missiles on their undercarriage?  A good DVD disk to get exposing the real terrorists is called ‘In Plane Sight’ because the truth is directly before your eyes.  There is not supposed to be a bulbous attachment on the bottom side of planes.  Remember, Muslim terrorists did not use sophisticated missiles.  Yet, evidence points to a sophistication on the level of the CIA.

EXAMINE THE FLASH.  We are told it was when the very front or tip of the plane sparked against the building.  But, our eyes inform us the spark came FROM THE LOWER SIDE AND HAPPENED BEFORE IMPACT.  In fact, we see that the FLASH comes out of the attached missile that is not supposed to be there!

If we truly examine the second plane in detail, we discover that it is not a commercial airplane at all.  The deadly projectile is smaller and gray, without windows.  The aircraft was probably RADIO-controlled with no one onboard.  State-of-the-art terrorists could have been at computer screens; guiding it and a moment before impact, ignited the attached missile.  It is the MISSILE THAT FIRES and your eyes can plainly see it.  But, do you want to realize the truth?

Online, readers can find my article (“The Great 9/11 -Magick Trick“) and many/many others exposing what really happened or closer to what really happened on 9/11/2001.  You will never receive this information on television.  Why is it the Internet-universe knows well that there were demolition bombs already in place and brought the towers down like any building demolition, BUT this cannot be hinted at or shown on TV without a firestorm ensuing?  Is that free speech?

What struck the Pentagon?  Certainly not a plane; there was no shred of a plane.  Airplanes do not disintegrate upon crash.  Something should have remained of a plane and there was nothing.  The first hole in the side of the most-protected and filmed building was small; nowhere the size of a plane.  Later, the façade fell or made to fall which assumed a larger hole.  Now, why not admit that it was a missile that struck the Pentagon?  Why push the lame story in the press of a misguided, commercial aircraft?  OH, that’s right…the terrorists were supposed to be primitives with box cutters and not sophisticated enemies with sophisticated technology.

In a free society, we have the right to pursue the evidence.  We certainly must be permitted to SHARE information, no matter how sinister we discover it to be.  This old writer (now 60) sees the youth of today with their freaking Facebooks and Twitters and cell phone implants…but, what are we really saying to each other?  We’re good at debunking; we’re good at criticizing; we’re good at tearing apart the truth and only passing along misunderstandings.  What good is tech if we still are no closer to the truth?  Are we learning?  NO; we are not learning.  The truth is not something we WANT to acknowledge.

Conspiracy theorists do not deny the fateful, tragic events of that September morning; they deny the federally-controlled media’s VIEW of them.

Ever wonder why we do not see Democratic protests against the war at the Oscars like we saw in the 60s/70s?  Celebrities would not DARE these days.  Their built-up empires can be toppled so easily.   Also, before I receive a firestorm of criticism for my unpatriotic tendencies using a provocative word like ‘FASCISM’ for American society…maybe the uninformed can look up the definition of ‘fasces.’

Fasces (a plurale tantum, from the Latin word fascis, meaning “bundle”) are a bundle of wooden sticks with an axe blade emerging from the center, which is an image that traditionally symbolizes summary power and jurisdiction, and/or “strength through unity”. 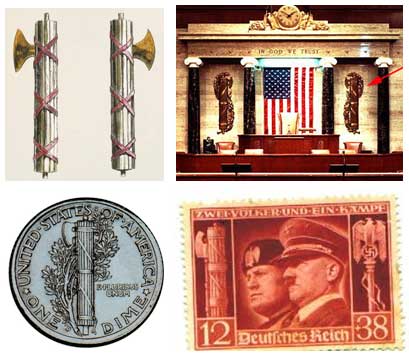 …before young citizens of the USA attack me for sharing information, let me share that the FASCES SYMBOL runs through the halls of Congress and the House.  The symbol has been on U.S. money and in newspapers.  ‘Tied rods with axe head’ is as evil as the swastika.  It means, ‘if we control and unify all leaders, then we have POWER!’

A ‘republic’ is not a democracy, but ruled by a council of dictators or ‘star chamber.’  Look up the definition of REPUBLIC (only they do not use the word ‘dictators’).  Does this sound familiar?  ‘I pledge allegiance to the flag of the United States of America and to the REPUBLIC for which it stands…’

Finally, a quote from my online article ‘The Sith Have Taken Over the U.S.’  ‘There is a scene in Sith (film) where Senator Padme (Natalie Portman) asks Anakin: ‘What if the democracy we thought we were serving no longer exists and the REPUBLIC has become the very evil we have been fighting to destroy?’ Is she really asking, ‘what if America has become the very evil we were fighting in the Second World War?’’ 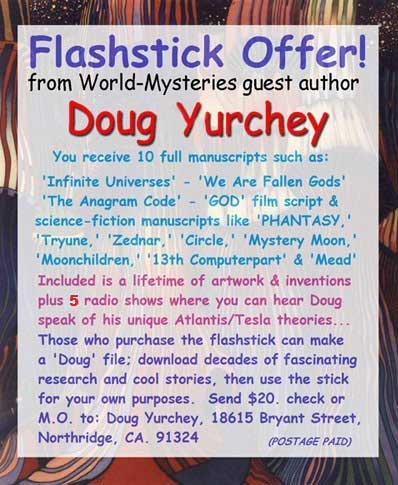 Conspiracy Theory with Jesse Ventura: 9/11: The Pentagon
(what happened and why):