This Model doesn’t just calculate but turns decisions into actions

A new computer simulation of the brain can count, remember and gamble. And the system, called Spaun, performs these tasks in a way that’s eerily similar to how people do.

Short for Semantic Pointer Architecture Unified Network, Spaun is a crude approximation of the human brain. But scientists hope that the program and efforts like it could be a proving ground to test ideas about the brain.

After Spaun was assembled, scientists threw eight tasks at it, some of which resembled IQ test puzzlers, like a complete-the-pattern quiz. Spaun was also asked to reason, memorize and even gamble. As Spaun worked through these jobs, some curiously human quirks emerged. Just like human volunteers, Spaun was better at remembering the first and last number in a series. Also like people, Spaun took longer to count to higher numbers. “That’s the kind of thing we couldn’t program in,” Eliasmith says. To him, that similarity suggests that Spaun is performing the tasks in a way similar to the human brain.

Others disagree. Henry Markram, who leads a different project to reconstruct the human brain called the Blue Brain, questions whether Spaun really captures human brain behavior. Because Spaun’s design ignores some important neural properties, it’s unlikely to reveal anything about the brain’s mechanics, says Markram, of the Swiss Federal Institute of Technology in Lausanne. “It is not a brain model.”

Unlike the human brain, Spaun can’t learn new things outside of the selected tasks, like figuring out how to read Arabic. But scientists don’t really understand how the human brain is so good at general learning, Machens says, so it’s understandable that Spaun can’t do it. The model captures what we know about the brain so far, he says. “In that sense, I think it’s a breakthrough.”

University of Waterloo scientist Chris Eliasmith describes the abilities of Spaun, a new computer simulation of the human brain, which is shown here performing a series of four tasks.

© Society for Science & the Public

A central challenge for cognitive and systems neuroscience is to relate the incredibly complex behavior of animals to the equally complex activity of their brains. Recently described, large-scale neural models have not bridged this gap between neural activity and biological function. In this work, we present a 2.5-million-neuron model of the brain (called “Spaun”) that bridges this gap by exhibiting many different behaviors. The model is presented only with visual image sequences, and it draws all of its responses with a physically modeled arm. Although simplified, the model captures many aspects of neuroanatomy, neurophysiology, and psychological behavior, which we demonstrate via eight diverse tasks. 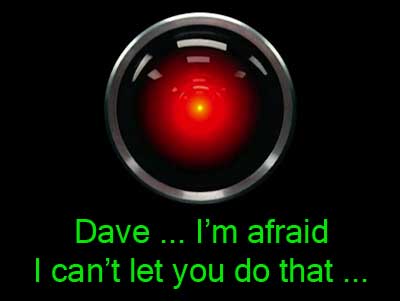