Puma Punku (Bolivia) is not far from Machu Picchu (Peru) and even some of the building techniques of both archaeological sites are within the same engineering expertise. I believe that the engineering proficiency and the tools that created many sites in Peru spread from the central site of Puma Punku. It might have been a base of operations early on, some 13,000 years ago. 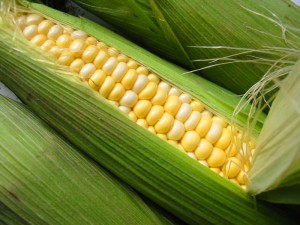 I for one believe that whomever occupied the site must have been also involved in some form of Genetic Engineering or development of the flora and fauna that began to burgeon upon the planet. More and more, today’s scientists (Archaeologists, Anthropologists, Biologists) and others are finding vast evidence that the Amazonian Jungles are full of confirmation that much work was being accomplished there in ancient times (13,000 years ago or the Younger Dryas period). We are only now realizing just how expansive it was. 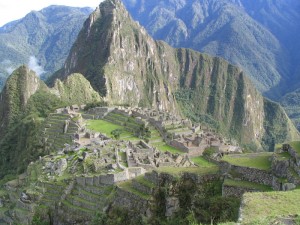 Machu Picchu in Peru holds a tremendous riddle that few can see. Yet, it is readily apparent and reinforced in most photographs of the site. Yahoo or any mapping search engine delivers the visuals of the site where you can see the photos of the fabulous stonework. Can you see what the secret is? Think purposeful planning and also contemplate a 3-dimensional puzzle. The site is nestled in a horseshoe-like river bend high in the cradle of jagged peaks that would withstand much punishment from tsunamis and earthquakes owing to the granite materials. The caves would also offer seclusion. 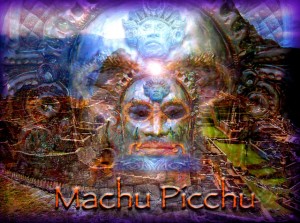 The laying of the engineered stones would be impossible for any ancient savage man to accomplish unless they were more advanced in engineering than we were some 50 years ago! Unless they already had Brown’s Gas or something like a particle beam cutter (laser technology), they could not have created the exacting facades seen within the structures. It would also have required photographic abilities and advanced computer backup to do preliminary requirements for incoming future placement of stones.

Over-unity might have been known back then 12,900 years ago or Texas Aggie-like engineers visited Earth in the years past. Keywords pliability and plausibility, were needed in order to “lock” these massive stones due to the potentiality of earthquakes in many areas of the Earth at that time. Clearly the traditional Inca did not put the base stones down but they did put little stones on top of the heavy highly engineered bases. Evidence of this is everywhere. When the Spanish built their little churches on top of the base stones, the earthquakes destroyed them but the old stones still stood easily. This means the ancients were highly advanced and those more recent could not hold a candle to their work. 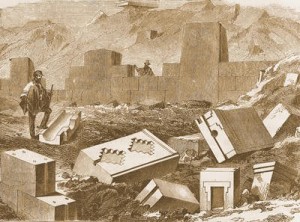 In view of what I have stumbled upon in my research and meditations on Puma Punku, the work at Machu Picchu (indeed all artifacts attributed to the Inca) is much more involved than the silly little plant to which some reference in dissolving stone. If they had a high degree of chemical infrastructure I might believe this and in the end that remains a possibility for expertise in chemical/plastics. They would have had to have almost a whole industry to produce enough chemicals to build all the large structures in Peru. But there is much more to these sites that blows my mind away. I have started to concentrate on what a being would have to do and know intellectually in order to create such works as that of Puma Punku and have determined that they were way beyond our abilities. Their realm must have been so much more highly sophisticated than even our own way of thought. They were a civilization far advanced to accomplish such fine works.

The leftover creations or stone sections of the ancients are so sophisticated in mental conceptualization and engineering not to mention research into realms we do so little toward scientific development. It is like us looking at a brick through the eyes of savage who is still just foraging for insects to eat. In my mind, I see “Predator’s” daddy creating these massive remains. 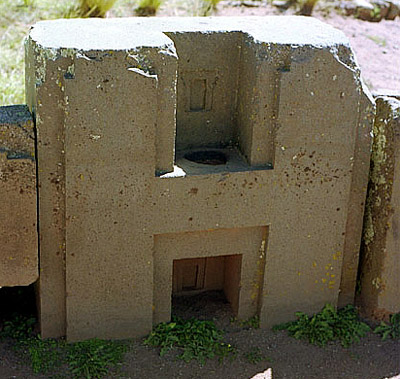 The artifacts left over by whoever the Puma Punkuans were are absolutely unbelievable. If we found them anywhere today, just laying around as leftovers from one of our building sites we would still be amazed and would wonder who had the mentality to do such fine work and how they could accomplish such work. To contemplate upon the tools they used causes one to think about some sort of machine that manifests 3-dimensional or holographic elementals in some sort of Head-mounted display in keeping with preformed specifications and then just converting them into a physical state from that point, not unlike our computers do with graphics. It seems like a form of expanded Photoshop only in 3-dimensions and extruded into reality via Nano-technological means. It is the equivalent of using DNA-like abilities in a different format to physically manifest things from thought. I think of the system associated with the Sefirah of the Sefirot being the manipulation of Da’at. It is a technology we have not yet become aware of and have not explored it to any degree. It reminds me of a form of Virtual Over-unity Engineering — a subject so far in the future little is now known. 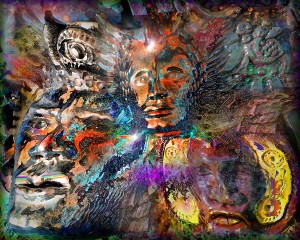 So, who were these great engineers who took to the sky and built a base for the Inca to later come in and build a city? Whoever they were, they were as good as we are at solving engineering problems and they must have had the tools. You would need computers, lasers, chemical solvents and engineering support in order to build as they did. How did they lift the massive stones and few even focus on the logistical support necessary to survey and design such complex structures. Hiram Bingham said, “Only dire necessity and terror could have forced a people which had reached such a stage in engineering, architecture, and agriculture, to leave hospitable valleys and tablelands for rugged canyons. Certainly there is no part of the Andes less fitted by nature to meet the requirements of an agricultural folk, unless their chief need was a safe refuge and retreat.”

Here is a scenario for the need to leave Puma Punku for the safety of Machu Picchu:

AND JOMON SAID: “12,900 years ago, when I was in my youth, my father and I witnessed the first incoming shards of a massive comet called Dragona. It appeared as a feathered serpent as its first splintered pieces came slithering into our sector of the universe spewing its destruction thoroughly upon our beloved work. The massive comet twisted as it fragmented into numerous portions and those who saw it said it resembled a giant snake with a fiery head. Segments of it went into orbit to rain havoc down on the Earth for eons. The heaviest parts drilled deep within the planet causing massive earthquakes. Earlier, as we stood in awe watching it come to our world on our sensors at Home Base (Puma Punku). It was felt as a foreboding and deeply dreaded knowing that we must seek safety immediately. Massive fear swept over the assembled creators on assignment there for we had become accustomed to the good life. We knew all too well, that our time on Earth was about to be transformed by an act that would send massive tsunamis and earthquakes across the entire planet. Our works would be destroyed in an instant and a new test of our abilities was about to begin.

We had already set up an outpost for our research team of geneticists in what is now biru or Peru in a place held in solid unmovable white granite stone in guarded hopes that we could survive with some of our works. We would weather the onslaught of this massive comet in the seclusion of these strong mountains. You now call it Machu Picchu. Immediately we began to build a base there amid those jagged, strong peaks. Tunnels were carved with our projected beams to provide hydra-tight facilities for research and survival. In fact the mountains were perfect as an impregnable base of operations. It still is such today. We were prepared technologically and psychologically but much of the rest of the planet would be caught by surprise. We knew we would have much to do after the onslaught of the event had devastated almost all of what we had accomplished over time: therefore, we set plans into motion for the entire planet. We designated future bases of operations and units that would help survivors and continue to restructure those who had lost their memory of who and what we were due to a psychological stress or trauma to the onboard mentality. It was a long-term plan and I would play a unifying role in its accomplishment as the time-catalyst. In essence, I had to live forever. One wishes we had detected the aberration earlier but no, some had already become complacent via selfishness. Perhaps it was this slovenly attitude that was to set us back due to our awakening negative sloth. Apparently we would face starting over in this sector of the universe. Now, a highly advanced civilization was about to gear up for catastrophe.”

The ancient Egyptians or whomever gave them their tools and technology were even more advanced. It is readily apparent today, that they had tools capable of high-speed cuts and massive saws with diamond tips to cut granite and other hard stone. The lathe work alone should be an indicator of their engineering expertise. We know this because of the striations of their tools on the artifacts they left behind. Their tools are nowhere to be found which is an indication that a select group did the planning, engineering and building of all sophisticated monuments. So what happened to that select group? They apparently were a cadre of aggie-like engineers who kept their tools and engineering know-how close to the vest so they could be in charge at all times. Somewhere along the line, they might have gotten caught in a freak of nature or they may be sequestered at Area 51. They did exist and they did build massive works of engineering genius. Knowledge and wisdom is king but we have such expertise today.

The significance of this mystery is that the evidence is out there to prove the contention. Yes, someone was more advanced in the past and we have lost all knowledge of it. It appears that we are too dumb to even realize that we are not the first to reach the level we are at now, and they seem to have been even more advanced than we are today. If a comet came into our part of the universe today, would we survive in order to pass on our expertise to others in the future times? Do we have the mindset to think of the future when few of us can even contemplate the past?

The relationship between these ancient sites in Bolivia and Peru are indeed SILVER BULLETS to our view of history. Who and where those ancient builders came from should mean a lot to our present situation. We should all be in awe at the engineering that apparently was involved in their environment. By projection to consider the tools they utilized to make these wonderful engineering pieces boggles the mind. I am reevaluating my very consideration/s of who and what we are as beings occupying these forms here in Time/Space! It is time to move the scale of our being/becoming up and out to higher levels. We need to think much larger.