The whole of number has every possible division, and the number 5040 can be divided by exactly fifty-nine divisors, and ten of these proceed without interval from one to ten: this will furnish numbers for war and peace, and for all contracts and dealings, including taxes and divisions of the land. These properties of number should be ascertained at leisure by those who are bound by law to know them; for they are true, and should be proclaimed at the foundation of the city, with a view to use. Whether the legislator is establishing a new state or restoring an old and decayed one, in respect of Gods and temples,—the temples which are to be built in each city, and the Gods or demi-gods after whom they are to be called,—if he be a man of sense, he will make no change in anything which the oracle of Delphi, or Dodona, or the God Ammon, or any ancient tradition has sanctioned in whatever manner, whether by apparitions or reputed inspiration of Heaven, in obedience to which mankind have established sacrifices in connexion with mystic rites, either originating on the spot, or derived from Tyrrhenia or Cyprus or some other place, and on the strength of which traditions they have consecrated oracles and images, and altars and temples, and portioned out a sacred domain for each of them.

Let us proceed to another class of laws, beginning with their foundation in religion. And we must first return to the number 5040—the entire number had, and has, a great many convenient divisions, and the number of the tribes which was a twelfth part of the whole, being correctly formed by 21 x 20 (5040/(21 x 20), i.e., 5040/420 = 12), also has them. And not only is the whole number divisible by twelve, but also the number of each tribe is divisible by twelve. Now every portion should be regarded by us as a sacred gift of Heaven, corresponding to the months and to the revolution of the universe (compare Tim.). Every city has a guiding and sacred principle given by nature, but in some the division or distribution has been more right than in others, and has been more sacred and fortunate. In our opinion, nothing can be more right than the selection of the number 5040, which may be divided by all numbers from one to twelve with the single exception of eleven, and that admits of a very easy correction; for if, turning to the dividend (5040), we deduct two families, the defect in the division is cured. And the truth of this may be easily proved when we have leisure. But for the present, trusting to the mere assertion of this principle, let us divide the state; and assigning to each portion some God or son of a God, let us give them altars and sacred rites, and at the altars let us hold assemblies for sacrifice twice in the month—twelve assemblies for the tribes, and twelve for the city, according to their divisions; the first in honour of the Gods and divine things, and the second to promote friendship and ‘better acquaintance,’ as the phrase is, and every sort of good fellowship with one another. For people must be acquainted with those into whose families and whom they marry and with those to whom they give in marriage; in such matters, as far as possible, a man should deem it all important to avoid a mistake, and with this serious purpose let games be instituted (compare Republic) in which youths and maidens shall dance together, seeing one another and being seen naked, at a proper age, and on a suitable occasion, not transgressing the rules of modesty. 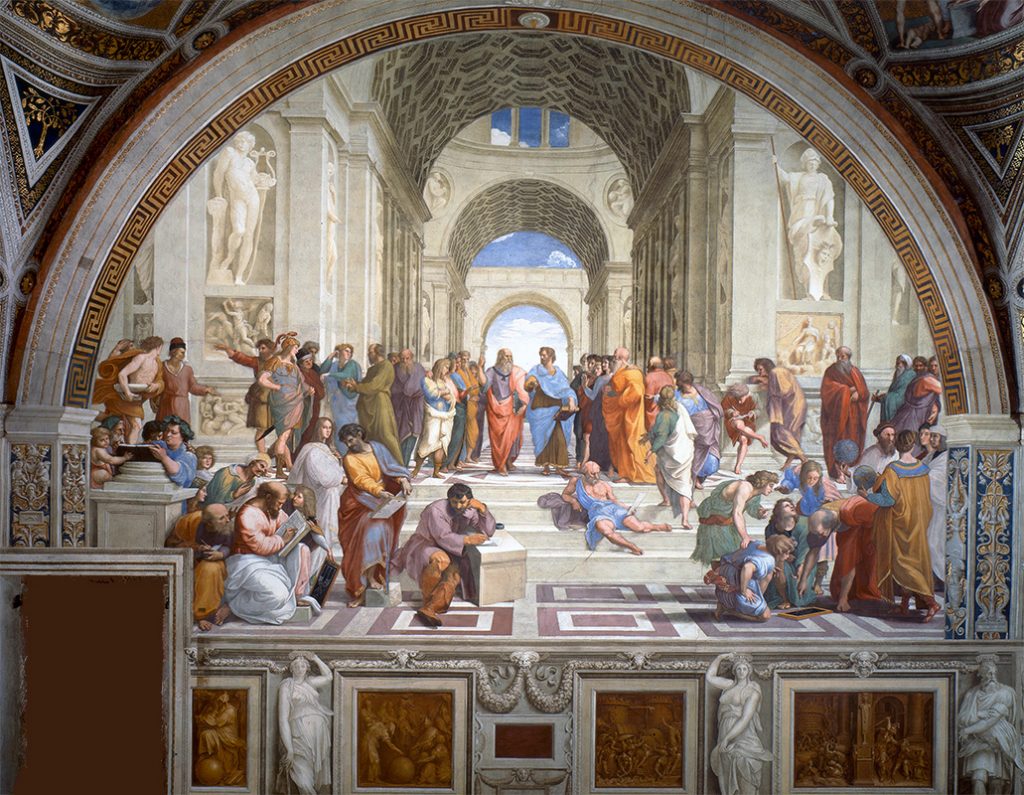 “The School of Athens” by Raphael

Other numbers mentioned by Plato

Further in the Republic another number ( 729) is mentioned, known as the “Number of the Tyrant”

The Number of the Tyrant – PLATO: The Republic, IX

… “Then the tyrant’s place, I think, will be fixed at the furthest remove from true and proper pleasure, and the king’s at the least.” “Necessarily.” “Then the tyrant’s life will be least pleasurable and the king’s most.” “There is every necessity of that.” “Do you know, then,” said I, “how much less pleasurably the tyrant lives than the king?” “I’ll know if you tell me,” he said. “There being as it appears three pleasures, one genuine and two spurious, the tyrant in his flight from law and reason crosses the border beyond the spurious, cohabits with certain slavish, mercenary pleasures, and the measure of his inferiority is not easy to express except perhaps thus.” “How?” he said. “The tyrant, I believe, we found at the third remove from the oligarch, for the democrat came between.” “Yes.” “And would he not also dwell with a phantom of pleasure in respect of reality three stages removed from that other, if all that we have said is true?” “That is so.” “And the oligarch in turn is at the third remove from the royal man.  if we assume the identity of the aristocrat and the king” “Yes, the third.” “Three times three, then, by numerical measure is the interval that separates the tyrant from true pleasure.” “Apparently.” “The phantom of the tyrant’s pleasure is then by longitudinal mensuration a plane number.” “Quite so.” “But by squaring and cubing it is clear what the interval of this separation becomes.” “It is clear,” he said, “to a reckoner.” “Then taking it the other way about,  if one tries to express the extent of the interval between the king and the tyrant in respect of true pleasure he will find on completion of the multiplication that he lives 729 times as happily and that the tyrant’s life is more painful by the same distance” “An overwhelming and baffling calculation,” he said, “of the difference between the just and the unjust man in respect of pleasure and pain!” “And what is more, it is a true number and pertinent to the lives of men if days and nights and months and years pertain to them.” “They certainly do,” he said.
–http://www.spirasolaris.ca/sbb5a.html

Hence, if a one-unit (1×1) square represents the degree of closeness of the tyrant’s pleasure to true pleasure nine times removed from it (“So a tyrant is three times three times removed from true pleasure” Republic Book IX), the image of true pleasure is therefore a nine-unit cube.
It follows that the philosopher king lives 729 times more pleasantly than the tyrant (9x9x9, or 3^6).
The number 729 was significant to Pythagoras and his followers, since, allegedly, there were 729 days and nights in the year [ note: 365.24 x 2 = 730.5], and 729 months in the “great year” of the Pythagorean philosopher Philolaus. Plato was obviously influenced by Pythagoras, and, in fact, there is *lots* of evidence that Plato was seriously interested in math and that it was a main subject among those who were part of the Academy in the early generation .

Great lexical and syntactical differences are easily noted between the many translations of the Republic. Below is a typical text from a relatively recent translation of Republic 546b–c:

“Now for divine begettings there is a period comprehended by a perfect number, and for mortal by the first in which augmentations dominating and dominated when they have attained to three distances and four limits of the assimilating and the dissimilating, the waxing and the waning, render all things conversable and commensurable [546c] with one another, whereof a basal four-thirds wedded to the pempad yields two harmonies at the third augmentation, the one the product of equal factors taken one hundred times, the other of equal length one way but oblong,-one dimension of a hundred numbers determined by the rational diameters of the pempad lacking one in each case, or of the irrational lacking two; the other dimension of a hundred cubes of the triad. And this entire geometrical number is determinative of this thing, of better and inferior births.”

The ‘entire geometrical number’, mentioned shortly before the end of this text, is understood to be Plato’s number. The introductory words mention (a period comprehended by) ‘a perfect number’ which is taken to be a reference to Plato’s perfect year mentioned in his Timaeus . The words are presented as uttered by the muses, so the whole passage is sometimes called the ‘speech of the muses’ or something similar. Indeed, Philip Melanchthon compared it to the proverbial obscurity of the Sibyls. Cicero famously described it as ‘obscure’ but others have seen some playfulness in its tone. 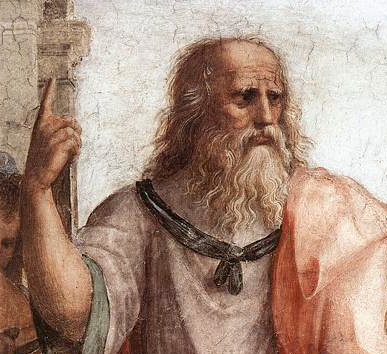 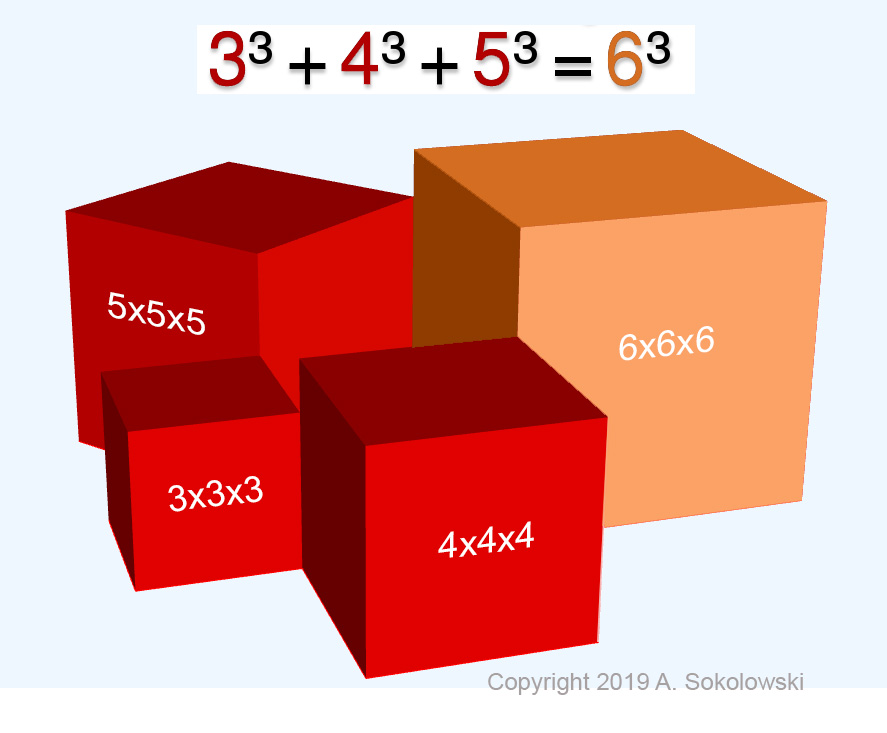 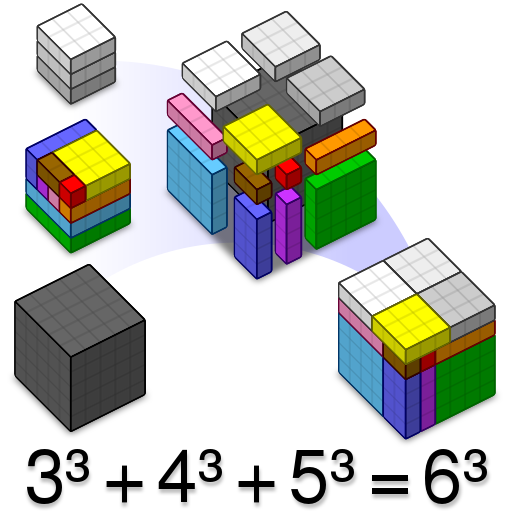 Shortly after Plato’s time his meaning apparently did not cause puzzlement as Aristotle’s casual remark attests. Half a millennium later, however, it was an enigma for the Neoplatonists, who had a somewhat mystic penchant and wrote frequently about it, proposing geometrical and numerical interpretations. Next, for nearly a thousand years, Plato’s texts disappeared and it is only in the Renaissance that the enigma briefly resurfaced. During the 19th century, when classical scholars restored original texts, the problem reappeared. Schleiermacher interrupted his edition of Plato for a decade while attempting to make sense of the paragraph. Victor Cousin inserted a note that it has to be skipped in his French translation of Plato’s works. In the early 20th century, scholarly findings suggested a Babylonian origin for the topic.

Such considerations tend to ignore the second part of the text where some other numbers and their relations are described. The opinions tend to converge about their values being 480,000 and 270,000 but there is little agreement about the details. It has been noted that 64 yields 1296 and 48 × 27 = 36 × 36 = 1296. Instead of multiplication some interpretations consider the sum of these factors: 48 + 27 = 75.

Other values that have been proposed include:

Plato mentions in his Laws that 5,040 is a convenient number to use for dividing many things (including both the citizens and the land of a city-state or polis) into lesser parts, making it an ideal number for the number of citizens (heads of families) making up a polis. He remarks that this number can be divided by all the (natural) numbers from 1 to 12 with the single exception of 11 (however, it is not the smallest number to have this property; 2,520 is). He rectifies this “defect” by suggesting that two families could be subtracted from the citizen body to produce the number 5,038, which is divisible by 11. Plato also took notice of the fact that 5040 can be divided by 12 twice over. Indeed, Plato’s repeated insistence on the use of 5040 for various state purposes is so evident that Benjamin Jowett, in the introduction to his translation of Laws, wrote,
“Plato, writing under Pythagorean influences, seems really to have supposed that the well-being of the city depended almost as much on the number 5040 as on justice and moderation.”

Jean-Pierre Kahane has suggested that Plato’s use of the number 5040 marks the first appearance of the concept of a highly composite number, a number with more divisors than any smaller number.

Above segment quoted From Wikipedia, the free encyclopedia