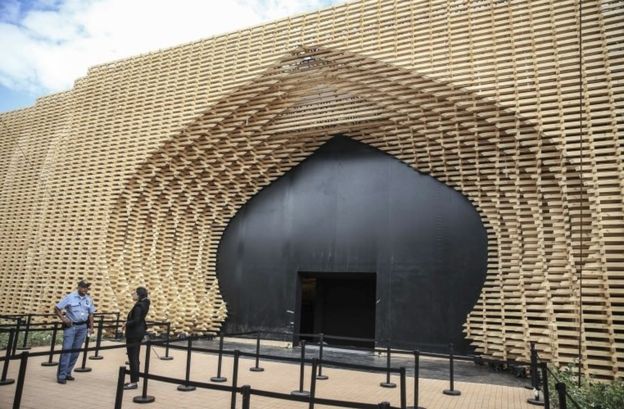 I see that John Kerry, the present Secretary of State for the United States of America, has roundly declared at the Climate Conference in Marrakech, that over 50% of Americans believe that it is an urgent requirement to fight ‘climatechange’. (BBC News/Science) Thereby hangs a tale.

Kerry: US majority back climate action 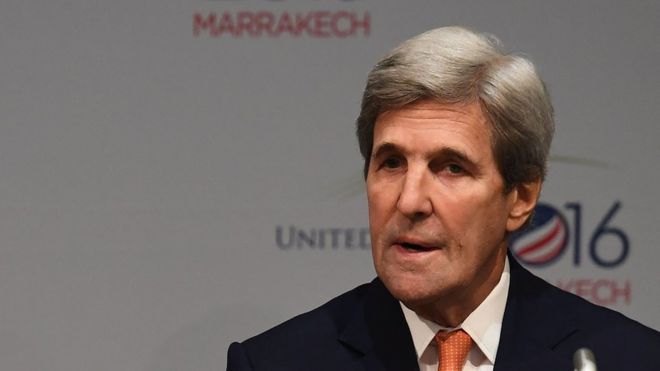 The US secretary of state John Kerry says that the overwhelming majority of US citizens support the US taking action on climate change. 16 November 2016

Speaking at a meeting in Marrakech, Mr Kerry said he believed that US commitments would not be reversed.
President-elect Donald Trump has vowed to pull the US out of the Paris Climate Agreement once in office.
Mr Kerry said that market forces, rather than policy, would ensure a transition to a low carbon world.
He played an important role in building agreement with China on how the two leading economies could reduce their emissions. He was one of the architects of the Paris Climate Agreement last December.
Speaking in his last climate conference as Secretary of State, Mr Kerry delivered a passionate and emotive defence of the global effort to tackle climate change.
Massive progress was being made, he said. Investments in renewables were booming and the trend to decarbonise the world’s energy supplies was irreversible.

Actually I am prepared to bet that at least 95% of Americans – and English and Russians – do not believe for one moment that man can control the weather or the temperature of any place at any time. Our Meteorologists are happy every day on our Televisions to hazard a forecast for the next 48 hours, but at no time do they even pretend in any way to control the weather.

In some years the Alpine ski resorts lament a lack of snow. This year they are rejoicing as the snow is thick and the runs are open most everywhere quite early. I understand that Siberia is already exceptionally cold for the time of year, and that presages an exceptionally cold winter for all of us in Europe after Christmas.

So John Kerry says that the overwhelming majority of US citizens support the US taking action on climate change. Taking action? What sort of action? How does any sane man take action to prevent the climate from changing?

You notice how the word ‘climate’ is used. If we transposed this statement and used the common or garden phrase ‘weather change’ would there be such overwhelming support? Not on your Nellie! (I put this expression in especially for the delectation of my American readers, who appreciate the occasional Englishism.)

Oh sure! There will be protests. Climate is the average of the weather over a long time in a specific place. Don’t I know the difference between ‘climate’ and ‘weather’?

Actually, I do – I am well aware. And I am even more ‘well aware’ that there is a host of propaganda out there in pseudo-science and linguistic nonsense to suggest that Greenhouse Gases are making the Globe hotter and hotter.

Shall I tell you the truth? Every single gas in the atmosphere without exception carries the heat of the Earth upwards and away until it is radiated to Outer Space. There are 20,000 lemmings at Marrakech that would tell you otherwise. But I am afraid it is not the truth.

If the Earth does get warmer from time to time there is only one agent that is capable of warming the Earth, and that is the Sun. Even little Susie knows that.

The Sun heats the Earth and the Earth heats the Atmosphere from the bottom upwards. The Atmosphere does not heat the Earth. It can in some circumstance slow down the exit of heat, when there is a lot of Water Vapour in the atmosphere. But do the apparatchiks ever tell us that they wish to control Water Vapour, which is by far the largest Greenhouse Gas? No! They wish to control Carbon Dioxide, because combustion, which is the burning of Carbon and Oxygen together, produces Carbon Dioxide. They overlook that all of us humans – again without exception – are factories for producing Carbon Dioxide.

Carbon Dioxide is not a pollutant and never was. It is a food for green plants. On the other hand there are pollutants in smoke and gasoline exhausts, which are particulate matter. While there is some scrubbing, it is clearly insufficient. However, the presence of green plants, that it trees and all sort of green foliage in industrial areas do a great deal to clean and clear the local atmospheres. So, far more work needs to be done in order to make ‘smokeless fuels’, which actually already exist and are used in household stoves. I was assured by an officer at BCURA, the British Coal Utilisation Research Association, (now defunct alas!), that smokeless fuels produce less smoke but more Carbon Dioxide. That is precisely what is desirable.

It is totally absurd that Carbon Dioxide – a gas that is a mere 0.04% of the atmosphere, and of which the human contribution to that is 0.29%, should be vilified. And there is only one reason for that and that is funding. UN and Government funding have produced a self-perpetuating coven of people who review each other’s papers, and this is called ‘peer-review’. Of course, it is nothing of the sort. Anyone who dissents is not published and is branded a ‘denier’ or worse. There are some who want it to be an offence to stand out against this pseudo-science.

Happily for America and happily for the rest of the world, the USA has just elected a new President who does not believe John Kerry – in fact who is radically opposed to him. Shortly after the beginning of December Donald Trump will be inaugurated as the new President of the United States of America and a new Secretary of State will replace John Kerry.

Let us hope, let us all hope, that sanity will break loose and that climate fanaticism will be put to bed. Let science and the scientific method once again prevail.