Over more than twenty years, I have realized hundreds of experiments, which were mostly motivated by trying to uncover the reasons and causes of not always convincingly explained working activities of ancient civilizations. In these experiments, I came to the conclusion that many activities of ancient prehistoric cultures were clearly motivated by the desire to exploit knowledge about the attributes of static electricity. Even in academic publications, I found no information on the range of the found properties of static electricity. It cannot be therefore excluded that they have never been published. For this reason, I admit it might be an entirely new knowledge.

There is no doubt that there is an incorrect interpretation of certain parts of history in connection with the explanation of the motives for constructing many complex, but even the simplest of old buildings. It is therefore necessary to examine the question of logical reasons for building the constructions in context with new physical knowledge, which demonstrates that “knowledge” of ancient and extinct cultures surpassed the knowledge of modern history. The “ritual dogmas” will need to be replaced by new energy knowledge. This will create a real picture of the evolution of world cultures as well as a “springboard” for further research in some historical periods. 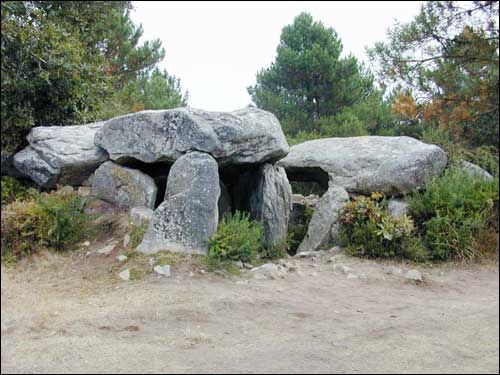 However, there are the already mentioned “scientific” obstacles that discourage many that are interested in modern research. These obstacles that psychologically bind the thinking of many researchers that are eager for truth are the skeptics. The skeptics, in an effort to stand out, which they cannot achieve in a different field of science, serve as scientific inquisitors. Being a skeptic is very easy as skeptics always respond to new ideas by saying “Everything that cannot be put in context with known facts cannot be assessed.” They refuse to respect the fact that all new findings were found behind the edge of known facts in most cases.

I was saddened, for example, when the skeptics in the Czech Republic attached an ‘erratic boulder’ to Erich von Daniken. Even if Daniken did not bring any revolutionary ideas in his work, he would have done more for the promotion of history than all the Czech inquisitional skeptics combined. Daniken inspired hundreds of thousands of researchers around the world by his extensive work – thousands of them chose their field of work due to his exploratory study. And last but not least, after centuries of neglect many historical monuments that were described by Daniken are now cracking under the pressure of curious tourists. Daniken fully described the megalithic culture in his writings.

Literary works by Erich Daniken are well above the writings of other authors, who constantly repeat pieces of information that have already been published many times. I have studied all the writings of Erich Daniken and I can say that I gained more knowledge about the megaliths from his literature than I would have received by personal visits to the places described. There are more such cases, which I will not address here. I regard the ‘erratic boulder’ given to Erich Daniken as the worst injustice.

Skeptics could not have objected to the way Mr. Daniken describes the megalithic culture, but they likely just disagreed with his opinion that it could not have been created by a ‘textbook type’ civilization and that ancient cultures received the information from some advanced cultures from outer space. And here is the discord, skeptics recognize the current interpretation of history, Mr. Daniken, as well as many logically thinking people, does not. It does not matter where the ancient cultures received the information. The fact is that they must have obtained it somewhere. The view of Mr. Daniken that ancient cultures may have obtained the information from space cannot be assessed in any other way then as a creative idea. Any doubts about the astronauts from other planets can encourage others to think about other explanations. The essence of the literary work of Mr. Daniken is not just getting the source of information, but it is the whole megalithic culture. Reacting to the opinion of Mr. Daniken by granting him an ‘erratic boulder’ seems amateur and inappropriate. People expect from scientists that they will scientifically and properly reason their decision.

If skeptics think that people used to build thousands of megaliths all over the world for ritual and calendar purposes (as is currently mentioned in history) they only compromise themselves in the same way as archaeologists do. Unless it is explained what tools were used to machine the hardest diorite rock, unless it is experimentally demonstrated that it is possible to transport a block of rock weighing one thousand tons to a distance of two kilometers solely by the use of pulling and ropes, unless it is explained how people communicated with each other when they built the same types of megalithic structures around the world the account of Mr. Daniken cannot be clearly and categorically questioned. In this case, the purposely formulated assumption proposed by the skeptics by granting Erich von Daniken an ‘erratic boulder’ stated exactly the opposite. They reached a phase where public begun to question statements given by the skeptics.

I remind the importance of the four attributes of static electricity, which I describe in dozens of articles at http://www.miroslavprovod.com.
1 – Each material has a charge with three energy components (aura, zones, and interzones).
2 – When auras of two or more charges come into contact they merge into one common charge with common energy components.
3 – By merging charges into a joint charge, there is a gradual equalizing of their energetic potentials.
4 – During the equalizing of energetic potentials there is also a transfer of chemical properties.