The afterglow created by the Big Bang, source ESA.

Numbers are not questionable: the sound of the universe

A scientific paper by LEONARDO RUBINO

The Universe is a sound of a given frequency.

A sound is a wave. Wave means frequency. The music from a whole orchestra is a wave; this wave can be displayed on

an oscilloscope by displaying the signal at a loudspeaker while speaking the music from that orchestra.

THE SOUND OF THE UNIVERSE

In this paper you can find around 15 numerical relations which supply the correct values for the main physical constants; these relations are based on a Universe described by just three numbers: its mass, its radius and its age. Later, in the paper, I will also give an explanation for the subsistence of all those relations, also proving that oscillations are a basis for all the Universe, for all its essence and for all its existence and all those physical constants are in perfect harmony with an oscillating Universe.

In space no-one can hear you scream… but it is still a noisy Universe. We are familiar with the many stunning images of space, but these are only part of the whole human experience. This lecture takes a new approach to appreciating the Universe, through the vehicle of sound. Once we understand how sound is propagated, we can look at the how and where it can exist in space. We examine how sound can be a diagnostic of cosmic phenomena (such as the song of the Sun and distant stars), the way it can carry energy across vast volumes of space (away from a black hole humming in B?), how it can be a useful way to illustrate processes in astronomy (such as the rapid spin of pulsars, and other more local radio emissions) and how it is ultimately responsible for the growth of all structure we see today in the cosmos.

The transcript and downloadable versions of the lecture are available from the Gresham College website:
http://www.gresham.ac.uk/lectures-and…

Gresham College has been giving free public lectures since 1597. This tradition continues today with all of our five or so public lectures a week being made available for free download from our website.
http://www.gresham.ac.uk

If we could hear the sun, what would it sound like? 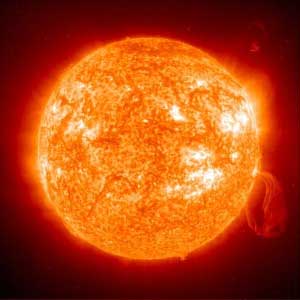 We can’t hear the sun because sound waves can’t travel through the vacuum of space — they need an atmosphere, where they travel by creating changes in pressure.

But if we could hear the sun, it would be noisy, says Scott McIntosh of the National Center for Atmospheric Research.

McIntosh and other scientists measured changes in the light waves that the sun emits and translated those changes into sound waves.

The light waves are a reflection of the giant waves of gas that travel inside the sun and burst to the sun’s surface. In the picture, you can see an ejection of material from the sun in the upper right corner.

The scientists measured the light by using a dopplergraph, an instrument mounted on the Solar and Heliospheric Observatory — one thing it can measure is the time it takes gas waves to travel through the sun. (SOHO was built in Europe under the direction of the European Space Agency and launched by NASA in 1995).

Then they used a computer model to translate the motion of the light waves into sound waves, speeding up the frequencies until the sounds were high enough to be heard by humans.

According to McIntosh, the sound of the sun includes many different frequencies mixed together. From the National Science Foundation, which supported the work:

…the multi-frequency song of the sun (is like) the ringing of cathedral bells that each hit different notes. Just as cathedral bells get louder and chime out certain pitches when certain bells are simultaneously rung, the sun belts out rhythmic bass thumps over its background hum when certain frequencies overlap with one another.

You can hear the sound of the sun for yourself here:

Sound of the sun 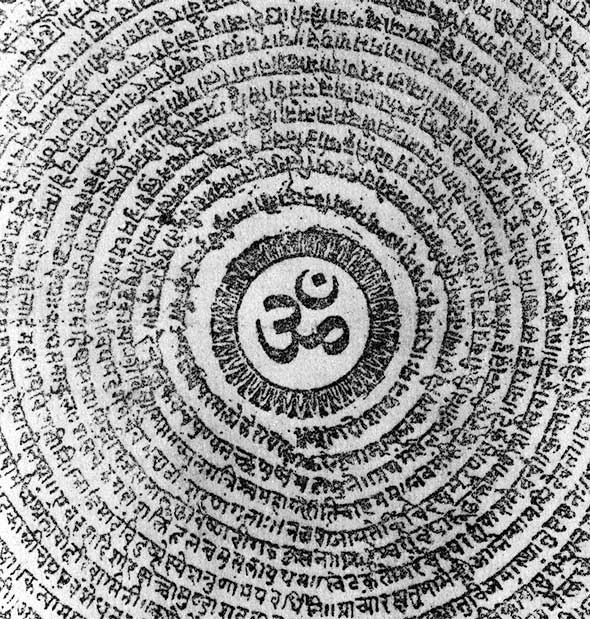 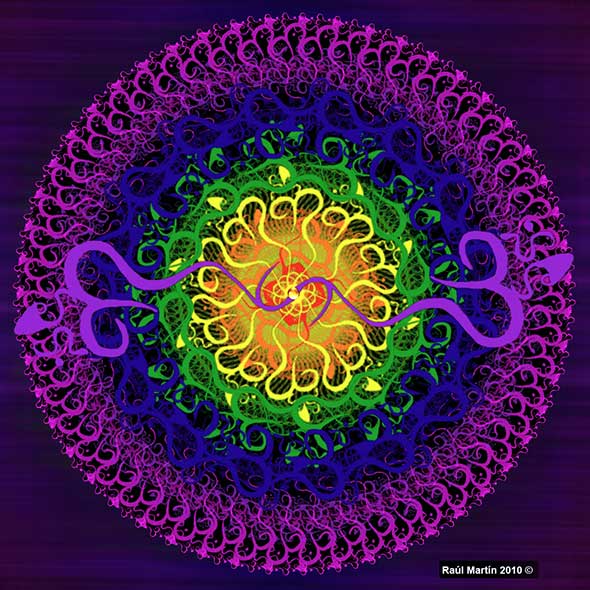 Orbits of Venus and the Earth are an example of sacred geometry.

This image shows the proportions of the orbit of the Earth and Venus (if the diameter  the Earth’s orbit is equal to diagonal of a square, the orbit of Venus would fit inside such square as shown on the drawing.

The image below has been made by hand with help of computer software for drafting. First, let’s draw a square and two circles so one fits inside a square and the other outside the square. Strangely this represents accurately proportions of the orbits of Venus and Earth.
Second, let’s draw equally spaced points on each circle representing number of days per orbit (365 points for the orbit of the Earth and 225 points for the orbit of Venus). Next, let’s connected lines between orbital positions of each planet for each day – picking for the starting point a day when both planets are closest to each other. After repeating this process for 8 orbits of the Earth the lines form this amazing image:

This image (to scale) shows dance of Venus and Earth – each of the fine lines connects both planets over time  required to complete 8 orbits by Earth (and 13 orbits by Venus). Orbit of Earth is cropped out. Source Article >>