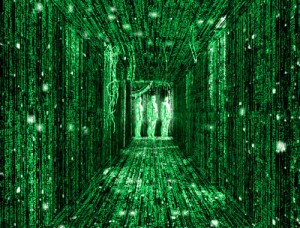 By Robert B. Baird

Economics ends up as the final arbiter in so many arguments about how to plan for our future.

If we don`t know our past how can we go forward. History is, as some wise man said – prologue to the present. We are lied to incessantly by high-falutin talking heads and we need a new broom or maybe a hammer. Not the expensive hammer that might cost thousands of bucks as the Golden Fleece award done by US Senator William Proxmire used to tell us about. Just a simple whack a mole mallet might even do. A good debate was held between C. H. Douglas and many dismal economists including John Maynard Keynes. I recommend it highly. Have you heard Ted Turner wants to reduce the people on Earth BIG TIME. Yes, and guess who he doesn’t want. It isn’t just him. De-population has been done with vile intent many times and places. There is no One Pie and we can create many new pies. But we might just fail to get humanity together on this as Hawking says (We have just this century to survive if we do not colonize space.). And maybe we have reached a similar crossroads before on Earth.

There are OOPARTS which are hard to explain such as a Cyborg (Prosthesis of a high degree and little more can be proven but it is possible the mind was interacting with the mechanics just as we now do) from before 4,000 BCE and the Dropa stones from 9,000 years ago.  Given that we might have modern humans or at least civilized humans as much as 2,000,000 years ago – it is plain stupid to keep talking about just 10,000 years.

Even if it is a million years of civilization we have all reason to think advancements in the very distant past far outstrip what we have been taught.
I prefer this to alien intervention given the Prime Directive. (he-he) This next link to Wikipedia is far closer to what I think is real.
The researcher referred to has gone further and proposes up to ten species of hominids or variations have resulted.
The Denisovan example (He is from near the cyborg and a mysterious concrete map covering many acres.) would prove his contention as would the Hobbit which may be connected to his Mungo people and which I found cliff drawings there which lead me to posit just that. I cannot say he has continued to develop these theories. I have seen him forced to back off some of what is said here – and I hope he continues his free-thinking research.

This article demonstrates the extent to which TV and academia lie to humanity.
It gets a lot right about Zahi Hawass.

My lady most adept was a Boddhisattva seeker like myself. She knew Bhakti, Tantra and Agni Yoga and how to abandon herself as well as bring it all under scrutiny in retrospect. In Tree of Life terms you could say she combined Hod and Kether even in her dance. Getty Lee saw it when she was part of his opening act under Jerry Manfredi (Doors) with his group Abraxas. Abraxas is an ancient Egyptian system for combining both ends of every topic or issue (Dialectics if you will). And one of the places energy stores information is the soul according to research on the fruit fly recounted in this excerpt from a good book. But it is also in our genes which the Head of the Human Genome project (Dr. Collins) said when he said we have a history book in our genes. But not all information in that book is as simple and clear as the written word.

Recent research on our so-called junk DNA shows how electrical or magnetic fields variable and dynamic allow great attunement; and over time I believe, genetic information transfer. You could say the Earth Energy Grid and alchemical forms like the oroborous (the serpent with it’s tail, seen by one researcher in this book and partial segment from this link) or caduceus seen all over the world in symbols is mirrored in our genes. 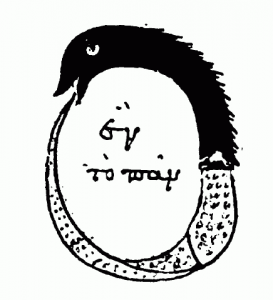 Which came first? Did our thought impact our body just as we see in positive thinking and healing? Was it part of evolution? Some people are saying it is proof of God. Heaven may be within as Pope John Paul II said in 1999 and many mystics have said throughout written history and before. This book has Heaven in the title and draws all constructs from every religion into it – fairly and ecumenically. Will science teach us how to live in Brotherhood? No? This knowledge is ancient and manipulated throughout the ages, I say.
You might disagree and say yoga, astrology and other uses of it have never been this exact – and it may be true we have some proof here that is new but the old disciplines used it better than we are – if you consider what Futurescape demonstrates we are about to do in manipulation of the World Mind by making people into tools to soulfully achieve a ‘Matrix’ – the movie.
–
Copyright 2015 by Robert B. Baird

DNA – The Secret of Life
What makes DNA different from hordes of competitors purporting to help readers understand genetics is that it is written by none other than James Watson, of Watson and Crick fame. He and his co-author Andrew Berry have produced a clear and easygoing history of genetics, from Mendel through genome sequencing. Watson offers readers a sense of immediacy, a behind-the scenes familiarity with some of the most exciting developments in modern science. He gleefully reports on the research juggernaut that led to current obsessions with genetic engineering and cloning. Aided by profuse illustrations and photos, Watson offers an enthusiastic account of how scientists figured out how DNA codes for the creation of proteins–the so-called “central dogma” of genetics. But as patents and corporations enter the picture, Watson reveals his concern about the incursions of business into the hallowed halls of science.

After 1975, DNA was no longer solely the concern of academics trying to understand the molecular underpinnings of life. The molecule moved beyond the cloisters of white-coated scientists into a very different world populated largely by men in silk ties and sharp suits.

In later chapters, Watson aims barbs at those who are concerned by genetic tinkering, calling them “alarmists” who don’t understand how the experiments work. It is in these arguments that Watson may lose favor with those whose notions of science were born after Silent Spring. Nevertheless, DNA encompasses both sides of the political issues involved in genetics, and Watson is an enthusiastic proponent of debate on the subject. The book accompanies a 5-part PBS series. –Therese Littleton

From the Back Cover

“A remarkable alignment of the planets is occurring in 2003: the 50th anniversary of the double helix and the completion of the sequence of the human genome. As a defining figure in both landmark events, no other human being on the planet is positioned to write as authoritatively about all this as Jim Watson. In DNA: The Secret of Life he does so with characteristic clarity, style, and wit. If you really want to know what happened in the most important half-century of biology since the world began, read this!”
–Francis Collins, director of the National Human Genome Research Institute“Unlocking the secret of life was the greatest accomplishment of science in the 20th century and laid the foundation for medicine in the 21st century. Over the past 50 years, Jim Watson has been at the center of this revolution. No one has a broader perspective. And, no one can tell its story more compellingly. Watson brings alive the grand ideas, human foibles, and social challenges in a way will both engage the general public and inspire a new generation of young scientists.”
–Eric Lander, founder and director of the Whitehead Center for Genome Research”This is the story of DNA and therefore the story of life, history, sex (lots of sex!), money, drugs, and still-to-be-revealed secrets. DNA is quite a molecule–she’s been around a long time and played a lot of roles. At last, she has a truly worthy biographer.”
–Mary-Claire King, American Cancer Society Professor, University of Washington School of Medicine“Only James Watson combines the verve and authority to take us on such an exciting, fast-paced journey into the continuing storm of DNA science. This landmark summary asks where the new biology will take us, and gives arresting vignettes of major participants in the DNA revolution. The key experiments and fascinating unknowns are laid out as plain as day.”
–Victor McElheny, author of Watson and DNA: Making a Scientific Revolution“James Watson has been an eyewitness to each revolution in molecular biology, from the double helix to the genome. He sees further and clearer than anybody else in the field. Give this fabulously good book to anybody who wants to understand what all the excitement is about.”
–Matt Ridley, author of Genome
Post Views: 3