The word “race,” denoting lineage, comes from a French translation of haras (silent “h”) into the Italian razza — which in Italian of that time applied to animals, not people. This points to current English and Italian usage being derived and adapted, respectively, from the French. 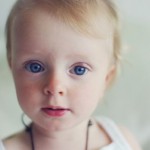 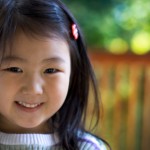 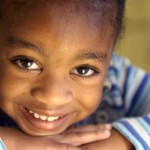 Negroid:
Skull: usually Dolicephalic, a small minority are Brachycephalic.
Forehead most often high, little supraobital development.
Face: Leproscopic (to a much lesser degree than the Caucasion), Prognathism common in most Negro populations.
Nose: Low & broad in root and bridge with characteristic depression at root. 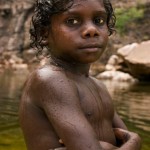 The world population can be divided into 4 major races, namely white/Caucasian, Mongoloid/Asian, Negroid/Black, and Australoid. This is based on a racial classification made by Carleton S. Coon in 1962. There is no universally accepted classification for “race”, however, and its use has been under fire over the last few decades. The United Nations, in a 1950 statement, opted to “drop the term ‘race’ altogether and speak of “ethnic groups”. In this case, there are more than 5,000 ethnic groups in the world, according to a 1998 study published in the Scientific American.

By . . .”biological race,” I mean the view of race espoused by Judge Tucker, and still popular today, that there exist natural, physical divisions among humans that are hereditary, reflected in morphology, and roughly but correctly captured by terms like Black, White, and Asian (or Negroid, Caucasoid, and Mongoloid). Under this view, one’s ancestors and epidermis ineluctably determine membership in a genetically defined racial group. The connection between human physiognomy and racial status is concrete; in Judge Tucker’s words, every individual’s race has been “stampt” by nature. . . .Despite the prevalent belief in biological races, overwhelming evidence proves that race is not biological. Biological races like Negroid and Caucasoid simply do not exist. A newly popular argument among several scholars, is that races are wholly illusory, whether as a biological or social concept. Under this thinking, if there is no natural link between faces and races, then no connection exists.

There are no genetic characteristics possessed by all Blacks but not by non- Blacks; similarly, there is no gene or cluster of genes common to all Whites but not to non-Whites. One’s race is not determined by a single gene or gene cluster, as is, for example, sickle cell anemia. Nor are races marked by important differences in gene frequencies, the rates of appearance of certain gene types. The data compiled by various scientists demonstrates, contrary to popular opinion, that intra-group differences exceed inter-group differences. That is, greater genetic variation exists within the populations typically labeled Black and White than between these populations. This finding refutes the supposition that racial divisions reflect fundamental genetic differences.

Notice this does not mean that individuals are genetically indistinguishable from each other, or even that small population groups cannot be genetically differentiated. Small populations, for example the Xhosa or the Basques, share similar gene frequencies. However, differentiation is a function of separation, usually geographic, and occurs in gradations rather than across fractures.. .. . .   The notion that humankind can be divided along White, Black, and Yellow lines reveals the social rather than the scientific origin of race. The idea that there exist three races, and that these races are “Caucasoid,” “Negroid,” and “Mongoloid,” is rooted in the European imagination of the Middle Ages, which encompassed only Europe, Africa, and the Near East.. . Nevertheless, the history of science has long been the history of failed efforts to justify these social beliefs. Along the way, various minds tried to fashion practical human typologies along the following physical axes: skin color, hair texture, facial angle, jaw size, cranial capacity, brain mass, frontal lobe mass, brain surface fissures and convolutions, and even body lice. As one scholar notes, “[t]he nineteenth century was a period of exhaustive and–as it turned out–futile search for criteria to define and describe race differences.”. . . Attempts to define racial categories by physical attributes ultimately failed. By 1871, some leading intellectuals had recognized that even using the word “race” “was virtually a confession of ignorance or evil intent.” The genetic studies of the last few decades have only added more nails to the coffin of biological race. Evidence shows that those features usually coded to race, for example, stature, skin color, hair texture, and facial structure, do not correlate strongly with genetic variation. . .  The rejection of race in science is now almost complete. In the end, we should embrace historian Barbara Fields’s succinct conclusion with respect to the plausibility of biological races: “Anyone who continues to believe in race as a physical attribute of individuals, despite the now commonplace disclaimers of biologists and geneticists, might as well also believe that Santa Claus, the Easter Bunny and the tooth fairy are real, and that the earth stands still while the sun moves.”

. . .  Unfortunately, few in this society seem prepared to fully relinquish their subscription to notions of biological race.. . .[including the] Congress and the Supreme Court. Congress’ anachronistic understanding of race is exemplified by a 1988 statute that explains that “the term ‘racial group’ means a set of individuals whose identity as such is distinctive in terms of physical characteristics or biological descent.”  The Supreme Court, although purporting to sever race from biology, also seems incapable of doing so. In Saint Francis College v. Al-Khazraji, the Court determined that an Arab could recover damages for racial discrimination under 42 U.S.C. § 1981. . . Despite a seeming rejection of biological race, Justice White [stated]:  “The Court of Appeals was thus quite right in holding that § 1981, ‘at a minimum,’ reaches discrimination against an individual ‘because he or she is genetically part of an ethnically and physiognomically distinctive subgrouping of homo sapiens.”‘. . . By adopting the lower court’s language of genetics and distinctive subgroupings, Justice White demonstrates the Court’s continued reliance on blood as a metonym for race. . . .In Metrobroadcasting v. FCC,  Justice Scalia again reveals the Court’s understanding of race as a matter of blood. During oral argument, Scalia attacked the argument that granting minorities broadcasting licenses would enhance diversity by blasting “the policy as a matter of ‘blood,’ at one point charging that the policy reduced to a question of ‘blood . . .  blood, not background and environment.”‘

. . .  I define a “race” as a vast group of people loosely bound together by historically contingent, socially significant elements of their morphology and/or ancestry. I argue that race must be understood as a sui generis social phenomenon in which contested systems of meaning serve as the connections between physical features, races, and personal characteristics. In other words, social meanings connect our faces to our souls. Race is neither an essence nor an illusion, but rather an ongoing, contradictory, self-reinforcing process subject to the macro forces of social and political struggle and the micro effects of daily decisions. . . Referents of terms like Black, White, Asian, and Latino are social groups, not genetically distinct branches of humankind.