Copyright 2021 A. Sokolowski
These few quotes from the ancient texts might suggest that the pyramids of Egypt cast no shadow:

Claiming that the above statements (that Giza pyramids cast no shadow) are wrong, is a simply a case of misunderstanding the intended meaning of these statements.

The key phrase is: “the shadows of which do not extend beyond the space of their construction”.
It simply means that for certain part of the year, the pyramids will not cast shadow on the ground “beyond their footprint”… and as you will see below, that is TRUE. 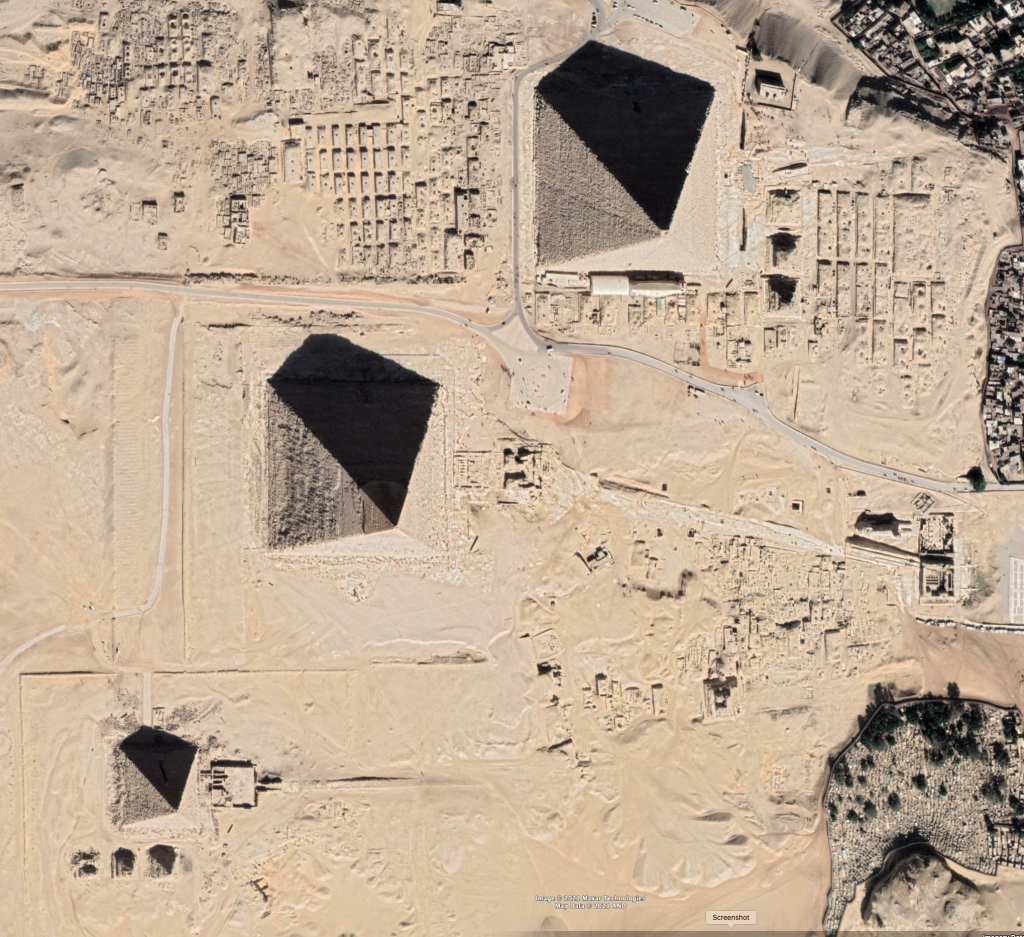 As the satellite photo above shows, there is a shadow on the Northern side of each pyramid at Giza plateau. 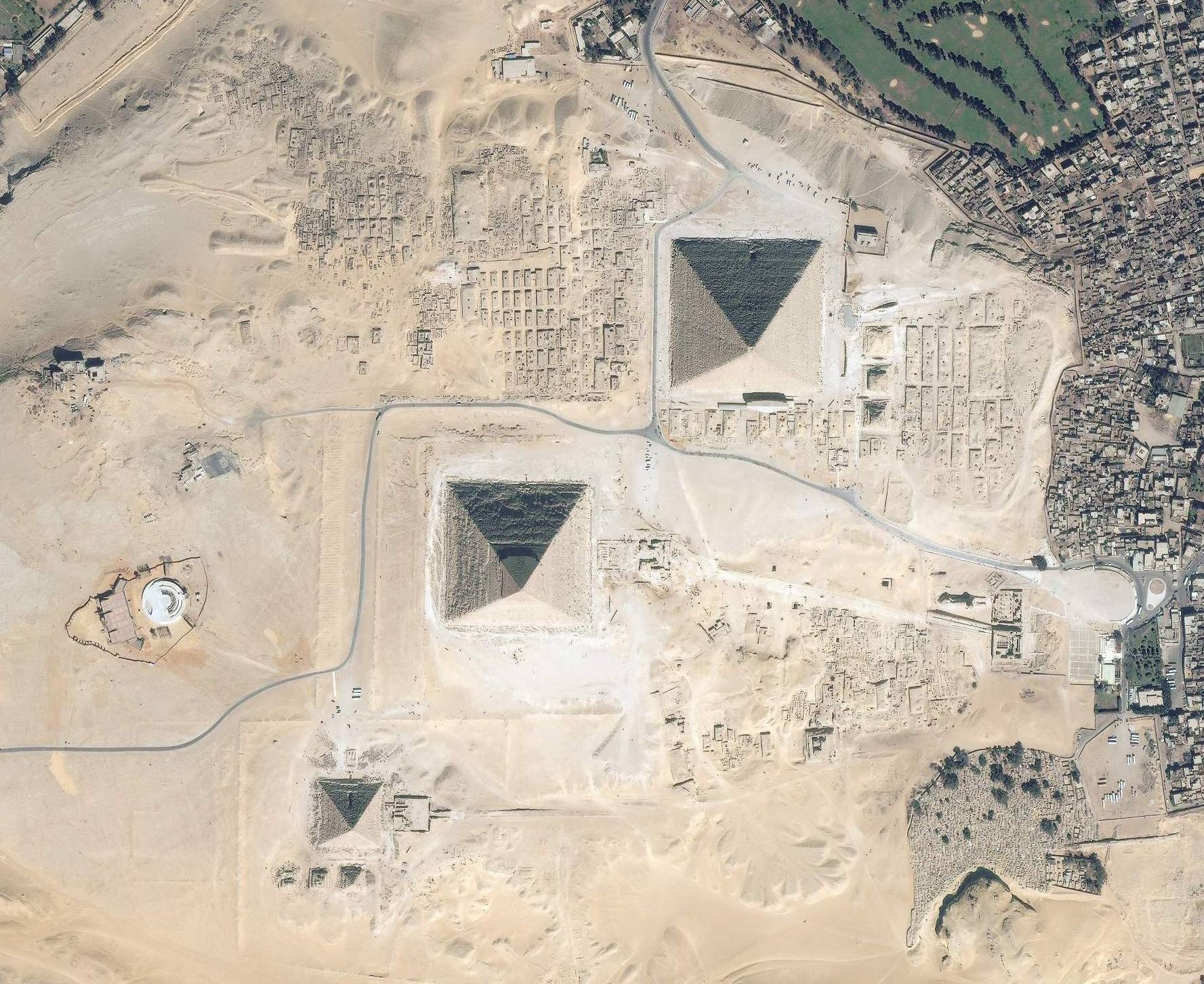 This photo was taken on a sunny day, but none of the pyramids casts shadow. Notice shadows of other objects (click to enlarge).
Image Source >>

The shadow of any object not only changes its direction and length during the day, due to rotation of our planet (this allows measuring time with sundials ), but it also changes its length at noon throughout the year due to earth’s orbital movement and its tilt ( 23.5 degree). 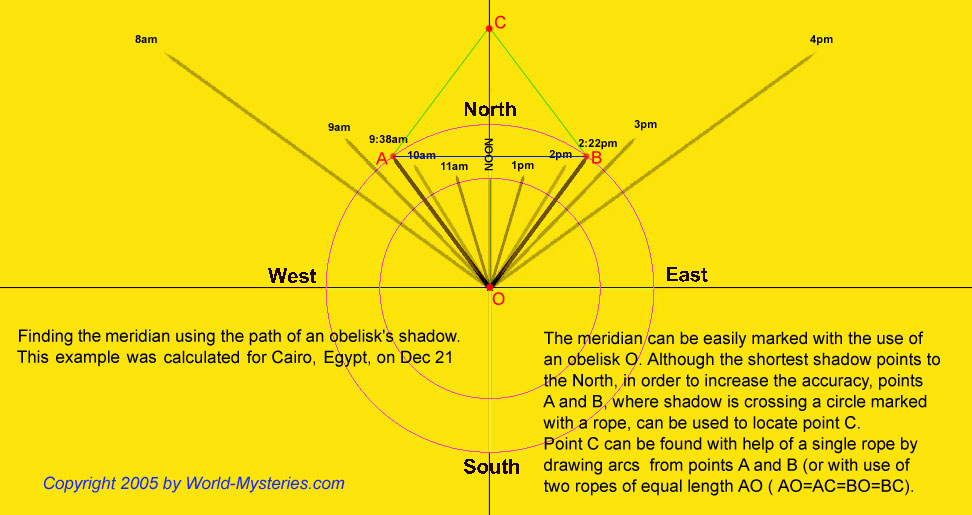 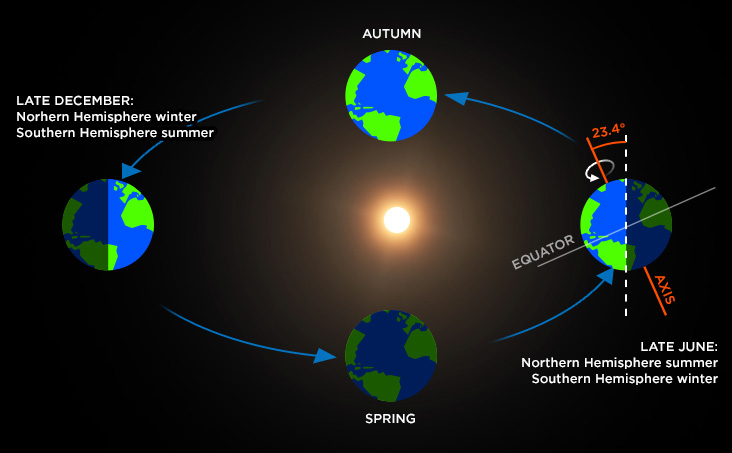 The Great Pyramid of Giza (also known as the Pyramid of Khufu or the Pyramid of Cheops) is the oldest and largest of the three pyramids in the Giza Necropolis bordering what is now El Giza, Egypt.

Giza pyramids are located nearly on 30°  latitude, therefore sun don’t shine directly above any of the 3 pyramids, even on the longest day of the year (when sun is over the Tropic of Cancer at N 23.5° N parallel ). 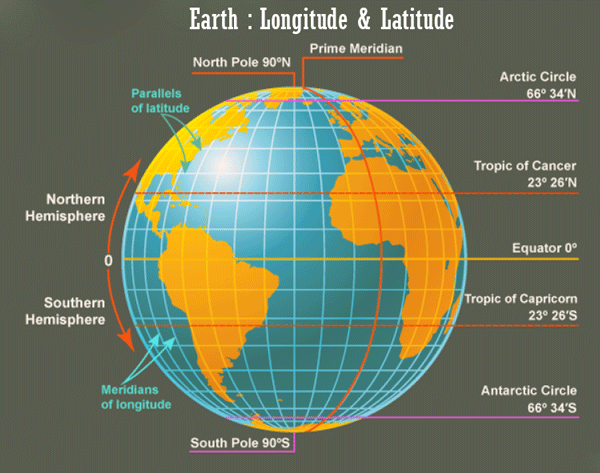 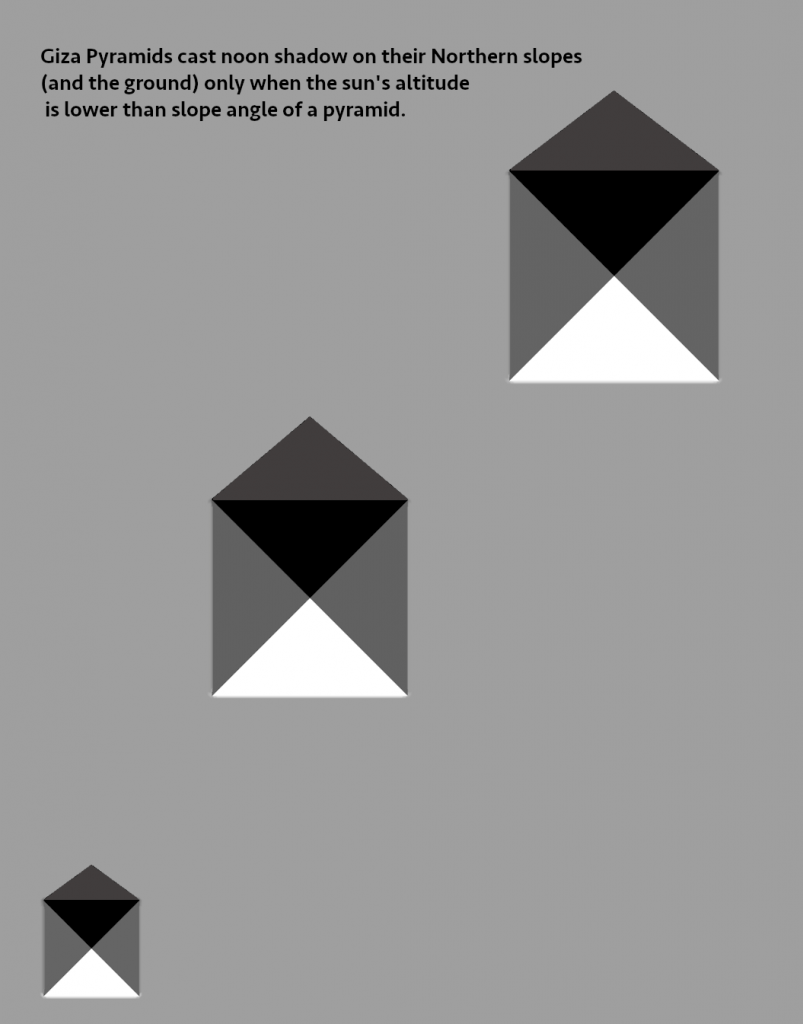 However, when the sun reaches altitude equal (or greater) the slope angle of a specific pyramid, the shadow on the northern slope of the pyramid will disappear at noon. 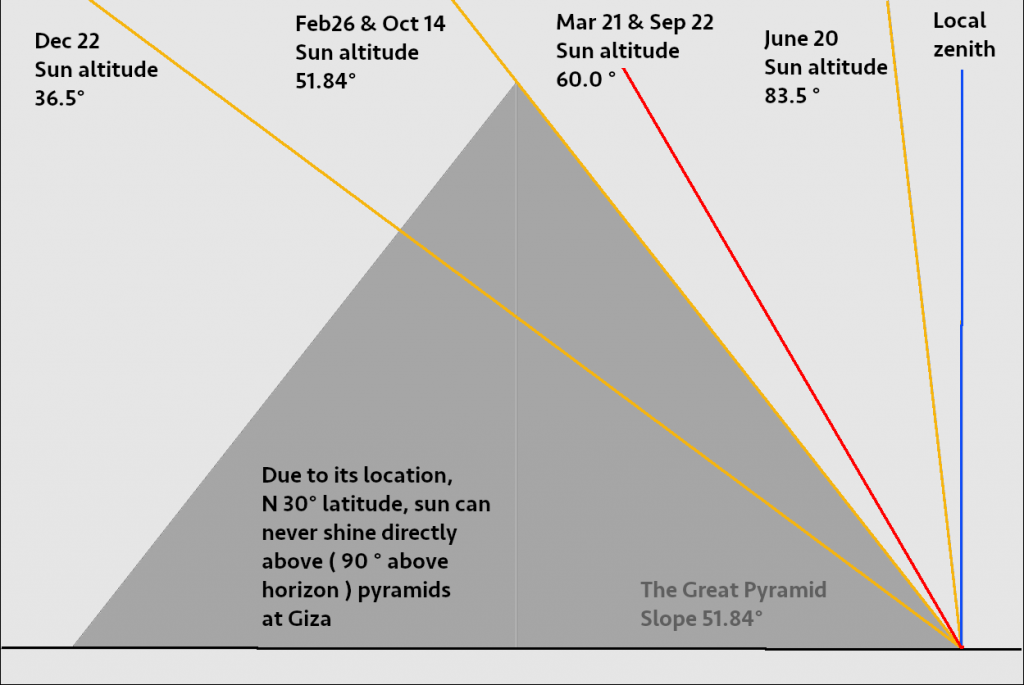 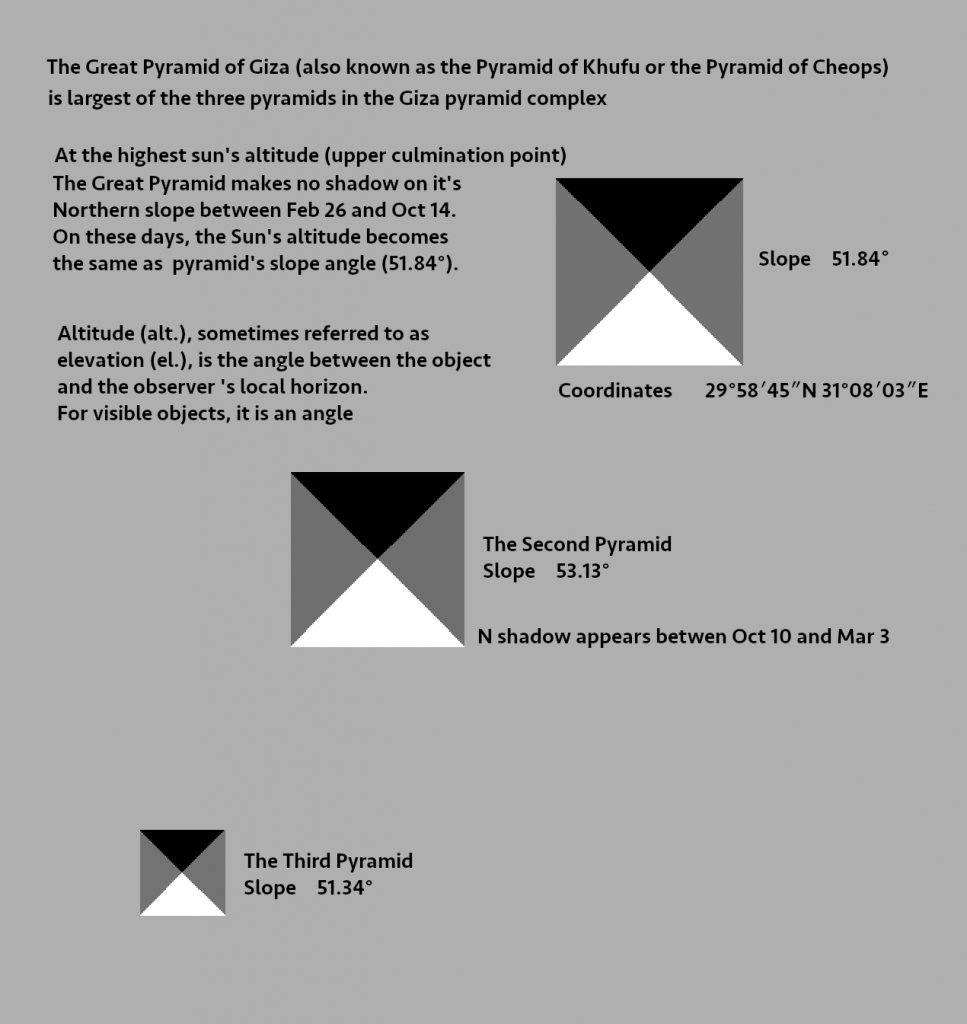