A fractal has been defined as “a rough or fragmented geometric shape that can be split into parts, each of which is (at least approximately) a reduced-size copy of the whole,” a property called self-similarity. Roots of the idea of fractals go back to the 17th century, while mathematically rigorous treatment of fractals can be traced back to functions studied by Karl Weierstrass, Georg Cantor and Felix Hausdorff a century later in studying functions that were continuous but not differentiable; however, the term fractal was coined by Benoît Mandelbrot in 1975 and was derived from the Latin fractus meaning “broken” or “fractured.” A mathematical fractal is based on an equation that undergoes iteration, a form of feedback based on recursion. 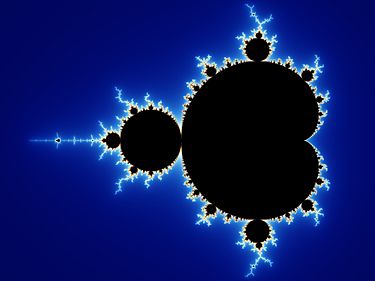 While fractals are a mathematical construct, they are found in nature, which has led to their inclusion in artwork. They are useful in medicine, soil mechanics, seismology, and technical analysis.

Approximate fractals are easily found in nature. These objects display self-similar structure over an extended, but finite, scale range. For example, Ferns and trees are fractal in nature and can be modeled on a computer by using a recursive algorithm This recursive nature is obvious since a branch from a tree or a frond from a fern are miniature replicas of the whole: not identical, but similar in nature. The connection between fractals and leaves is currently being used to determine how much carbon is contained in trees.

Natural objects that are approximated by fractals to a degree include: 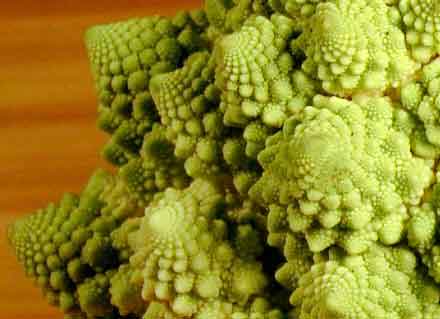 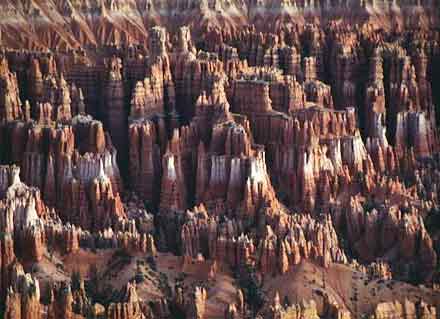 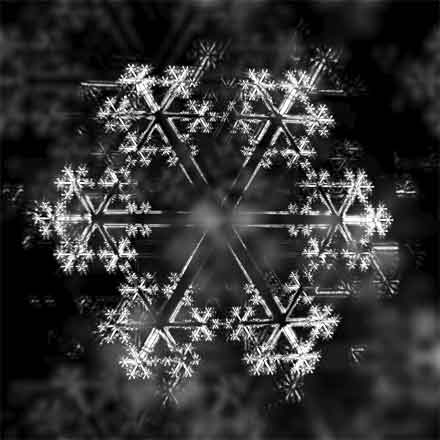 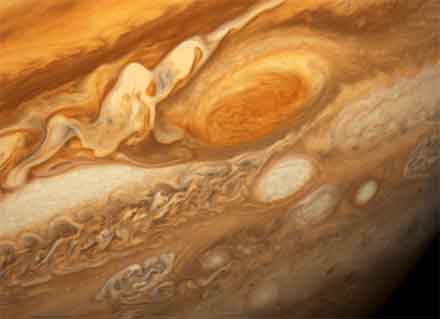 In 1999, certain self similar fractal shapes were shown to have a property of “frequency invariance”—the same electromagnetic properties no matter what the frequency—from Maxwell’s equations (see fractal antenna).

A fractal often has the following features:

Because they appear similar at all levels of magnification, fractals are often considered to be infinitely complex (in informal terms).

However, not all self-similar objects are fractals—for example, the real line (a straight Euclidean line) is formally self-similar but fails to have other fractal characteristics; for instance, it is regular enough to be described in Euclidean terms.

Images of fractals can be created using fractal-generating software. Images produced by such software are normally referred to as being fractals even if they do not have the above characteristics, such as when it is possible to zoom into a region of the fractal that does not exhibit any fractal properties. Also, these may include calculation or display artifacts which are not characteristics of true fractals.

One of the main properties of these structures is self-similarity, with which when beginning from a detail, by further magnification, after certain number of steps one comes to the same (or rather very, very similar) detail (see image series below; Click to enlarge):

An example of so called exponential fractal (Mandelbrot). Even 4,096 times (2E12) magnification of the Mandelbrot set uncovers fine detail resembling the full set (the bottom image of the above series).

In the mid-seventies of 20th century, thanks to the possibility offered by strongly  expanding computer technique, a new mathematical discipline was established – THE THEORY OF CHAOS, which encompasses with its application the phenomena in physics, chemistry, meteorology, even biology. One of the basic notions of this theory is FRACTAL. Fractals were introduced by an American mathematician, a Jew immigrant from Poland, Benoit Mandelbrot, who defined them as a geometrical object showing a structure rich in details, regardless of how much the structure is magnified. In other words, by magnifying a detail of this structure we always find ever new details (therefore it is called a structure with infinite number of details). Viewed from a mathematical standpoint, these structures originate through a definite series of transformations of the starting geometrical figure. However, the main characteristic is that the number of these transformations is fixed and limited, and that the series of transformation is applied to every newly obtained figure. In that way the most different geometrical shapes have been obtained, e.g. leaves of various plants, surface of mountain ranges, clouds and other intricate, curly, wrinkled, strange (apparently chaotic) structures, not obtainable thus far.  [ Source:  Fractal Typology of the Bible  ]

A philosophical construct which can be relatively  illustrated by “circular/spherical infinity”,  is the term “absolute relativity”, which basically means everything is relative to itself and interconnected. This may seem paradoxical but, regarding the seeming apparent contradiction between the absoluteness of “all is relative”, consider that the absolute can, in theory, only exist in whole (monism) only if everything within (relative to) that whole is relative to everything else (also relative to that whole)–“absolute relativity”. A visual representation of this could be a number of points all connected to each other (such as a 12-vertex complete graph–see images below). 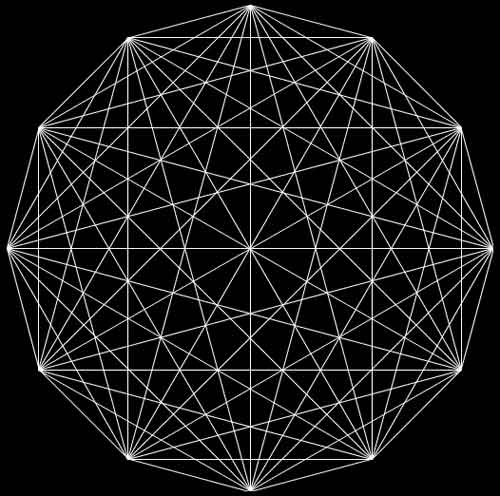 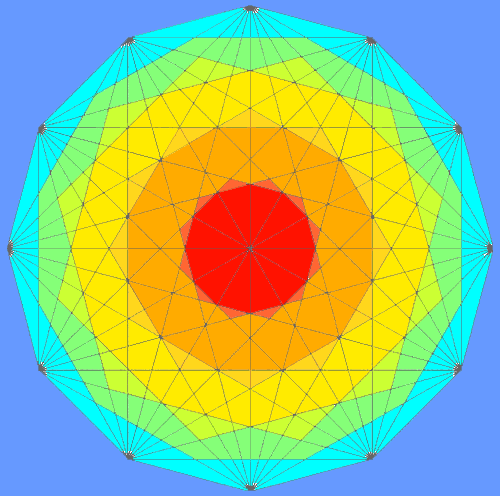 Increasing number of vertexes reaches perfect circle in infinity. Perhaps a circle can be better described as a fractal?
Perhaps this is why decimal representation of  “Pi” never ends and never repeats.

The Mystery of “Pi”

“Pi” is a mathematical constant that is the ratio of any circle’s circumference to its diameter.

“Pi” is an irrational number, which means that its value cannot be expressed exactly as a fraction having integers in both the numerator and denominator. Consequently, its decimal representation never ends and never repeats. ? is also a transcendental number, which implies, among other things, that no finite sequence of algebraic operations on integers (powers, roots, sums, etc.) can render its value; proving this fact was a significant mathematical achievement of the 19th century. 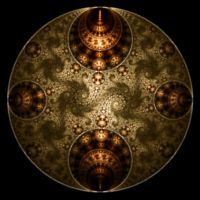