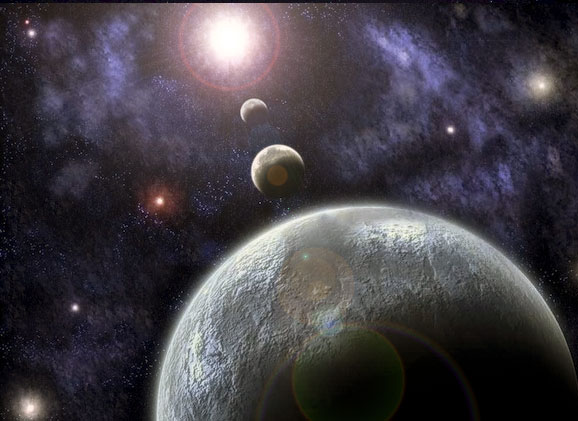 Mercury, Venus, Mars, Jupiter and Saturn are visible together in the night sky for the first time since 2005

Five planets are visible in the night sky for the next two weeks in a rare astronomical alignment which has not happened for more than a decade.

Mercury, Venus, Mars, Jupiter and Saturn are appearing together for the first time since 2005.

The alignment was first visible in Britain just before dawn on Wednesday January 20, but astronomers say the best view is likely to be on the morning of February 5.
The alignment continues until February 20.

The planets form a diagonal line from the Moon to the horizon and with clear skies and good eyesight, should be visible with the naked eye. 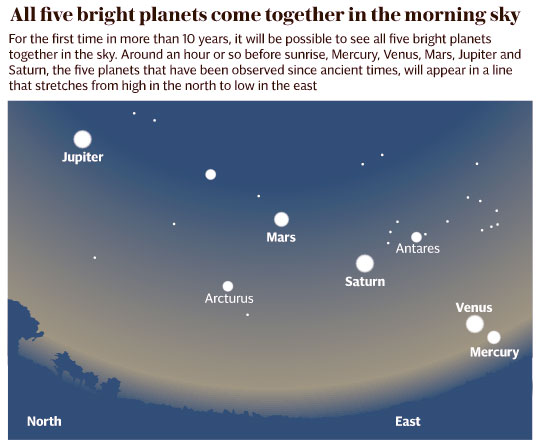 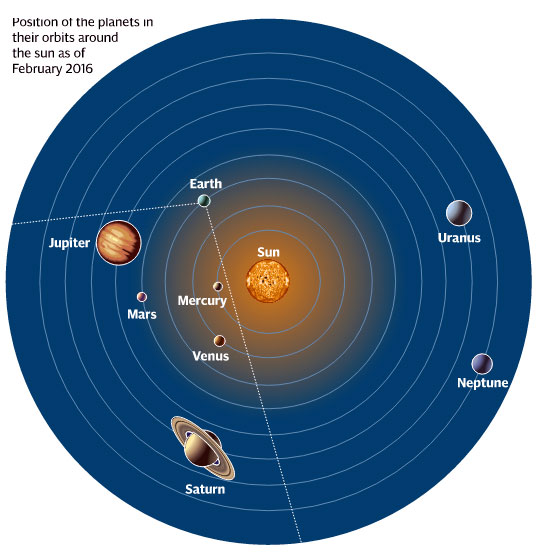 Dr Robert Massey of the Royal Astronomical Society said spotting Mercury would be a challenge as it will be close to the horizon, but the other planets should be easy to see before dawn.

“There will be a dance of the planets, and now is the time to get out and have a look,” said Dr Massey. “It will be well worth getting up for.

“People will struggle to see Mercury, it will probably just look like a star but if we get good weather we should be able to see Venus, Saturn, Mars and Jupiter well. But people should have a shot at seeing them altogether.

“They won’t be in an exact straight line, because you virtually never get that in astronomy. They will be more scattered.” 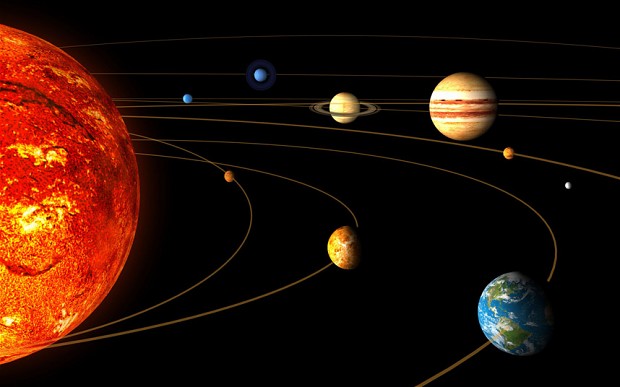 The planets rarely come together because of their differing orbits

Mercury will appear just three degrees above the horizon – the equivalent of three thumb widths with an outstretched arm – so will be the trickiest planet to spot.

The best time to see the alignment is around 6.45am in the morning, just before dawn, for the next few weeks. It is best to try and see Venus, as it is the brightest, before looking for the rest of the planets.

Four of the five have already been visible in the early morning sky in recent weeks, but Mercury joined them for the first time on Wednesday.

Dr Massey added: “If you have binoculars you will be able to see Jupiter’s moons and the red tinge of Mars. You probably won’t be able to see Saturn’s rings but it will have a funny shape because of the rings which you should be able to pick out.

“If you are using binoculars it’s important not to look towards the sun when it rises.”

The stars Antares and Spica will also be visible in the same patch of sky. Uranus and Neptune are the only two planets that will not be on show.

And if you fail to catch the alignment this month, it will be happen again in August of this year although the late days of summer are likely to make it even more difficult to see in Britain. After that, the five planets will not be seen together again until October 2018.

People hoping to catch a glimpse of the alignment should choose an open spot, away from tall buildings and city lights to avoid light pollution.

Astronomer Prof Alan Duffy, of the Swinburne University of Technology in Melbourne, is following the alignment in the southern hemisphere, where it is likely to be easier to spot.

Speaking about Britain he said: “The challenge is Mercury which will rise over the horizon at around 7am but will still be low to the ground as the morning begins and the rising Sunlight outshines it.

“It should be visible for the month so if you don’t succeed at first, try again.” 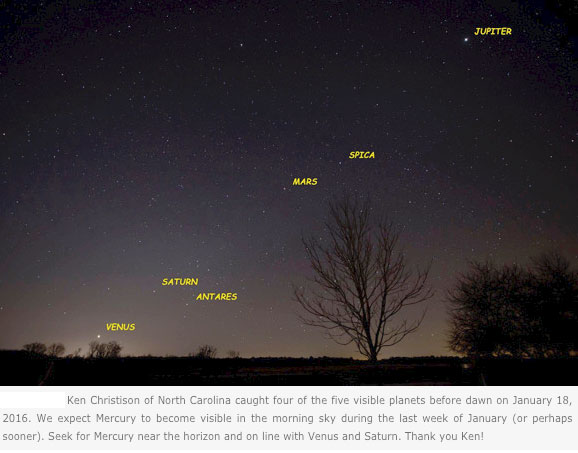