One day after the horrific killing of a priest in France on July 27th 2016, Pope Francis stated that, ‘The world is at war’, referring not to a war of religions but a war of ‘interests, a war for money, resources and domination of peoples.’ What I intend to pluck and highlight from his selected areas of concern is the emphasis on resources, which, of course has the knock on effect of involving both interests and money. The impact of human greed on earth, our insane drive for money making by capturing and using energy from planetary stored energy sources, has created a global warming that is now threatening the very quality of air that we breathe. Climate change represents a massive peril to respiratory health and increases in global asthma, and low oxygen adds to heart diseases, attacks and strokes.

In my 2012 World Mysteries The Black Rite – Hearthstone of War I investigated the profundity of war at a very deep psychological level and involving sexuality. I will, however, now return to Egypt, home to brother-sister husband-wife Osiris and Isis and their highest of esoteric practice, where some of my contemplations were placed, and to look this time at what is fast becoming the biggest threat to our planet and all resident upon and within it – oxygen depletion. 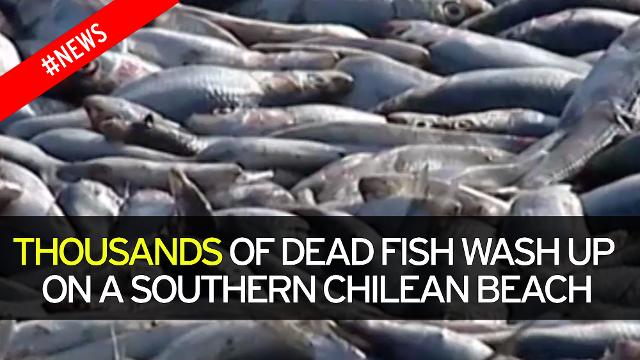 On the very same day that the Bishop of Rome and head of the Catholic church had made his announcement, 91 dolphins were found washed up on summer beaches in Bulgaria, the latest in such puzzling tragedies. If we take a look around the natural world, mass fish and ocean denizen die-offs have now become a common event across the globe and from June-July this year, almost unbelievably, deaths have been reported in India, England, Columbia, Mexico, Turkey, Portugal, Vietnam, Chile, Trinidad and Tobago, America, Canada, China, Netherlands, Italy, Ukraine, Russia, Indonesia, France and Argentina. 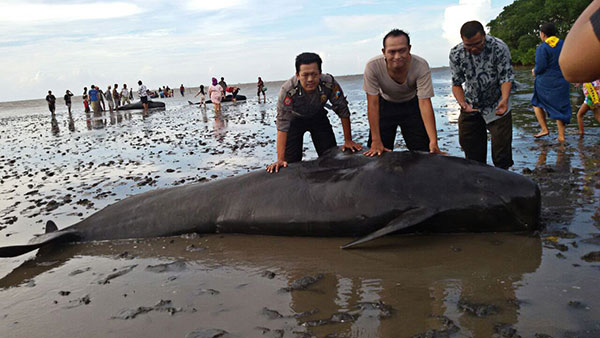 But one example, last summer low oxygen levels were responsible for the death of 32 beached pilot whales at Randupitu village, East Java, when high waves lowered water salinity. However, disturbing stories of this nature have an earlier observable predictive expectation. Data collected since 1989 by Principal Investigator for the Atmospheric Research Group, Professor Ralph Keeling of Scripps Institute in California who monitor oxygen levels around the globe, support the claim that we are running out of breathable air, our loss of oxygen accelerating owing to human, animal and insect overpopulations and deforestation and pollution. The warning signs have already arrived and are several. The first signs of oxygen depletion occur in oceans and this has been noticed since the 1970’s, furthermore, oceanic dead zones are now expanding. Other significant danger areas come from forest charcoal and methane and rapid earth atmospheric changes. 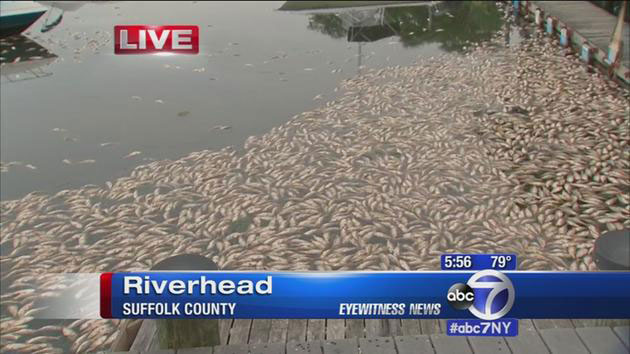 Last June a report on the Web revealed how satellite data from Dennis Stein, Senior Air Scientist at NASA Goddard Institute for Space Studies, California, who have been monitoring the situation for the last decade, contributed to the scenario announcing that 48% of the planet, from India and China to the USA and France, is in lack of oxygen. ‘The situation is quite critical’, he said, as he explained how Air Purifying Systems are being developed to be placed in the world’s mountainous regions. It was revealed that the worst areas are in poor, densely populated areas citing Northwest India, Pakistan and North Africa. No surprise then, that Western sub-Saharan Africa and South Asia have seen an increase in cardiovascular deaths and death rates are increasing.

In recent weeks we have heard the war theme mentioned from another direction, this time the British press have been carrying the rather ironic headline, ‘We are at war with Isis.’ Of course the Isis referred to here is the acronym for the Islamic State of Iraq and Syria, and not the Egyptian Mother goddess we know who is associated with marriage, healing and health. Still, by virtue of what has been written and thus imprinted both psychologically and in subliminal fashion, we are unfortunately, in some sense, at war with this benign Egyptian figurehead. How can we justify this apparent anomaly? Let us see, employing the wonder of that most marvellous and mysterious mechanism the Collective Unconscious, the repository of knowledge that reveals how everything is connected, what we can discover. 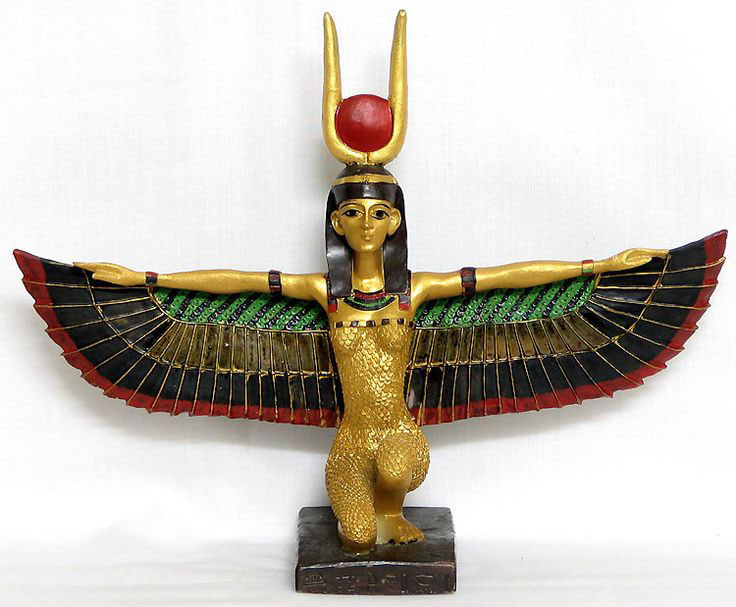 When we are discussing war and involving Egyptian mythology, we are going to arrive at Horus, god of war. I will first point out something unorthodox that I find significant within the word. Breaking it up into two, ‘Ho’ and ‘Rus’, I will remind us that ‘Ho’ is a contemporary slang for prostitute and ‘Rus’ was the original name for Russia, a nation known since 1848 to as ‘Reds, owing to’ when in the Communist era red was the colour of communist revolution. Russett, (which contains the name of the Egyptian ‘bad boy’ Set) is a dark brown with a reddish-orange tinge and is often associated with sorrow or grave seriousness. Combining both prostitute and red we can muse that we have arrived at an indication of that much character assassinated mysterious biblical figure of Mary Magdalene, perhaps the most contemporary figure head, certainly amongst the ‘New Agers’, now representing the Isis figure.

‘Horus’ itself can be phonetically pronounced as ‘whores’. War without acts of violence is unthinkable. Aggression found in men may be traced to what the prestigious Swiss psychiatrist and psychotherapist and founder of analytical psychology Carl Jung described as the negative animus in a male which invariably displays the characteristic of promiscuity, placing himself in a state of discontent, and spreading it all around him. Not only does this lead to unabashed violence, it will inevitably lead to the ultimate violence, war. Oxytocin (note the ‘Oxy’) is the opposite to the male’s chief sex hormone testosterone, the steroid secreted in his testes and which influences aggression, is the female hormone referred to as the ‘closeness hormone’ giving both comfort and peace.

Nitrogen is nearly four-fifths of common air. Its atomic number is 7. The atomic number of Oxygen is 8. In his controversial 1985 book ‘Genisis’, my short term collaborator the late author David Wood, discovered a hidden symbolic numerology derived from his geometric approach to measurements taken in the valley of Rennes-le-Chateau that related to a landscape sacred Temple he felt was influenced by Egyptian influences. Borrowing from David’s inspired system we find that 7 is the number attributed to Set, murderer of his brother Osiris and assailant of the child Horus, his central characteristic being anarchy or disorder. Notice how we find his name tucked away in ‘testes’. 8 is the number of Isis herself, the goddess who wears upon her head a sun disk with cow’s horns. ‘Ox’ is the general term for male or female of the common domestic cattle, the cow or bull. We find the word in the terms ‘Hypoxia’ and ‘Anoxia’, both having the meaning of a deficient supply of oxygen reaching bodily tissues. 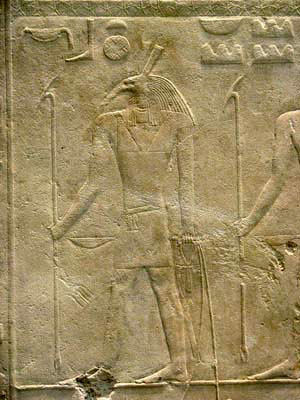 Anarchy and disorder – the Egyptian Set

Mountaineers, in the rarefied air of high altitude, will testify to their quite common encounter with hallucinations, as oxygen starvation acts to short circuit brain metabolism, disruptions in perception caused by changes in the brain. Under such physiological stress it is thought that conscious and unconscious split and the unconscious will take over to produce dream like experiences. The old mystics of Tibet may well have deliberately forced themselves to this limit, high up mountains, to produce mystical visions.

The prefix ‘Oxy’ has the meanings of ‘sharp’, ‘acute’, ‘keen’, ‘pointed’, and the one I will highlight, ‘acid’ as contemporary slang for ‘acid’ is LSD or other hallucinogenic drugs. In chemistry ’Oxy’ is the bivalent R-O-R functional group found in ethers, the volatile liquid used as an anaesthetic, a full explanation of the emphasis of anaesthetic and its relationship to Isis given in my earlier mentioned ‘The Black Rite – Hearthstone of War’.

There are those amongst us who, if suffering from poor supply of oxygen to their body, will experience a euphoric sensation and there are those at the other end of the scale who will become agitated and aggressive, rather like our friend the anarchic and disorderly Set. This is reflected in oceanic life where oceans that are losing oxygen are becoming more hostile to life. 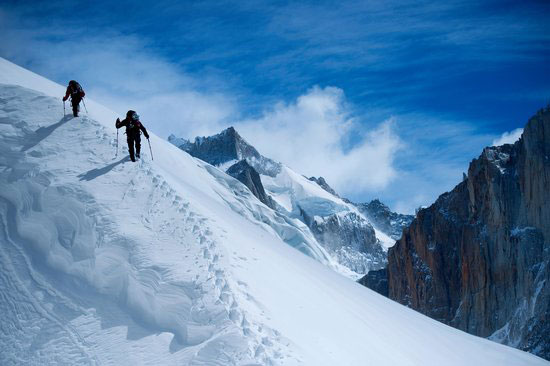 A recent scientific study conducted at Birbeck University in London by Dr Angelica Ronald sought to discover the relative contributions of genes and the environment to the experiences of paranoia, grandiosity and hallucinations, in doing so analysing data from the classical ‘twin design’ standard method using in gauging relative influences of both factors, the statistics extracted from almost 5000 pairs of twins aged 16 years. The results showed that the heritability was 50% for paranoia, 44% for grandiosity and 15% males, 32% females, for hallucinations, thus offering evidence that genes are playing a role in producing these experiences along with the environment as a more generally important factor.

If we consider a potentially unseen and active alliance between inherent genes and a growing enforced lack of oxygen in our global environment, we can reasonably expect there to be a statistical increase in people – those susceptible to what I will dub an ‘Oxy Gene’ – having visions from consequent hallucinatory states. This may give way to even more appearances of disorientated ‘guru messiahs’ and cult leaders acting out their fantasies directed by illusory and fanciful communications, and those content to follow them. Many, by contrast, may instead resort to aggression in its many forms. 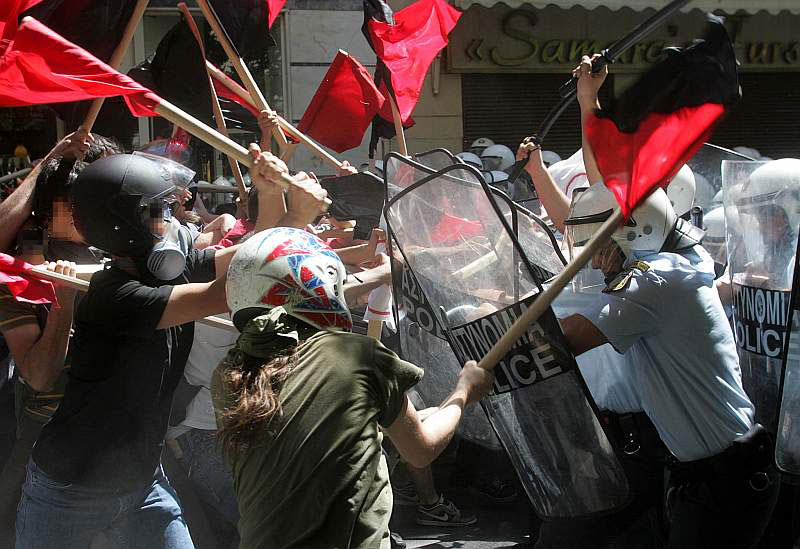 With an army of nebulisers at the ready, perhaps, then, we ARE at war, or pretty soon will be. Not with religions, as Pope Francis suggests, or with the peaceful goddess Isis, but with her rapidly depleting planetary oxygen. A war, that as a collective human race of all denominations, we are currently losing.