An asteroid killed off the dinosaurs?
Are you kidding me?

The asteroid and volcano theories, which are prevalent among scholars, are not viable because they can’t explain many specifics of the Cretaceous-Paleogene mass extinction: the presence of extraterrestrial amino acids in the soils for tens of thousands of years before and after the catastrophe, the loss of part of Earth’s atmosphere, the multiple spikes of iridium and extraterrestrial amino acids in the K-Pg boundary zone (a 100 cm layer encompassing both sides of the boundary, representing approximately 100,000 years), the extraterrestrial soot and elemental carbon in the boundary layer, etc. 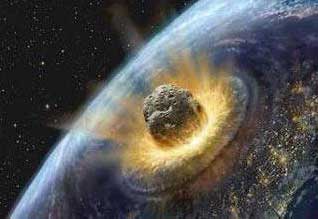 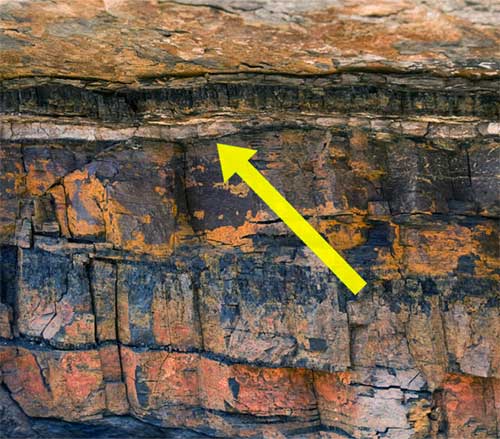 Smoking gun for dinosaurs’ demise: K-T Boundary with 1-inch iridium layer (arrow) exposed 10 miles west of Trinidad, Colorado. The element iridium is very rare on Earth but concentrated in meteors and comets. The same iridium layer is found in several exposures around the world, and corresponds in age with the Chicxulub meteor crater in Mexico’s Yucatan Peninsula. The layer marks the end of the Cretaceous era, and no non-avian dinosaur remains have ever been found above the boundary. The coal layers above and below the iridium suggests a swampy environment when the layer was laid down in this area of Colorado.Courtesy Mark Ryan
The iridium, supposedly a key proof for asteroid impact, is causing also other problems then the enrichment and the spikes before and after the impact.
If it was an asteroid impact, the deposition of iridium should follow the distribution pattern of the ejecta. The tektites are decreasing with increasing distance from the impact site until they are altogether absent, but iridium is spread homogeneously throughout the globe. No asteroid or volcano can do the trick.
[ad name=”Google Adsense 468×60 Banner Blue”]
Dinosaur Killers also resolves the longstanding riddle of why some species died off while others survived. In the words of the paleontologist Dr. Robert T. Bakker inThe New York Times, “It is as if nature aimed a smart bomb at the animal kingdom, designed to kill off only certain groups.”

One of the most hotly contested questions in paleontology revolves around the three-meter gap in the fossil record immediately prior to the boundary layer, representing about 100,000 years. Most often, it is assumed that the dinosaurs were already extinct at the end of the Cretaceous. As a matter of fact, the dinosauria was still alive and kicking when the catastrophe killed off most of the species on Earth. You will find a conclusive answer to this riddle. 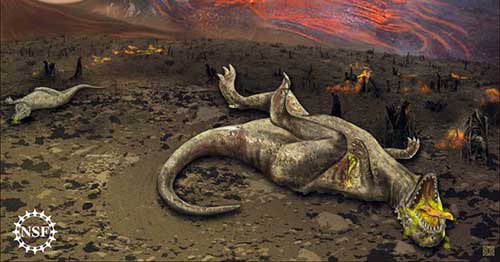 The book also presents a theory on the 1908 Tunguska meteorite mystery in Siberia, which can help us better understand the K-Pg mass extinction and the loss of atmosphere during that catastrophe.
It explains also why the huge dinosaur species did not need to be truly warm-blooded and why warm-bloodedness would have killed them.
Dinosaur Killers presents details about the atmosphere, which determined some specifics of the Mesozoic world, making giant flying reptiles and 50-ton dinosaurs possible, and explains why such extraordinary animals could not live today and why it is not possible to reconstruct the original authentic Mesozoic world in an open habitat, including the dinosaurs, as Michael Crichton did in his fiction book Jurassic Park.
The K comet extinction mechanism is an exceptional contribution to the study of K-Pg extinction and the dinosaur demise, and the implications for the survival of humanity.
The book also gives an overview of 146 other dinosaur extinction theories.
The K-Pg extinction mechanism is finally revealed.
Copyright 2014 Alexander Popoff,
author of the research books The Hidden Alpha and Dinosaur Killers 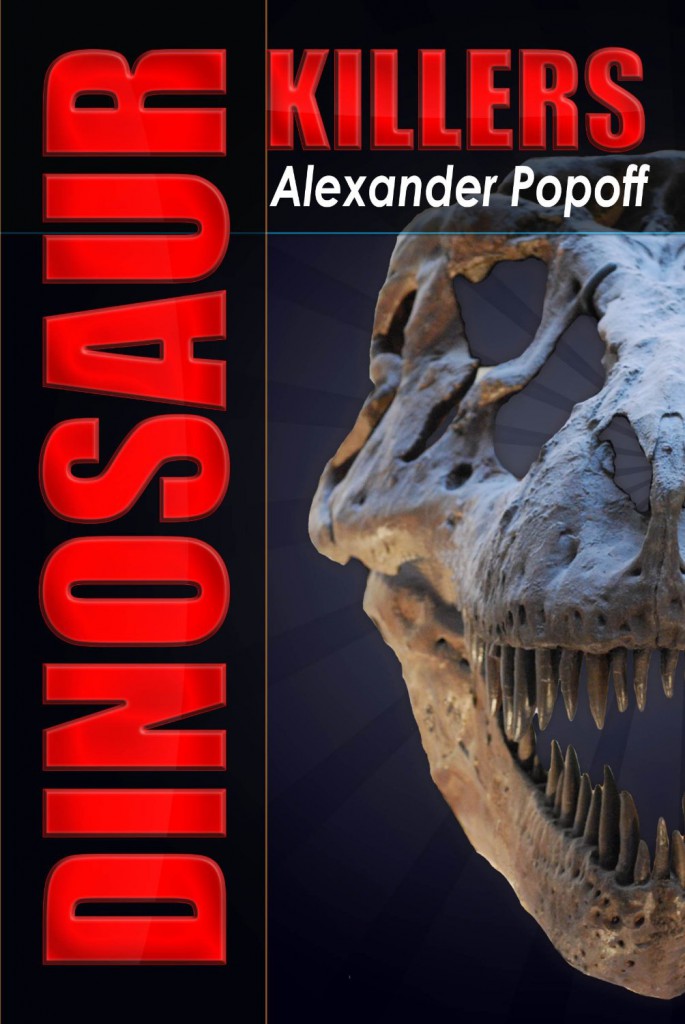 Paper copy of the book you can find here: