“Not that one is, but that whereby Is, is” — that is the purpose of being — to become through knowing the All.

As a sweet dawning of effulgent light spreading upon the mindscape of humanity, comes the messenger of fate whose media to man becomes complete and irrefutable through its manifestation into Time/Space. The mind of humanity is now awakened to the totality of all that has transpired in this the physical plane of being. All evidence is complete. At no other time in this world, has all been given to the living psyche of human contemplation (mankind), than the period henceforth called the Omega Age — age of total knowing through mental effort and media from the information float of Eternity.

Our computers stare at us permeated with redundant data so overwhelming with who and what we are, that we cannot truly ascertain all at once, the magnitude of this all-knowing state. Delivered to man’s intellect are the data of ancient wars held in present wars and other mega-social confluence for each and every possible scenario of existence on this Earth throughout history. Its presence is gestalt.

There is no hiding from this saturating rain of information upon the nervous structure of our lens on life. Our brains know the source/s of information and where to find the answers to the Why of our existence. Truth and lie cannot be hidden. Positive and negative behavior is known to the deepest soul. We can no longer fool one another when the dawning of this event becomes obvious. It is the burgeoning of our very essence. 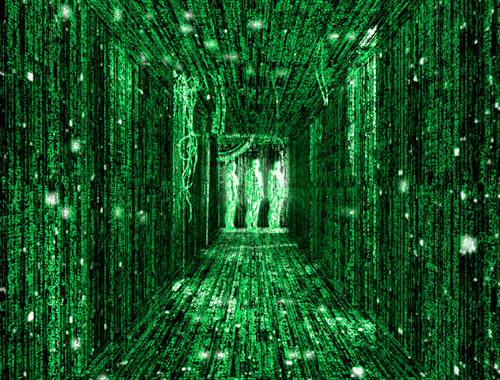 The old secret of “doing unto others as you would do unto yourself” becomes indisputable when it dawns upon one that we are all part of this grand scheme. And, we are responsible for it all. That is why truth has always been the focus of humanity’s pathway in this realm of being. There can be no other way but to Love One another since each of us is the “Other”. Everything we perceive to build our mental being is gathered by information fed back to us via the “Other” to our lens on life…the brain and then the mind. It is the universal mind we build. If there were no Other, there would be no—us for data feeds the mind. The One is linked to the Other in this Time/Space. If we lie to the “Other”, we lie to the self… and the mirror of our mind becomes aberrant. How can we act upon information that is not truth?

Many brothers and sisters of this realm of the Moiré Arena (matrix of existence) have said that there is no religion higher than Truth. When man seeks to control the Other outside of himself, he plays false and the mirror of life is chipped and marked. This realm is full of illusions and now all the illusions are manifesting into data that corrects them to the Truth. He who lies with Informal Fallacies (political) is known and this plane of being is about to undergo a catharsis toward truth. There is no place for evil and lies to hide its image for fabricated illusions are known to the collective — We know.

Why must all this happen? Why can’t we all go on living our lies and telling each other lies to spice up the environment? Could it be that human flippancy has overstayed its welcome due to its enormity of utilization to co-opt truth for the convenience of self-gratification? Indeed so — why?

Just as Einstein suggested that we move to the macro viewpoint in order to see more clearly the plan of Godhood—we move out/up, and dimensionally we amplify the data of all we see from above. Not only do we perceive more territory—we can focus simultaneously on one object and inculcate all the data relating to its singularity. God’s cursor has amplified within the mind’s eye of the beholder. As each day passes, event sequences become whole documentaries encompassing associated events into a clear picture of cause and effect to our souls. With each tic of the collective picoseconds, data expands geometrically to encompass even more reason to happenstance as “Soulular” travel expands. At some point each and every one of us will see the clarity of Truth and know the feeble effect of lies and implanted Laughing Tracks.

Soulular travel is the physical leveraging of Time/Space for the benefit of knowledge and wisdom to the spiritual soul. It can only be accomplished by the higher being existing within the realm of perceived existence. As with X- Ray Vision we begin to know who is Hoax and who is for real.

Soulular travel issues out from unknown sources as seen from this side. Movement out of Timelessness is as a Godly broadcast of potential that is generated out of His order and unity, which are the products of the elements and principles of Deified Nature. Mind or creative thrust builds from potential and feeds back upon itself to amplify changing potential in the assembled matrix of Time/Space — The Moiré Arena.

Through event sequences, linked via connected feedback networks, memory becomes localized within the broadcasted light vehicles (which makes up every form) manifesting in dimensional essence. This collection of animated particles or carriers fabricates localizations or singular vehicles within a moiré arena’s program and mapping criteria. The mentality of mankind has reached its potential and all else is a means to an end.

Upon the soulular reference-plane, mapping at exponential speed, is the accumulation of humanity’s knowledge and wisdom of itself. The mind is boggled as it strains to decipher massive thought globules that contain dense information about each singular particulate. Lives and their complications flash past our mental cursor-on-existence (brain) and we see the familiarity of our own attempt at the prime objective of being here in Time/space. As we see this euphorically experienced flash of the Ancient-of-Days templated with the Days of Our Lives, we know something big is about to happen to humanity.

Positive and negative actions swirling through the broadcast of being is evident. What wrongs have been committed against man by man? The World Trade Center (9.11), World Com, Enron, Xerox and thousands of other fabricated wrongs sit on the horizon as reminders of our plight. In the future a potential world at war, due to the small minds that guide this planet, will show its tentacles unless humanity steps forward into the light. Few listen…few seem to care, but we are only now awakening and soon it will become exponential. It will be our final test.

The agglomeration of man’s efforts has reached a stench that all can smell and its efforts to survive are fragmenting away at each false foundation of its hateful building. We must stand and deliver or all will come tumbling down as did the Tower of Babble. 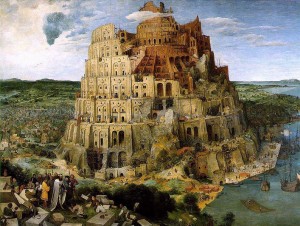 Not that One is, but that whereby Is, is — that is the essence of being here in Time/Space. It is not about us. It is about the collective of the All. We all must work through Truth to save this thing we call Life.