Abstract: Using Google Earth and browsing the geographic appearance of the Earth’s crust starting from the South Pacific Ocean right above Antarctica and traveling over to Drake’s Passage and into the South Atlantic Ocean there seems to be a visual trace that some sort of cosmic collision occurred in that area. (See Figure 1) The impact of the object surfed across the ocean and collided with the bottom of South America where it once connected to Antarctica creating Drake’s Passage opening. This impact also may have had the kinetic energy to break the Earth’s crustal plate and create the fault lines (See Figure 3) in addition to changing Earth’s axial tilt (See Figure 2).[Report and Opinion. 2010;2(2):1-2]. (ISSN: 1553-9873).

They say pictures speak a thousand words so before you read what I’m about to say, take a moment and study the photos shown below. In Figure 1, you can see a red outline drawn to represent the impact site and the path of trajectory. The object (asteroid) hit the South Atlantic Ocean and surfed around the top edge of Antarctica until colliding with what was once the connected land mass between the bottom tip of South America and Antarctica known as Drake’s Passage (Figure 4). As the object surfed across the ocean it tore away at the ice sheet and created a gigantic wave across the Pacific Ocean destroying almost every land mass above sea level in its path. The force of the water can be easily seen carving out the entire western coastline of South America all the way up to Mexico (Figure 5). 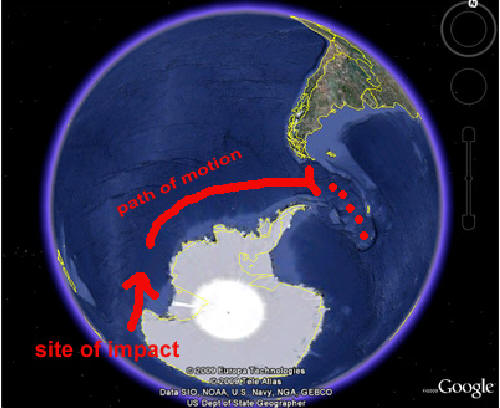 Figure 1. Impact collision point and path of motion for the cosmic object

The Mayan’s placed a monument on Robinson Crusoe Island off the coast of Chile and some people believe this is “Apocalypse Island.” If this impact really did occur then this island would most definitely have been the center point which experienced the most horrific events from the tsunami and shock wave from the energy released in the area. Perhaps the civilization at Machu Picchu in Peru was started because it was the only place left to inhabit after this event occurred in the region. All history was wiped off the face of the southern hemisphere surrounding this impact and affected all civilizations across the globe. The shock wave and amount of water that was displaced out of the Pacific could have travelled as far East as the Lost City of Atlantis. There is a Google Earth image at the bottom of the Atlantic Sea showing a grid-like pattern on the ocean floor which may resemble a man-made city structure about 620 miles of the coast of Spain near the Canary Islands. The force of impact would have created the fault line that broke the Earth’s plate right down the middle of the Atlantic Ocean and would have flooded most of the plains in the area. The story of Atlantis speaks of giant volcano popping out of the Earth and destroying everything and then the city just sinks away under water. Depending on what this cosmic object was made out of it could have added to the Earth’s water mass and increased the amount of water on the planet. Astronomers have found asteroids that contain large amounts of frozen water and this type of object may have been what hit Earth. 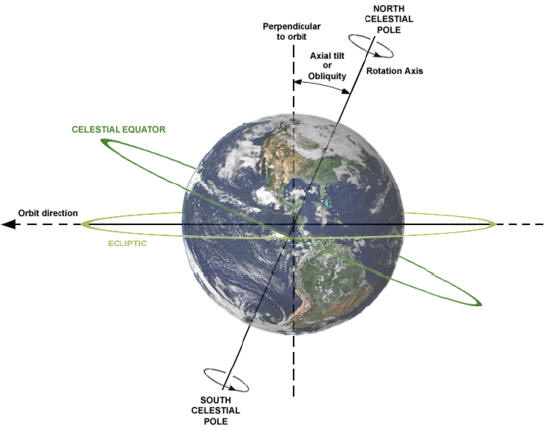 Figure 2. Earth’s Axial Tilt in Relation to the Impact Site

If you study the fault line Figure 3 below you will notice that there are breaks in Earth’s plate along the exact impact location surrounding the boundaries of the object’s path as it traveled across the crust after impact. The force exerted on Earth’s crust perfectly demonstrates the pattern of cracks along stress points from the aftershock across the entire planet. In addition to the fault lines, Earth’s axial tilt was created from this cosmic impact as well. Take a look at Figure 2 to the left and how the impact location perfectly represents the physics associated with such a collision rotating our planet’s center of spin. 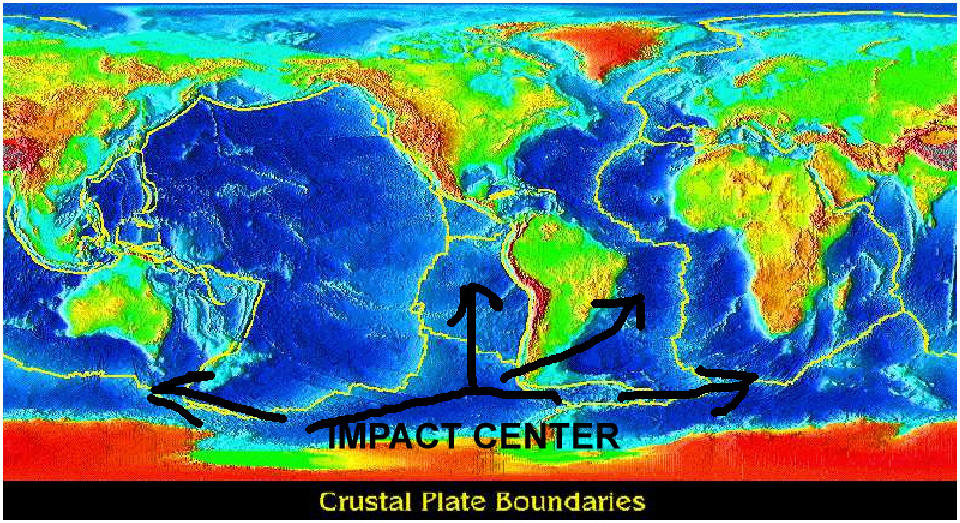 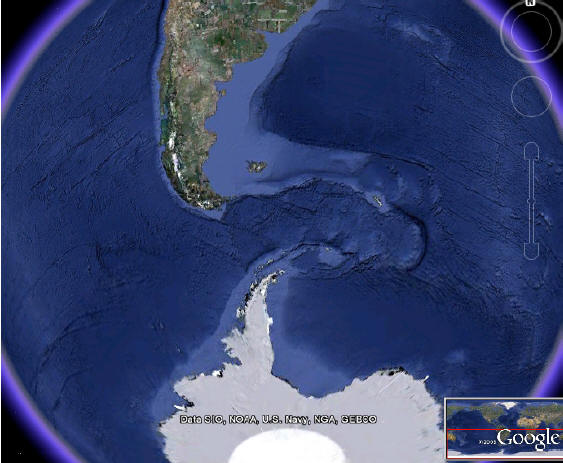 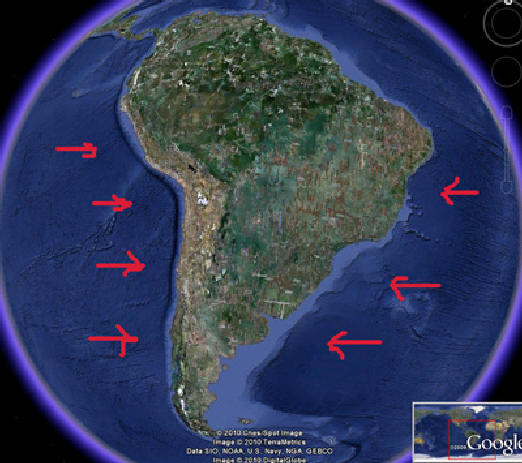 All this evidence puts into perspective the possibility of such a cosmic impact having occurred here on the planet Earth within recorded history and the existence of human kind. 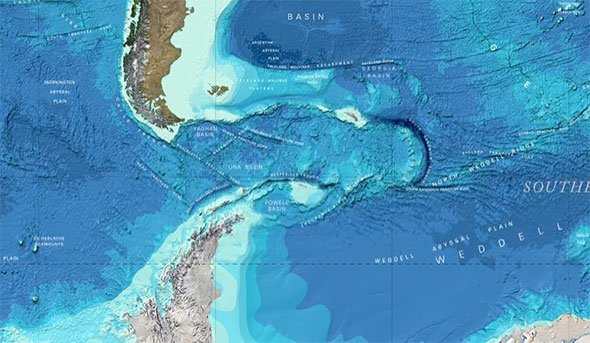 Explore the interactive map below:

The Younger Dryas impact hypothesis or Clovis comet hypothesis posits that fragments of a large (more than 4 kilometers in diameter), disintegrating asteroid or comet struck North America, South America, Europe, and western Asia about 12,800 years ago. Multiple airbursts/impacts produced the Younger Dryas (YD) boundary layer (YDB), depositing peak concentrations of platinum, high-temperature spherules, meltglass, and nanodiamonds, forming an isochronous datum at more than 50 sites across about 50 million km² of Earth’s surface. Some scientists have proposed that this event triggered extensive biomass burning, a brief impact winter, the Younger Dryas abrupt climate change, contributed to extinctions of late Pleistocene megafauna, and resulted in the end of the Clovis culture.

In 2019, scientists reported evidence in sediment layers with charcoal and pollen assemblages both indicating major disturbances at Pilauco Bajo, Chile in sediments dated to 12,800 BP. This included rare metallic spherules, melt glass and nanodiamonds thought to have been produced during airbursts or impacts. Pilauco Bajo is the southernmost site where evidence of the Younger Dryas impacts has been reported. This has been interpreted as evidence that a strewn field from the Younger Dryas impact event may have affected at least 30% of Earth’s radius. Also in 2019, analysis of age-dated sediments from a long-lived pond in South Carolina showed not just an overabundance of platinum but a platinum/palladium ratio inconsistent with a terrestrial origin, as well as an overabundance of soot and a decrease in fungal spores associated with the dung of large herbivores, suggesting large-scale regional wildfires and at least a local decrease in ice age megafauna.