Seers should examine all inputs as Jung did. 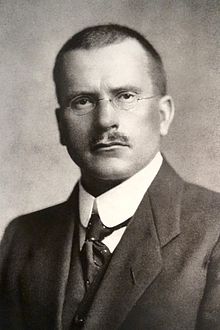 Carl Jung wondered if he might be crazy when he had visions of the World War before the first of these conflagrations in the 20th Century came to pass. This made him a lot more desirous of understanding from whence his prophetic visions might have come as he continued to become one of the most erudite and learned men of that century.

There are a lot of people who exhibit common sense (an all too rare thing) that understand it is what we DO that determines what we are; rather than what we say (!) we believe. This principle or law is encompassed in the saying of the Magi called ‘Right Thought=Right Action’. 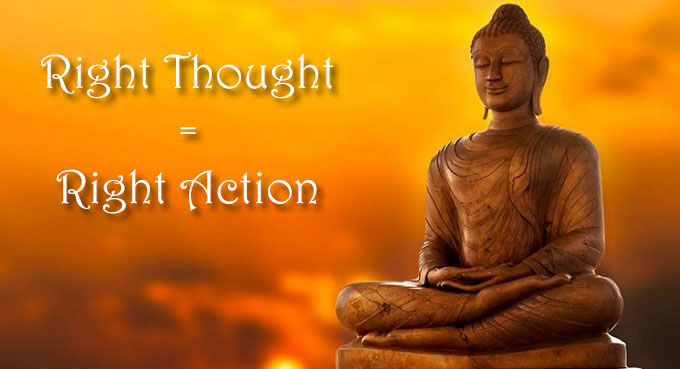 The practices of Tai Chi and qigong (pronounced ‘chee-gong’) work with the energy that surrounds us and sustains us and our astral selves. In China it has a prehistoric origin that makes the government want to stamp it out. This is the kind of religion that focuses on personal transformation and healthful interactions with all around us. They say it differs from Yoga or Tai Chi in that it is less complex and requires less focus on breathing. This ‘They’ is Falun Dafa or Falun Gong. 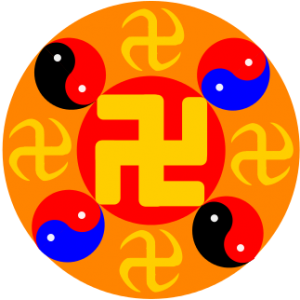 You should have heard about the attacks on it in China and maybe you know it is spreading in America. The Chinese government is trying to extradite the leader back to China. The heresy trials and Inquisitorial approaches of nations are still with us. 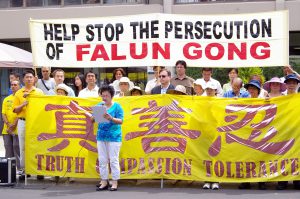 ‘Chhi’, ‘Qi’, ‘Pranha’ and other names like ‘cosmic soup’ are really the same thing as what the limbo state and astral energy or auric bodies are made up of.

The benefits of looking inward for growth and purpose are much better than trying to get someone else to believe as you do. In his foreword to ‘The Tibetan Book of the Dead’ with an Introduction by Lama Anagarika Govinda, Carl Jung made some excellent points. He says that we are visualizing these energies and spiritual dimensions according to our prevailing ethnic and cultural idioms. If we believe in Shiva or Jesus, Mohammed or Cernunnos then when we encounter the energy that relates to these cultural images, that is what our mind translates to our conscious brain. Science can prove the neurophysiological nature of these assertions now. It surely would cut a huge swath through a lot of ecclesiastical structure if everyone was to know we are all affected by the same ‘gods’ with simply different stories and names. Ecumenicism is not (as the Catholic Cardinal Biffi would like) just a dialogue between Christian denominations.

It is a ‘Brotherhood of Man’ initiative that all of us must endeavour to bring to fruition. We are endeavoring to find the best way to show how the ‘his’-story has stolen this once common perception that Falun Gong harkens back to, has taken us away from our soulful connection. The growth of man’s culture seems headed towards more of what is called connectivity or ‘Critical Mass’ through shared archetypes but the manipulation of thought and development of counter-archetypes is causing a lot of confusion.

Northrop Frye addresses this growth that Jung studied in this brief excerpt.

“Jung believes, however, that the ordinary medical analogies of diagnosis, treatment, and cure are not adequate for the psychologist. The physical body nearly always matures in about twenty years, but in most people the psyche remains largely undeveloped throughout life, though it possesses within it a force of growth toward the ‘individuation’ which is its peculiar maturity {I posit Jung understood ‘PURPOSE’ in the same way Viktor E. Frankl did in what became Logotherapy. Jung understood that ‘individuation’ is aligned with all the forces and powers making each of us more whole when we know the ‘one’-ness.}. This growing force within the psyche is what Jung, in contrast to Freud, means by libido, {Freud was an ego conflicted individual who never understood the sexual drive to achieve ‘one’-ness.} and, being a biological force, it behaves teleologically, just as an acorn behaves as though intended to become an oak tree. {With many other acorns.}

When a psychologist tries to help a neurotic, he is helping release the power of growth, and he ought to realize that any ‘cure’ is only one stage in the process he has started going.” (2). Cayce waxed eloquent about Atlantis and when he was doing it people knew very little about ancient civilized people on Earth. I spent about a thousand hours in his library at the ARE in the 70s. But most of what he supposedly channeled was in books or now proven to be crap! He and his father before him were top Masons. Hugh Lynn Cayce and Mark Lerner or Zahi Hawass who they educated are liars. The Picknetts tell some of the story: On the Verge of the Fall of a Dictator Among Egyptologist, How Dr. Zahi “Pharoah” Hawass Tried to Stop the Bosnian Pyramid Project,  http://www.tnetimes.com/article/244-…x-bosnia-semir

This article: PROJECT STARGATE: ANCIENT ALIENS AND THE CIA pins the tail on the donkey – Cayce.

Cayce was doing what his secret society knowledge demonstrated worked. He built his Association for Research and Enlightenment on the Earth Energy Grid’s most appropriate vortex or center point. Many priests appeared to be great diviners because of their astronomical knowledge of events including eclipses. This kind of fake out was still being done in the last century and you could even say all the apocalypse crap of Christians talking about Mayans predicting the 2012 spiritual re-alignment as the ‘end of days’ is the same thing. But it often had ghastly results as in the case of Pizarro’s men hacking and hewing thousands to death because their leader told his army, whose members could easily have killed all the Spaniards, to lay down their arms. History seldom tells you about the written agreement between this leader and Pizarro done about a year earlier on the occasion of Pizarro arriving in South America. The leader had used the Cosmic serpent astronomy as his reason for predicting the arrival of a new age. Sometimes this was done over a century in advance as in the case of the Holy Romans who worked with Aztecs to alter the Mayan calendar to predict the arrival of what Cortez brought to fruition on the first day of wheat – the return of the white gods.

The Greek oracles were often in an hallucinatory state due to gases coming up from the earth according to recent archaeology. They really didn’t heed to hallucinate to repeat what they had been paid to say in order to assist getting people to venture out in new expeditions to colonize or defeat some other place.

If you go back a lot further you find priesthoods attuned to helping people and improving many conditions. The trust developed by ancient shamans was usurped by religions with interpreters running nations. The currently running Expedition show on TV had the Atacama giant and Nazca Lines mystery on a recent episode. It said what I said – lines over water aquifers and people using spiritual rituals to draw energy to bring water to the surface. The rituals include alignment of the designs to the sun and stars (like Venus or the morning star) and the Earth Energy Grid like all other megaliths.

The author of this piece at Makow’s site is a lot closer to explaining what goes on and he is right about Skull & Bones as well as many Merovingians like the founder of Skull & Bones therefore.

And how far does it go?

It goes very deep, indeed. Remember as you read this, Ben Franklin was associated with electricity in your common understanding from myths taught as covers to hide deeper truths. He was on the panel debunking Mesmer which I show the panel was not so concerned with as they were trying to keep secrets – secret.

In many places I have addressed Tesla and Tom Bearden along with how the US and Canada (see Mind-Machine Interfacing article of mine) has worked with people I knew to develop these very things. Of course it is best described in my book on Tesla whose great-great grandniece worked for me in 1981.

Yes, if you actually study and LIVE you do get to know things and people most sheeple are amazed about or think I must be a BS artist.

Here is a small part of what Tom describes at Cheniere.org.

” The potential peaceful implications of Tesla waves are also enormous. By utilizing the “time squeeze” effect, one can get antigravity, materialization and dematerialization, transmutation, and mind boggling medical benefits. One can also get subluminal and superluminal communication, see through the earth and through the ocean, etc. The new view of phi-field also provides a unified field theory, higher orders of reality, and a new super-relativity, but detailing these possibilities must wait for another book.

With two cerebral brain halves, the human being also has a Tesla scalar interferometer between his ears. And since the brain and nervous system processes avalanche discharges, it can produce (and detect) scalar Tesla waves to at least a limited degree. Thus a human can sometimes produce anomalous spatiotemporal effects at a distance and through time. This provides an exact mechanism for psychokinesis, levitation, psychic healing, telepathy, precognition, postcognition, remote viewing, etc. It also provides a reason why an individual can detect a “stick” on a radionics or Hieronymus machine (which processes scalar waves), when ordinary detectors detect nothing.”