Feb 21, 2012. Delegates from 26 countries opposed to a new EU carbon tax on airlines are meeting in Moscow to consider possible retaliation, amid fears of a trade war.
China, India, Russia and the US are among the countries opposed to the EU fee, which took effect on 1 January. (Read PS after this post)

If they were serious

If they were serious, if the followers of Al Gore and James Hansen and Michael Mann et al; if the Hollywood crowd and those who sincerely wished to Save the Planet, if those who assert that emissions of Carbon Dioxide are going to cause such Global Warming that the Arctic would disappear, Manhattan would be flooded and Disneyland would be inundated – if they were really serious, why do they not start nearer home, in California, in Yellowstone National Park?

Why start with the emissions, the piffling amounts of CO2 that man produces, when on their doorstep they have these giant geysers, which blow a mind-boggling amount of Carbon Dioxide into the atmosphere with incredible regularity almost on the hour? 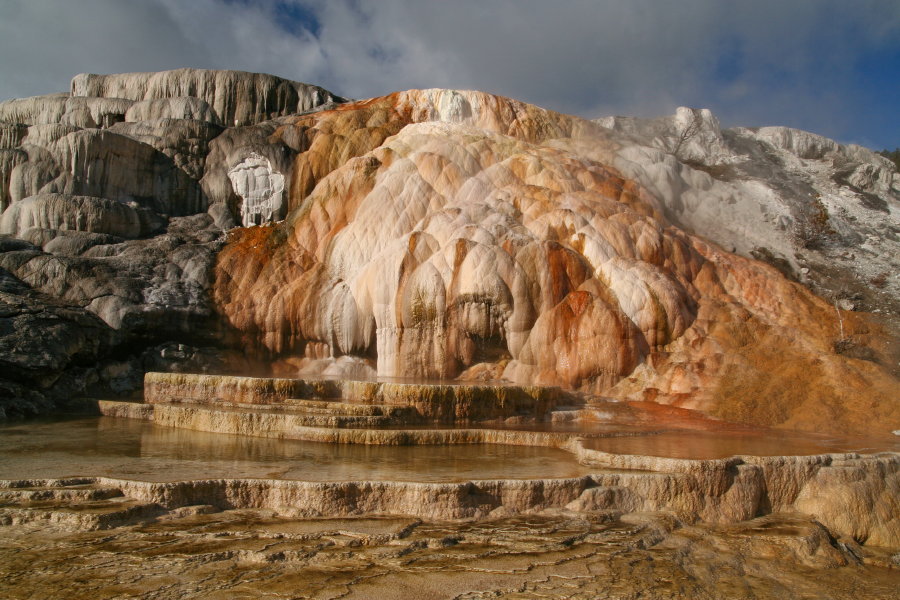 The Mammoth Hot Spring at Yellowstone, USA, pumps out 160 to 190 tonnes per day of CO2.

Per day! I knew that I had read this somewhere; I believe I have even written something like this before, but nowhere could I find these figures, not in my own writings, not in any searching in Google.

At last I hit upon it – that massive tome of information “Heaven+Earth” by Professor Ian Plimer.

If you are even half a Skeptic, that is to say if you have some doubts, if you need facts and figures, then read this book, again and again and again.

On p.217 you will find the above quotation, with notes as to the source.

Here is another morsel, under Volcanic gases: – p.216 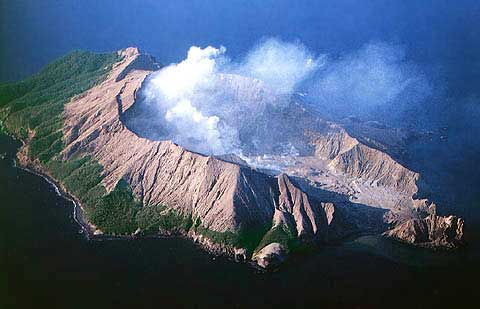 Once anyone begins to realise the enormous quantities of Carbon Dioxide that is produced by geysers, fumaroles, vents and so on every day, then and only then can one realise the puny amounts that man is adding to the atmosphere. Clearly the Holier-than-thou crowd could make a massive first step by attempting to bung up all the vents and geysers in Yellowstone! Ha! Ha! I guess I must have a malicious streak. And we have not yet come to volcanoes. Why! I mentioned that a volcano could produce in one burp enough CO2 to eclipse the total of man-made CO2 for an entire year.

A young lady wrote to me:

Your point about the volcano seems like a clincher, Tony !
I had no idea …

Thanks for the love, Monica, I am but a humble scribe. Say thanks in your heart to Professor Plimer, whom I am quoting, since my expertise is entirely second-hand. But is not that short note revealing?  How many people must be taken in by the propaganda from the Greens, by totally idiotic and unfounded assertions that the Global temperature will rise by x number of degrees, leading to all sorts of horrors?

Every time I read that claptrap about Carbon Footprints, and how to reduce them, my gorge rises. How can these ignoramuses have the gall to inculcate innocent schoolchildren with this hideous bile?  For that is what is happening. Science is being distorted, textbooks and even Wikipedia is being suborned, so I believe, in order to fit in with a maniac view of the universe. Some of these cranks would even seek to sequester Carbon Dioxide underground, which would be really funny, in view of the fact that Carbon Dioxide in the aforesaid vents and geysers is expressly attempting to escape from the Earth’s interior, were it not so pathetic and so tragic.

One thing becomes clear as we observe the figures for the atmospheric gases. Nothing is fixed. All the figures we have are approximations, are sometimes useful averages. But that is all. The atmosphere is in a constant state of flux, and that is the only constant that there is about it. Every second of every day in every place change is occurring. This Earth is hurtling round the Sun on an elliptical course. Sometimes we are as far away from the Sun as the distance of the Earth to the Moon – spinning like a top and wobbling on the way. Does this make a difference? Surprise! Surprise! When we are closer to the Sun we get hotter.

What else? Let us not forget the winds and the waves. Sometimes it blows a gale, sometimes the seas are calm like a millpond, and sometimes the Moon lifts the waves in tumultuous storms. This is all so obvious that it would seem to be unnecessary to have to declare that we live in a dramatic universe. Nothing whatsoever is static. Nowadays with time-lapse photography we can observe the clouds forming and re-forming, we can watch the stars racing across the Heavens. And if we could have arranged a time lapse photograph of our own individual lives we would be forced to observe the progress from birth to maturity and from maturity to old age and then death itself.

Then we get rain. Rain is a cosmic miracle. Not only could we not live without drinking water, but rains also washes the atmosphere and clears it of dust particles, aerosols and unwelcome gases. Yet we have these pathetic bigots who call themselves environmentalists whose only real interest in the environment is to make political capital.

If these bigots really believed that Carbon Dioxide was the cause of Global Warming and Climate Change, if they were truly serious, would they not by now have blanketed the oceans, waged war on bacteria, stifled the geysers, and forbade us humans to breathe out! Is that ridiculous? Yes, indeed that is how ridiculous it is.

This BBC News article reveals indirectly the reason for the Carbon Tax propaganda started by Al Gore.
Carbon Tax could be expanded in the future to tax on animal farms  and eventually on human breathing.

Critics say the EU has no right to impose taxes on flights to or from destinations outside Europe.

But in December the European Court of Justice ruled that the EU tax on CO2 pollution from aircraft was legal. The Emissions Trading Scheme (ETS) creates permits for carbon emissions. Airlines that exceed their allowances will have to buy extra permits, as an incentive to airlines to pollute less. The number of permits is reduced over time, so that the total CO2 output from airlines in European airspace falls. The EU’s Commissioner for Climate Action, Connie Hedegaard, said the opponents should work with the EU to create a global scheme to cut aviation pollution. “Nobody would be happier than the EU if we could get such a global deal,” she told the Today programme on BBC Radio 4. Ms Hedegaard said the UN’s International Civil Aviation Organization (ICAO) was the place to negotiate such a deal. “Nobody has fought harder than the European Union over the years to get a global deal,” she said. She argued that the existence of the EU’s permit scheme might make some countries shift their position “so that we would get the global deal, which is preferable”.

Most of the EU carbon credits this year will be granted free, however the airlines must buy or trade credits to cover the rest, and the cost increases from 2013 onwards. The payment for 2012 will be calculated after each airline’s annual carbon output has been added up, to be paid in early 2013. China claims the plan could cost Chinese airlines 95m euros (£79m; $124m) in additional annual costs. Analysts say it could jump to three or four times that much by 2020. China has barred its airlines from participating in the ETS and the US Congress has voted to exclude US airlines from it. Trevor Sikorski, a carbon markets analyst at Barclays Capital, said broad non-compliance among non-EU airlines could lead to jets being impounded in the EU and tit-for-tat measures, “which would be very damaging for airlines”. Airbus chief executive Tom Enders, quoted by the Associated Press, said he was worried that “what started out as a solution for the environment has become a source of potential trade conflict”.