Bloodline of the Gods 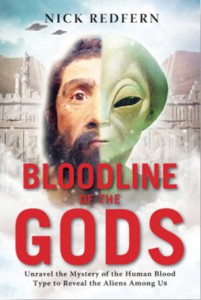 For the Human Race, there are four, primary, types of blood. They are A, B, AB, and O. The classifications are derived from the antigens of a person’s blood cells – antigens being proteins that are found on the surface of the cells and which are designed to combat bacteria and viruses.

Most of the human population have such proteins on their cells. They are the Rh positive percentage of the Earth’s people. Within the United States, current estimates suggest that around 85 percent of all Caucasians, roughly 90 percent of African Americans, and approximately 98 percent of Asian Americans are Rh positive.

The small percentage of the U.S. population (and that of the rest of the world, too, it should be noted) which does not exhibit the relevant proteins falls into a very different category, that of the Rh negatives.

Why one particular group of people should have blood that is so incredibly different to that of just about everyone else, is a matter of deep controversy. It is an issue that has led to the development of an astonishing theory: that in the distant past, visiting extraterrestrials subjected early, primitive, humans to advanced gene-splicing and cell–manipulating techniques; ostensibly to create a slave race. In doing so, they gave birth to the Rh negatives.

If, however, the father is Rh positive and the mother is Rh negative, that’s where the problems can begin and the results may prove to be very different – and tragically so, too – as the baby will be Rh positive. It is this latter issue that gets to the crux of the problem.

As incredible as it may sound, the blood of an Rh negative pregnant woman can be completely incompatible with the blood of an Rh positive baby she is carrying. Such a situation can very often provoke the mother’s own blood to produce potentially lethal antibodies which are designed to attack the fetus’ blood, if and when the former is exposed to the latter.

In other words, the positive baby is perceived by the mother’s negative immune-system as something hostile, something not quite as it should be. For all intents and purposes, the unborn child is considered something alien and something to be gotten rid of at the earliest opportunity possible.

More disturbing is the fact that the more times a woman becomes pregnant, the more powerful and prevalent the deadly antibodies become. In short, the mother’s body finds ways to make the process of trying to kill the fetus ever more powerful, swift, and effective with each successive pregnancy.

It’s almost as if there is something deeply ancient and non-human encoded in our DNA that sees positive and negative as being acutely different to one another, and never intended for unification. That may be exactly the case.

If we today – and particularly so the Rh negatives – are the product of extraterrestrial manipulation, then who, exactly, were the beings that decided to play god with the Human Race’s earliest forms? Why were they so intent on creating new and radically different kinds of people? Where did they come from? Are they still amongst us? 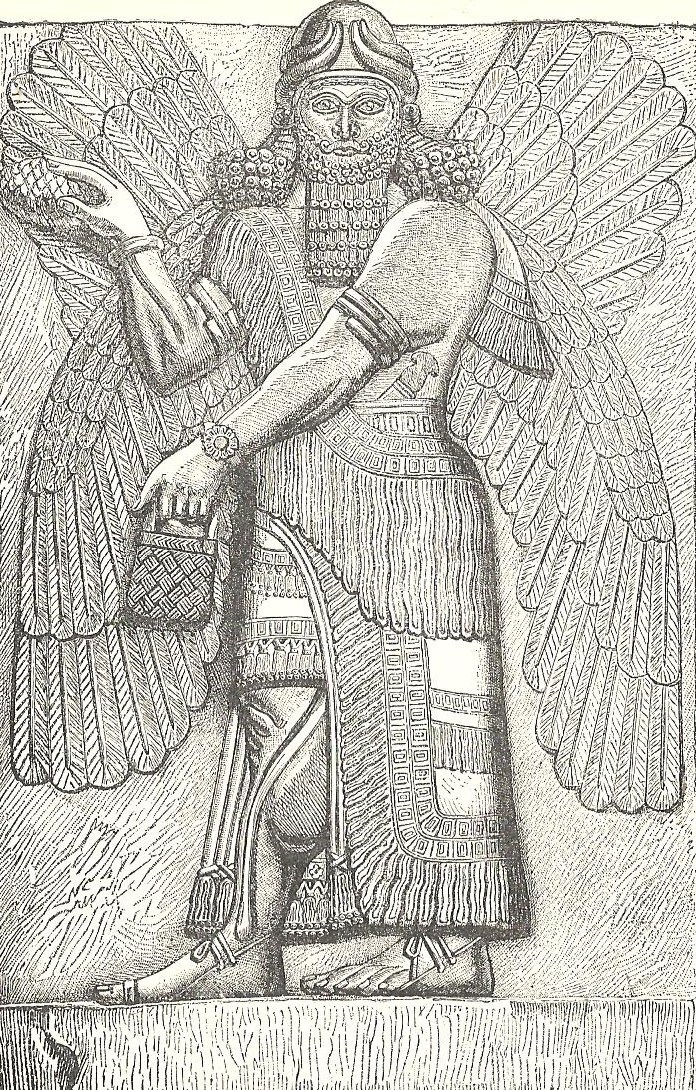 They are questions that lead us to a legendary, powerful body of entities that have become known as the Anunnaki. They are also questions that take us to the heart of ancient Sumerian cultures, which can be found in what, today, is southern Iraq, and which, historians and archaeologists believe, was first settled at some point between 5,500 and 4,000 BC.

According to Sumerian lore, more than 400,000 years before a huge deluge devastated the Earth and killed untold millions, this mighty race of legendary people came to our planet from the heavens above. During their time here, they brought some form of stability, and even society, to what were, originally, extremely primitive human tribes, some of which ultimately became the Cro-Magnons. That was not, however, the original agenda of the Anunnaki.

The primary goal of the Anunnaki was to genetically alter primitive humans to create a robust and strong entity that, effectively, amounted to nothing less than a slave race, one designed to do the bidding of their extraterrestrial masters – including mining the Earth for its supply of precious and priceless gold. When the Anunnaki finally left the Earth, they left behind them an astonishing legacy: a new form of human, one radically different to the rest: the Rh negatives. And they still live today.

The RH negative strain runs through the British Royal Family, something which has provoked controversial assertions that the Royals are not all they appear to be. An entire subculture exists suggesting the Royals are directly descended from an ancient order of humanlike extraterrestrials that are the true, secret rulers of our planet.

Is there something in the genetic make-up of the Rh negatives that makes them born leaders, powerful figures, and perhaps not unlike the legendary “heroes of old” and the “men of renown,” as described in the pages of the Bible (and almost certainly Rh negatives, too)?

Do the Rh negatives amount to an underground army of human hybrids being carefully, and secretly, nurtured for reasons that might be nothing less than downright sinister and deadly?

If, one day, it is proved that a small percentage of the Human Race is not entirely human after all, will we see a backlash against the negatives? Will there be witch-hunts? Might there be calls to have the negatives isolated from the rest of society?

Could a form of “extraterrestrial racism” – born out of a fear that some of the negatives may be part of a sinister, alien agenda – develop both wildly and widely? Will we see the construction of countless “Extraterrestrial Guantanamo Bays?”

These are the kinds of intriguing and inflammatory questions that the many and varied mysteries of the Rh negatives provoke.

UFO researchers, astronomers, and NASA have spent countless years looking towards the heavens for the proof that aliens are amongst us. The strange saga of the Rh negatives, however, suggests strongly that it’s not to the stars that we need to look for proof that extraterrestrials really exist. It’s to us, the Human Race. In a strange, fantastic, and even ironic, fashion we – or, at least some of us, the Rh negatives – are the very aliens that we have for so long sought…

Nick Redfern is an author, lecturer, and journalist who writes about a wide range of unsolved mysteries, including Bigfoot, UFOs, the Loch Ness Monster, alien encounters, and government conspiracies.
His previous books include Close Encounters of the Fatal Kind; For Nobody’s Eyes Only; The World’s Weirdest Places; The Pyramids and the Pentagon; The Real Men in Black; The NASA Conspiracies; and Contactees.
Redfern has appeared on numerous television shows and networks, including Fox News; The History Channel’s Ancient Aliens, Monster Quest, and UFO Hunters; VH1’s Legend Hunters; National Geographic Channel’s The Truth About UFOs and Paranatural; BBC’s Out of this World; MSNBC’s Countdown; and SyFy Channel’s Proof Positive. He can be contacted at Nickredfernfortean.blogspot.com.
Nick Redfern is the author of Bloodline of the Gods, published by New Page Books, 2015. ISBN: 978-1- 60163-365-1. US $16.99, (Can. $20.50) 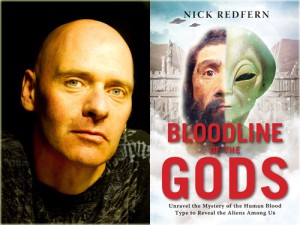 Are significant numbers of humanity the product of an ancient and advanced alien civilization? Have we, across the millennia, been periodically modified and refined as a species? In short, has our genetic make-up been manipulated by otherworldly beings that view human civilization as one big lab experiment?

These are controversial and thought-provoking questions. They are also questions that demand answers, answers that may very well be found by examining those people whose blood type is Rh negative.

The vast majority of humankind–85 to 90 percent–is Rh positive, which means a person’s red blood cells contain an antigen directly connected to the Rhesus monkey. This antigen is known as the Rh factor.

Each and every primate on the planet has this antigen, except for one: the remaining 10 to 15 percent of humans. If the theory of evolution is valid–that each and every one of us is descended from ancient primates–shouldn’t we all be Rh positive? Yes, we should. But we’re not. The Negatives are unlike the rest of us. They are different.

They are the unique individuals whose bloodline may have nothing less than extraterrestrial origins.