Billions Will Die Unless We Find An Answer!

That is what we are told will happen in our near future, if we don’t find an answer to the Fresh Water problem that will soon face our world.  Now granted, this warning, that story, has been replayed my entire life.  We’ve been told, at least from the early seventies, that wars will be fought over fresh water… to date that hasn’t happened yet… however, the war drums over fresh water are raising their ugly head once again:

Yet, what I don’t understand is, we live on a planet that is mostly water… salty water, yet water nonetheless. 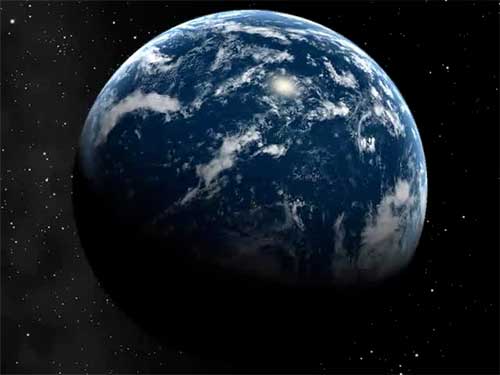 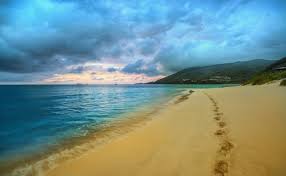 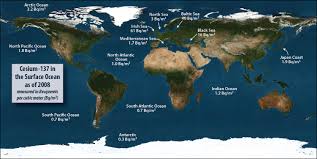 So I’ve been thinking, how can we turn large amounts of salt water into fresh water?

Below is my idea. Now I’m not saying it’s the be all to end all ideas when it comes to creating fresh water from salt water, however, this is my attempt at getting the wise minds here at World-Mysteries.com thinking about a solution. Remember the experts say, billions upon billions of lives hang in the balance.  With that, the beautiful thing about this idea is nothing needs to be invented; everything we need to make this idea reality already exists.

Here is that idea:

I’m going to use the State of California as my example.
(However, why couldn’t this idea work for Saudi Arabia, Egypt, Libya, Israel let alone Australia, and all the other desert/extremely dry areas of the world that border oceans?)

The State of California has been suffering under a drought for a least six years… yet the entire western half of California is up against the Pacific Ocean, so, I’m like… let’s use that ocean water.  My idea is to boil large amounts of sea water, turn that sea water into steam, collect that steam, filter the water collected from that steam (if desired), and then put that water into the massive aqueducts California has already created.

Here is what is needed… place 6, 10” inch or larger hoses into the ocean… these hoses are to be surrounded by a cement box that has several holes surrounding the outer edges.  The holes on the outside edges of this cement box must have corrugated wire to help protect the natural wildlife inside the ocean from being sucked into the pumping hoses.  On the other side of these hoses, will be a pumping station.  This pumping station will need to be placed on a hill, whether natural or manmade, that has a 3 percent grade or greater going away from the ocean and the pumping station, thereby allowing gravity to help push the water to and towards the steam generating house.  Now obviously all of this is going to take energy, something that California has at times, in short supply.  This is why on the opposite side of the ocean and the pumping station hill, the salt water heading to the steam generating house must be at a downward angle, so in order to
create energy by using wind turbines… yet instead of using the wind, we will replace those large wind fans, with water wheels. 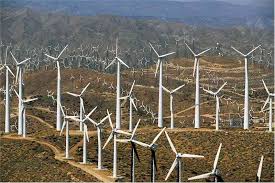 So instead of energy being generated by wind, this energy will be generated by the natural forces of gravity pushing that sea water downhill. 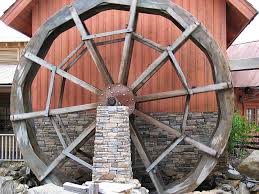 The size of the steam generating house will be determined by the water pumping capabilities… however, for this idea I envision three 10 to 50 gallon water collector step down heating houses.  Inside the heating house, there will be 9 to 12 heavy duty electric heating coils.  (The same kind of coils you find on an old electric stove.)  When the water hits these coils, the water will instantly be turned into steam.  Obviously, we want massive amounts of water landing on these heating coils, so much in fact the coils couldn’t possibly turn all that water into instant steam.  The reason for more water than the coils can turn into steam is so to create a natural cleaning force to help push the salt back out into the ocean.  So at the bottom of this steam house there would be another hose or possibly another aqueduct taking the non-converted to steam ocean water back to the ocean thereby creating a self-cleaning operating steam house. (Plus, if needed or
desired, this could allow for a second place to create energy.)  The steam collector is extremely low tech… unless you want to ionize the water.  Which if you do, a low voltage stainless still mesh needs to be in front of the steam collector. .. while the steam collector itself is simply there to collect the steam and allow nature to do its thing as steam falls back down, i.e. into droplets of fresh water… except this steam collector will be more like a continuous monsoon rain storm, whereby the steam generator turns hundreds, if not thousands of gallons of ocean water into steam every minute, while the steam collector turns that steam back into water.  If needed, a fan or suction apparatus could be used to help bring more steam into the steam collector and be used to help cool the heated water.    On the other side of the steam collector there could be another filter process using charcoal and sand.  Even here, nothing needs to be invented.  All
over the world there are train-cars (railcars) and even old (truck pulled) trailers.  We already have cranes that can move these containers and these containers already exist by the tens of thousands just rotting away.  So, the idea is to line these containers with rubber mats and cut to size marble rock for the inside liner of these trailers.  The Marble will be cut so as to not allow the rock to move or fall.  Inside these marble lined containers will be the charcoal and sand to help filter the water even more, so when it finally reaches the California aqueduct systems or fresh water lakes the water will be ready for consumption.

This is my idea that I believe will work and is extremely practical because nothing needs to be invented.  Now if you disagree, please help fix it.  Or, come up with your own answer to create large amounts of fresh water.  Remember, according to the experts, billions of lives are at stake, so just saying it won’t work solves nothing, and only guarantees our refusal to solve this problem will cause unimaginable suffering that our current technology should be able to prevent.  So let’s put our collective minds together in a worldwide attempt to help save those billions upon billions of lives.