This series of articles is about the inventions and innovations of the ancients. It will fascinate the casual reader as well as technology, science, and history buffs. 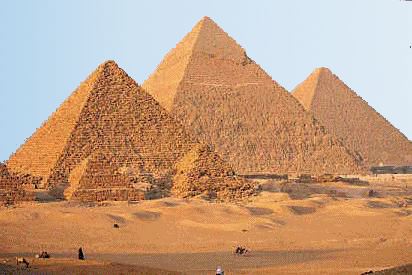 The Pyramids of Giza. The Great Pyramid is the oldest of the Seven Wonders of the Ancient World, and the only one to remain largely intact. Egyptologists believe that the pyramid was built as a tomb for fourth dynasty Egyptian Pharaoh Khufu (Cheops in Greek) over a 10 to 20-year period concluding around 2560 BC. 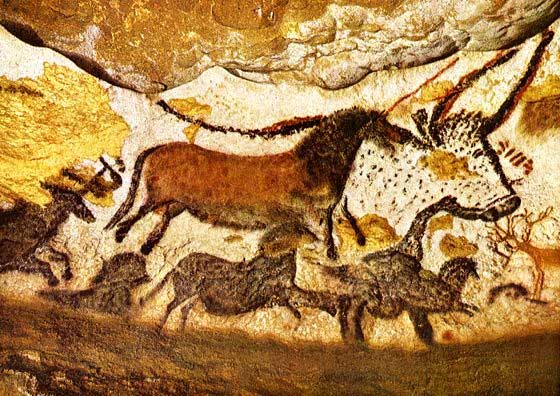 The real story of ancient ingenuity makes the spaceman theories redundant.  These ideas are part of mistaken view of history best described as “temporocentirsm” – the belief that our own time is the most important and represents a “pinnacle” of achievement. The “temporocentric” view is a hangover from nineteenth-century ideas of progress. This crude version of Darwinian evolution has led to many misinterpretations of the archaeological evidence for ancient technological and cultural achievements. Hand in hand with the belief that our time is the most advanced goes cultural arrogance and the assumption that other races are less inventive than one’s own.

In this series of articles we present an eclectic selection of ancient inventions organized into 10 categories:

The first people to grow plants had to learn how to plant, weed, and water or drain crops. In tropical wet climate , there is enough natural rainfall to grow staple crops, however in a dry climate, most crop plants need water which must be provided by the farmer. Irrigation has been the technology underlying many of the world’s greatest civilizations.

The major success stories for civilizations based on agricultural irrigation are Egypt and China. Herodotus wrote that the Egyptians “get their harvests with less labor than anyone else in the world.” 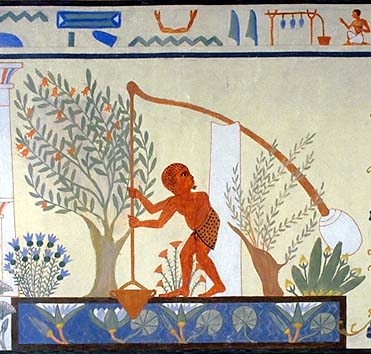 Early irrigation was rather local and primitive, and food was not stored efficiently, so the early civilizations were vulnerable to long-term fluctuations in the Nile floods. There was no significant attempt at water storage: since all the water came from the Nile, any storage would have meant damming the river, which was far beyond the capability of the ancient Egyptians. Therefore their irrigation system was passive, and early Egyptian civilization depended largely on one winter crop per year. After it was harvested in the spring, the land lay fallow until after the next flood. Only in a few places with very wet soil was there any chance of a second crop, and among these areas were Abydos, Memphis, and Thebes, the great centers of ancient Egyptian civilization. They lay along the river, upstream from the Delta.

Irrigation has been an important base for agriculture in Mesopotamia (what is now Iraq and part of Iran) for 6000 years. But Mesopotamia is very different from Egypt. Mesopotamia has low rainfall, and is supplied with surface water by only two major rivers, the Tigris and the Euphrates. Although they are much smaller than of the Nile, they have much more dramatic spring floods, from snow-melt in the highlands of Anatolia, and they carry more silt. Furthermore, the plains of Mesopotamia are very flat, and poorly drained, so that the region has always had persistent problems with poor soil, drought, catastrophic flooding, silting, and soil salinity.

The earliest city-states of Mesopotamia, those of Sumeria, lay in the lowest, most water-rich areas of what is now southern Iraq. Irrigation could be fairly simple in this region, with each city-state probably building one irrigation system. The cities may have originally been administrative centers, marketing centers, and defensive centers related to local irrigation schemes: in other words, they were “irrigation cities”.

From time to time catastrophic floods overwhelmed the region. At Ur there is a well-known band of 1.5 m of clay between two layers of pottery. This is evidence of a major flood, and this event was probably the basis for the flood story in the Sumerian Epic of Gilgamesh and for the much later Biblical story of the Flood.

Mesopotamian engineers built very large weirs and diversion dams, to create reservoirs and to supply canals that carried water considerable distances across the flat countryside. The scale of their irrigation was larger than in Egypt, and Mesopotamian irrigation was interventionist and active. Almost certainly the idea of diversion dams was brought to Mesopotamia from the hills, since the rivers are mostly perennial. Mesopotamian tradition suggests so: Sargon of Assyria, probably learned it from the ancient nation of Urartu.

The scale and ambition of early Iron Age Mesopotamian projects was matched only in China and Egypt.

Hiram Bingham, the American explorer who found the ruins of Machu Picchu in 1911, wrote:

No less striking than the remarkable system of highways were the irrigation ditches which ran for scores of miles in the Central Andes. The height of the mountains, often rising to 18,000 or 20,000 feet, forces the moisture-laden winds coming from the east across the humid basin of the Amazon to deposit their burden in heavy rains on the eastern slopes of the great Andean chain. Little rain ever falls on the western slopes. On fact, one of the greatest deserts in the world is the two-thousand-mile coastal strip extending from central Chile to Ecuador. 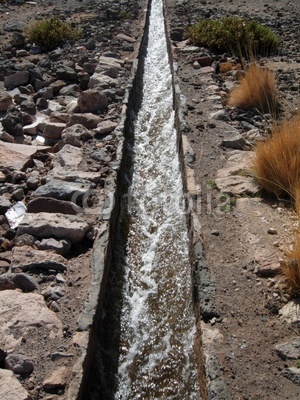 The soil in the bottom of the valleys that cross this region is rich enough to grow luxuriant crops of sugar cane, cotton, and corn, but it needs to be regularly irrigated in order to do so. For this purpose the rivers, fed by melting snow in the high Andes, are deflected into irrigation ditches which follow the contours of the valleys for many miles. Inca engineers must have had good eyes and a fine sense of grading since they had none of the instruments on which our engineers depend to lay out similar projects. Imagine running a perfect contour for twenty miles!

Not only did the Incas provide their fields with necessary water, they also saw to it that their towns and cities had adequate supplies and for that purpose built fine aqueducts. 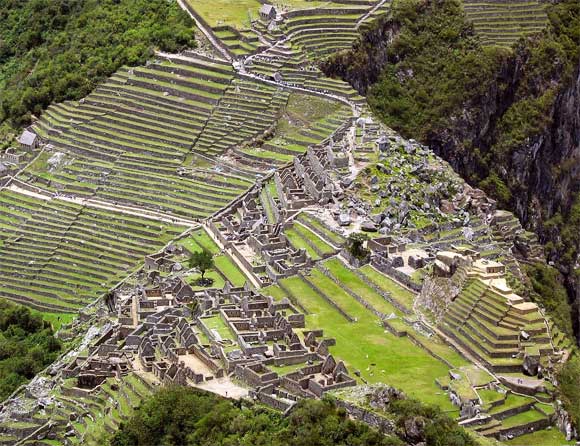 Irrigated terrace farms of the ancient Incan city, Machu Picchu in the mountains of Peru

Satellite photographs provide evidence of a canals system on the Altiplano, 12,000-foot high plains nestled in the Andes Mountains.  These irrigation canals, running in circular and in parallel straight lines for miles are  evidence of the lost civilization. 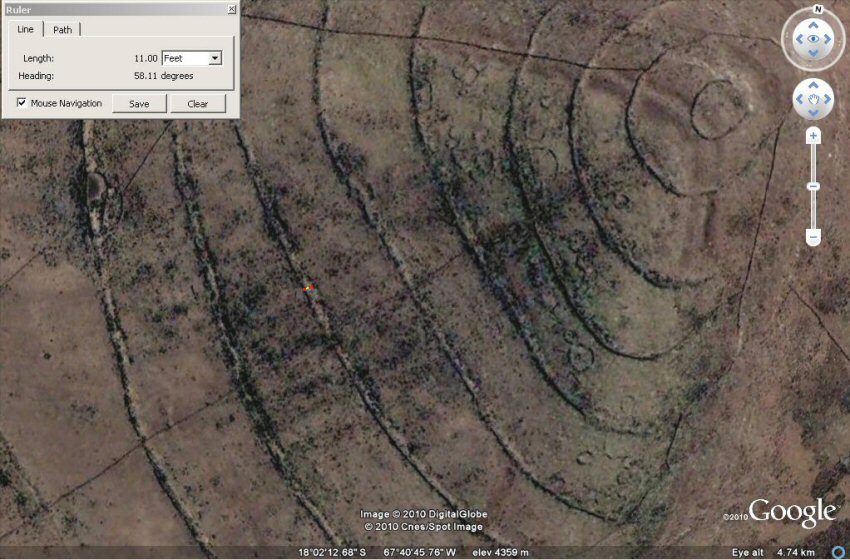 Hill with ringed channels or terraces destroyed by earthquakes on the northwest side of ancient Lake Poopo (Bolivia). The concentric rings were originally irrigation canals but in other similar sites only concentric terraces are seen. It looks like at a later time, people have re-occupied the area and built walls next to the remains of the channels or terraces. 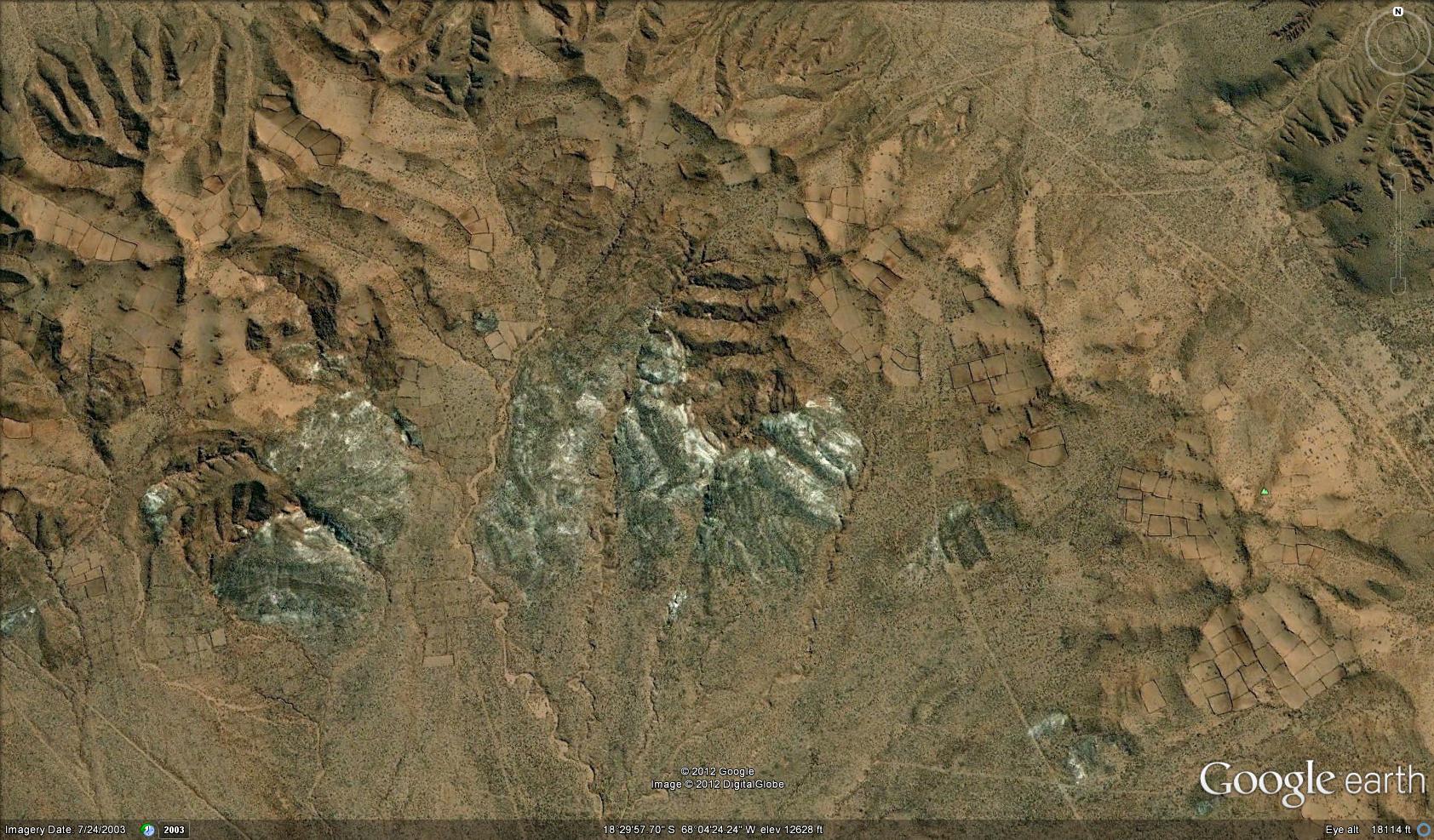 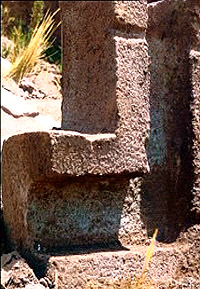 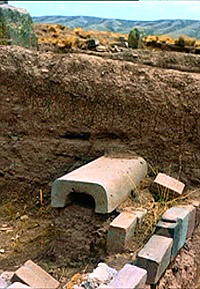 Were these stone cut (or molded?) modules were part of ancient water supply (or irrigation)?

A documentary on farms in the mountains of Peru (produced decades ago) suggested that trenches were dug to hold water with the primary reason to produce pre-winter steam. The sun heats the water in the day so that frost doesnt kill the crops and an additional 4 weeks of produce could be obtained. However, a dought then starved million of people relying on this method and they all abandoned the great city…

Note: Part 1 is divided into 8 pages.

To continue reading,
please click on the next page (#2) (Ancient Beekeeping):