A clock is an instrument used to indicate, keep, and co-ordinate time.

The clock is one of the oldest human inventions, meeting the need to consistently measure intervals of time shorter than the natural units: the day; the lunar month; and the year. Devices operating on several different physical processes have been used over the millennia, culminating in the clocks of today.

The earliest methods of time keeping were based on observing the sky.

In olden days time was told mostly by sundials.

The Sumerians of Mesopotamia, who is thought to have invented writing in the 4th century BC, based their numerical system on powers of 60 (instead of 100) subdivided into multiples of 10. It was from this system that Sumero-Babylonians developed the time system that we use today: each hour divided into 60 minutes, which are divided into 60 seconds. By the way, there are 31 556 926 seconds in a year.

The first mechanical timekeeping device was a water clock called a clepsydra, which was used from about 1500 b.c. through the Middle Ages (500-1350). Time was measured by the regulated flow of water.

A water clock is an ancient time-measuring apparatus by the amount of dripping water. 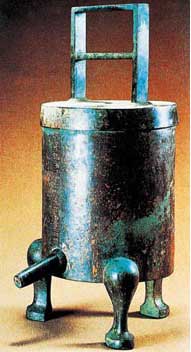 Because of problems with water (it evaporated, froze, and eroded the surfaces of its container), a more accurate device was needed.

It is believed that the first completely mechanical clock was developed by a monk around 1275: The clock was driven by the slow pull of a falling weight that had to be reset to its starting position after several hours. The clocks in monasteries were among the first to be fitted as alarm clocks: striking mechanisms were added to the timekeeping devices so the monks would know when to ring the monastery bell. 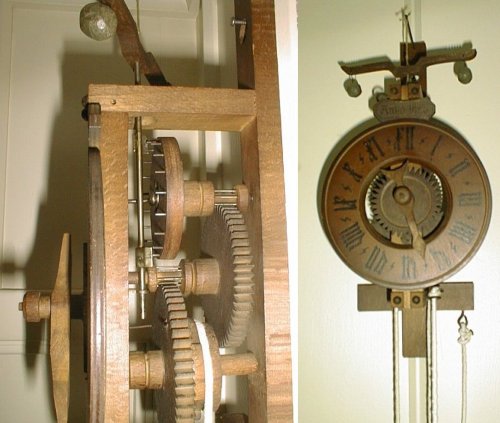