A very limited number of languages are attested from before the Bronze Age collapse and the rise of alphabetic writing: The Sumerian, Hurrian, Hattic and Elamite language isolates, Afro-Asiatic in the form of the Egyptian and a number of ancient Semitic languages, Indo-European (Anatolian languages, Mycenaean Greek and traces of Indo-Aryan), and Sino-Tibetan (Old Chinese). There are a number of undeciphered Bronze Age records, like the Linear A (encoding a possible “Minoan language”, Proto-Elamite and a “Harappan language” (Indus script).

The origins of the alphabet are unknown, but there are several theories as to how it developed.
Two scripts are well attested from before the end of the fourth millennium BCE: Mesopotamian cuneiform and Egyptian hieroglyphs. Both were well known in the part of the Middle East that produced the first widely used alphabet, the Phoenician. There are signs that cuneiform was developing alphabetic properties in some of the languages it was adapted for, as was seen again later in the Old Persian cuneiform script, but it now appears these developments were a sideline and not ancestral to the alphabet. The Byblos syllabary has suggestive graphic similarities to both hieratic Egyptian and to the Phoenician alphabet, but as the Byblos syllabary is undeciphered, little can be said about its role, if any, in the history of the alphabet.

The cuneiform writing system was in use for more than 35 centuries, through several stages of development, from the 34th century BC down to the 1st century AD.[2] It was completely replaced by alphabetic writing (in the general sense) in the course of the Roman era and there are no Cuneiform systems in current use. 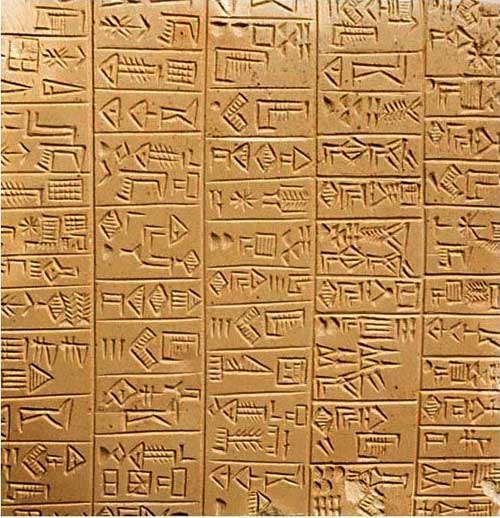 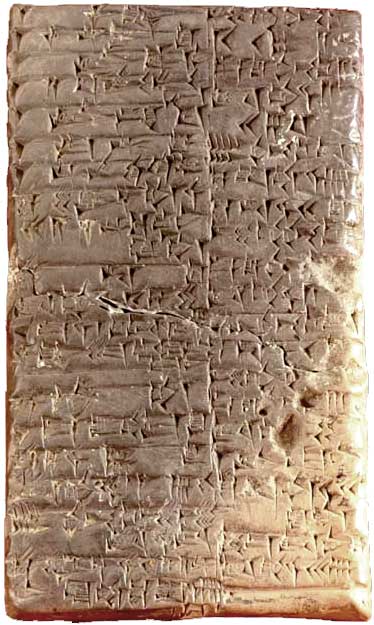 Cuneiform tablet from the Kirkor Minassian collection in the US Library of Congress, ca. 24th century BC.

By 2700 BCE the ancient Egyptians had developed a set of some 22 hieroglyphs to represent the individual consonants of their language, plus a 23rd that seems to have represented word-initial or word-final vowels. Hieroglyphs are employed in 3 ways in Ancient Egyptian texts: as logograms (ideograms) that represent the idea depicted by the pictures; and more commonly as phonograms denoting their phonetic value combined together to represent a word and as grammatical determinatives. Over the next five centuries it spread north, and all subsequent alphabets around the world have either descended from it, or been inspired by one of its descendants, with the possible exception of the Meroitic alphabet, a 3rd century BCE adaptation of hieroglyphs in Nubia to the south of Egypt – though even here many scholars suspect the influence of that first alphabet.  [ History of Alphabet >>]

Chinese characters are logograms used in the writing of Chinese (where they may be called hanzi; and Japanese (kanji). Such characters are also used, albeit less frequently, in Korean (hanja), and were formerly used in Vietnamese (hán t?), as well as in a number of other languages. Chinese characters constitute the oldest continuously used system of writing in the world.

In recent decades, inscriptions have been found on Neolithic pottery and on bones at a variety of locations in China, including Banpo and Hualouzi near Xi’an. These simple, often geometric marks are similar to some of the earliest known Chinese characters, potentially indicating that the history of Chinese writing extends back over six millennia.  Isolated graphs and pictures continue to be found periodically, frequently accompanied by media reports that push back the purported beginnings of Chinese writing by thousands of years. For example, at Damaidi in Ningxia, 3,172 pictorial cliff carvings dating to 6000–5000 BC were discovered, leading to headlines such as “Chinese writing ‘8,000 years old.'” Similarly, archaeologists reported finding a few inscribed symbols on tortoise shells at the neolithic site of Jiahu in Henan dated to around 6600–6200 BC, leading to headlines of “‘Earliest writing’ which was found in China“.

Old Chinese (simplified Chinese: traditional Chinese), also called Archaic Chinese in older works, refers to the form of Chinese spoken from the beginning of written records (around 1200 BC) until the 3rd century BC. The earliest inscriptions are undoubtedly Chinese, but are limited in scope and not fully understood. 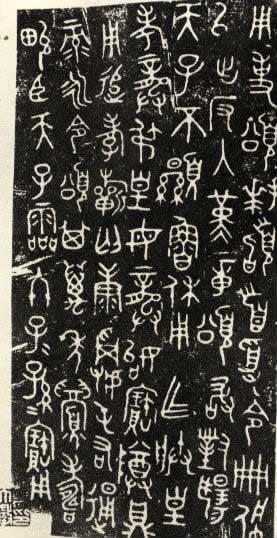 To continue reading,
please click on the next page (Codes and Ciphers):