According to a just published extraterrestrial-themed edition of the Philosophical Transactions of the Royal Society world governments should prepare a co-ordinated action plan in case Earth is contacted by aliens. Contributing scientists argue that a branch of the UN must be given responsibility for “supra-Earth affairs” and formulate a plan for how to deal with extraterrestrials, should they appear. According to Simon Conway Morris, a professor of evolutionary palaeobiology at Cambridge University, anyone planning for alien contact should prepare for the worst. Evolution on alien worlds, he said, is likely to be Darwinian in nature: “Why should we ‘prepare for the worst’? First, if intelligent aliens exist, they will look just like us, and given our far from glorious history, this should give us pause for thought,” wrote Morris in the journal’s special issue.  Some months back Michio Kaku and Stephen Hawking were saying the same thing, i.e. Watch out, alien life is both highly likely to exist and highly likely to be predatory.
This double whammy from leading scientists is thus given more weight by the eminent scientists now calling for a world plan to deal with this potential threat. But hang on a minute, who said ‘potential threat?’

Hawking postulates that aliens might simply raid Earth for its resources and then move on: “We only have to look at ourselves to see how intelligent life might develop into something we wouldn’t want to meet. I imagine they might exist in massive ships, having used up all the resources from their home planet. Such advanced aliens would perhaps become nomads, looking to conquer and colonise whatever planets they can reach.” He concludes that trying to make contact with alien races is “a little too risky. If aliens ever visit us, I think the outcome would be much as when Christopher Columbus first landed in America, which didn’t turn out very well for the Native Americans.” [ Read More: Alien Predators – Would you put your eggs in their basket? ]

Other articles by Nigel Kerner:

What is Predictive Programming?

Predictive Programming – The power of suggestion using the media of fiction to create a desired outcome.”  ~Alan Watt

When we are born we are mentally blank. We are like an empty hard drive. Instantly we start filling up that “hard drive” (our brain) with anything we see experience through our 5 senses.
Examples of “predictive programming” would be found in movies where a meteor hits the earth and kills most of the population, or the world getting flooded because of global warming or an outbreak of a killer virus where scientists, who were trying to do good, accidently release a killer virus or the bible saying that there would be plagues or the bible saying that there would be wars and that this would lead EVENTUALLY to peace on earth. You know the sort of stuff.
When we watch these films a seed gets planted in our brains. The seed begins to take root later on when something is said to us or when something comes on the news (for example) such as a story which is slightly similar to what you saw in that sci-fi movie. You start to think that “the sci-fi movie was right, and that you know what’s coming next cos it was in the sci-fi movie”. You actually begin to think that these are YOUR OWN THOUGHTS but they are not. It all started with that seed being planted from an EXTERNAL source.
But if there is such a thing as “predictive programming” then WHY do “the powers that be” DO this ? Surely it just gives us a warning of what they have in mind for us ? But no, these sci-fi movies do NOT help us at all UNLESS we KNOW about “predictive programming”.
If we don’t know anything about the subject of “predictive programming” then this is what happens :

Perhaps it is not just a coincidence that in 2011-2012 these distopian movies were released:
– The Contagion
– Prometheus (INSIGHTS INTO RIDLEY SCOTT’S FILM: PROMETHEUS)
– Battleship

What’s the harm in trying to contact aliens in space? Well, for one, if they’re hostile, a cosmic call lets them know where we are. So it goes in the blockbuster film “Battleship,” which opened in U.S. theaters Friday (May 18, 2012). In the movie, researchers send signals into space that are received by members of an advanced alien civilization, who then mount an attack on our planet.

If this happened for real (or as a “false flag” event), chances are everyone would vote for One World Government (which is agenda of  the New World Order proponents) … 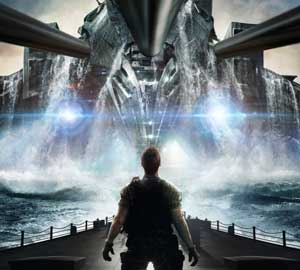 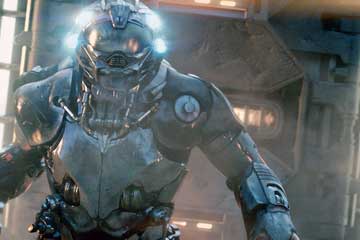 Scenes from the Battleship Movie (2012)