“You Are Getting Very Sleepy”

A Look into the Hypnosis Phenomenon

Hypnosis is “a state of mind connected to deep relaxation, narrowed focus, and increased suggestibility.”

A hypnotic state can be likened to a state in which you act intuitively, instead of intellectually. Hypnotic suggestions may be delivered by a hypnotist in the presence of the subject, or may be self-administered (‘self-suggestion’ or ‘auto-suggestion’).The earliest definition of hypnosis was given by James Braid, a Scottish surgeon, who coined the term “hypnotism” as an abbreviation for “neuro-hypnotism”, or nervous sleep–Which he opposed to normal sleep. He defined hypnosis or nervous sleep as, “a peculiar condition of the nervous system, induced by a fixed and abstracted attention of the mental and visual eye, on one object, not of an exciting nature,” (Braid, Hypnotic Therapeutics, 1853).

Hypnotherapy is a form of hypnosis used for therapeutic purposes. It applies the technique of hypnosis to encourage the unconscious mind to find solutions to issues, through uncovering repressed memories and emotions.

A trance is the name given to any state of mind where that person has a narrow focus of attention. Typically, in the trance states that hypnotists induce, the subject has their eyes closed, is very relaxed, has a quiet mind and is aware of what is going on.

During a hypnotic trance the person accepts the suggestions of the hypnotist. It is also described as, “state of mind in which consciousness is fragile and voluntary action is poor or missing; a state resembling deep sleep,” (www.thefreedictionary.com/hypnotic+trance.htm)

It is important to note that hypnosis is a state of consciousness: Hypnotherapy is a type of therapy that is not to be taken lightly or as a joke. Hypnosis by itself is not therapy, (Bryant, 2006: 12).

A Brief History of Hypnosis

“Many early practices of hypnosis were linked with a belief in religion, magic, and occult,” (Bryant 2006: 14). Hypnosis has been used throughout the history of mankind—From early primitive people to the Ancient Egyptians and Greeks to the Australian Aborigines, and even North American Indiana medicine men practiced one form of hypnosis or another, (Hathaway. 2003: 2).

Hypnosis was particularly widespread in classical Greece, where worshippers went to temples to invoke Hypnos, the god of sleep, (Bryant, 2006:14). Hypnos was thought to bring healing and prophetic dreams, which is the most probable explanation of the name ‘hypnosis’ and why the practice is always likened to sleeping and states of (un) consciousness.

Hypnotism as a tool for health seems to have originated with the Hindus of ancient India who often took their sick to sleep temples to be cured by hypnotic suggestion as also found to be the case in ancient Egypt and Greece. Hypnotic-like inductions were used to place the individual (Source: http://power-hypnosis.com/2008/04/)

in a sleep-like state, although it is now accepted that hypnosis is different from sleep.

Avicenna (Ibn Sina), an 11th century Persian psychologist and physician, was the earliest to make a distinction between sleep and hypnosis. In The Book of Healing, which was published in 1027, Avicenna referred to hypnosis in Arabic as al-Wahm al-Amil- stating that one could create conditions in another person so that he/she accepts the reality of hypnosis, (http://en.wikipedia.org/w/index.php?title=History_of_hypnosis&oldid=410717176). 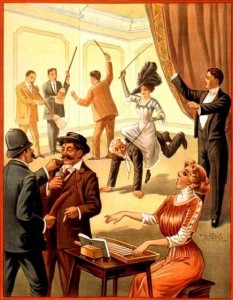 Hypnosis, which at the end of the 19th century had become a popular phenomenon, was crucial in the invention of psychoanalysis by Sigmund Freud. Freud developed abreaction therapy using hypnosis with Josef Breuer. When Sigmund Freud discounted its use in psychiatry, in the first half of the last century, stage hypnotists kept it alive more than physicians.

In the early 20th century, hypnosis was used in soldiers and other personnel who returned from war. The use of hypnosis in the treatment of neuroses flourished in World War I, World War II and the Korean War–Hypnosis techniques were merged with psychiatry and was especially useful in the treatment of what is known today as Post Traumatic Stress Disorder (PTSD), (http://en.wikipedia.org/w/index.php?title=History_of_hypnosis&oldid=410717176).

In American Institute of Hypnotherapy was originally approved by the State of California in California to grant degrees in early 1980’s—The AIH offered unaccredited Bachelors and Doctorate Degrees in Clinical Hypnotherapy (DCH) which served a waypoint as there were no accredited. Today, in the 21st century, hypnosis and hypnotherapists are a recognized profession by the United States Department of Labor, as well as in Australia and the United Kingdom, (http://en.wikipedia.org/w/index.php?title=History_of_hypnosis&oldid=410717176).

There are three mainstream and most-recognized types/examples of hypnosis; stage hypnosis, clinical hypnosis, and self-hypnosis. 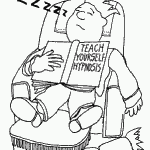 Self-Hypnosis- A self-induced hypnotic state that usually requires only that you have a private quiet area and a place to sit or lay down. This example of hypnosis normally makes use of self-suggestion (‘autosuggestion’). Self-hypnosis methods can be used to reduce feelings of anxiety, and promoting feelings of confidence, self-efficacy and self-control. 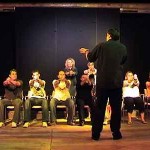 Stage Hypnosis- An example of hypnosis performed in front of an audience for the purposes of entertainment, usually in a theatre or club. The popular image of a hypnotist saying, “You are getting sleepier and sleepier,” comes from this type of hypnosis. Experts debate over whether the participants’ responses are best explained as being due to an altered state of consciousness aka hypnosis or by deliberate deception and play-acting, (Hathaway. 2003: 11). 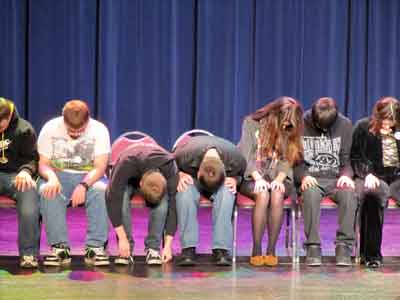 Human understanding of hypnosis has advanced a great deal in the past century, but the phenomenon is still a mystery of sorts.

“Scientists cannot agree on precisely how hypnosis works within the brain and its altered state, there are certain things that have been observed as patients fall into hypnosis. It is commonly believed that the state of consciousness is altered in hypnosis so that the left side of the brain — that side responsible for analysis, judgment, and synthesis– is shut down, and the right side of the brain — the non-analytical side — is made to be more attentive. The subconscious mind is awake and accessible, while the conscious control of the mind is subdued. As the subconscious part of the mind is rooted much deeper, it is more instinctual than the conscious part, yet presents enormous opportunity for the patient to alter his or her physical and behavioral state,” (http://www.altmd.com/Articles/How-Does-Hypnosis-Work). 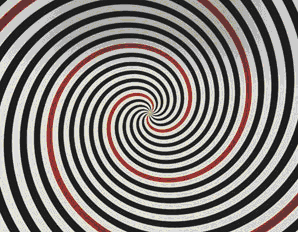 The next passage is directly from the Hypnotherapy for Dummies ‘Cheat Sheet’ that comes as an insert in the book. For more information refer to the official Dummies Series website: http://www.dummies.com/how-to/content/hypnotherapy-for-dummies-cheat-sheet.html.

Explaining What Happens in a Hypnotherapy Session:

Briefly, here are the steps involved in a typical hypnotherapy session. However, bear in mind that a ‘typical’ session varies widely depending on both the hypnotherapist and the patient.