Mills proposed that Stonehenge would have been the perfect “wheel of truth” if only the North Pole were not where it is now. He sent his ideas to viewzone’s editor, Gary Vey, who decided to use google earth to see where the “perfect” North Pole would have to be. 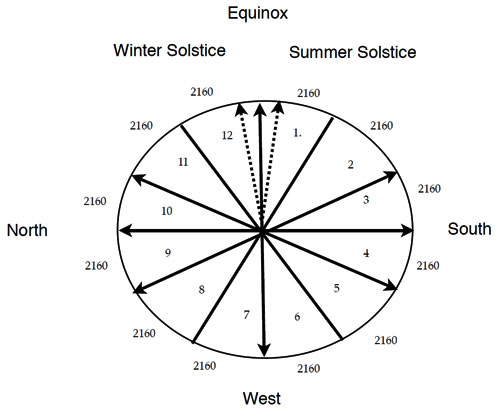 I decided to call this my Hopi Truth Wheel and first positioned it over Stonehenge, near Amesbury, England [ Figure 2 ]. 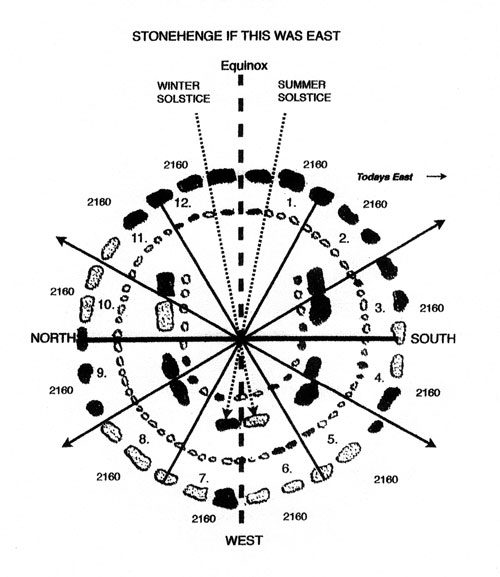 Fig. 2
The Hopi Truth Wheel superimposed over the site of Stonehenge.

With the earth and Stonehenge positioned facing east, the sun on the morning of the equinox would enter the complex between the exact center of two large stones, split one of the smaller center stones into two equal pieces and then pass through two of the large stones in the center and depart the complex between two more large stones in the back of the circle at true west.
The sun on the morning of the summer and winter solstice would split the next two stones on each side of this center stone and land on two of the large stones in the second ring of stones where both of these events could be marked and measured for reference at the time of the equinox.
Four more points of reference would be created by the remaining eight large stones similar to a gun site, by four stars in the nighttime sky. This would give a person standing in the center of the circle on the day of the equinox two points of reference to the north, two points of reference to the south and then the sun would rise in the direction of true east, split the stela stone in the center circle and depart the complex at true west.
The Creator of the complex used a stela stone to mark the suns rays at the time of the equinox, he needed at least six points of reference using both the sun and the stars to find the earths perfect orientation in space. One reason might be that east has not always been east. So the complex could have been a tool, similar to a gyroscope, to find our perfect balance in space, at some point in out past.
If we apply our Hopi Truth Wheel to another object that was moveable and resembles a gyroscope, the Aztec Sun Stone, we see Figure 3. 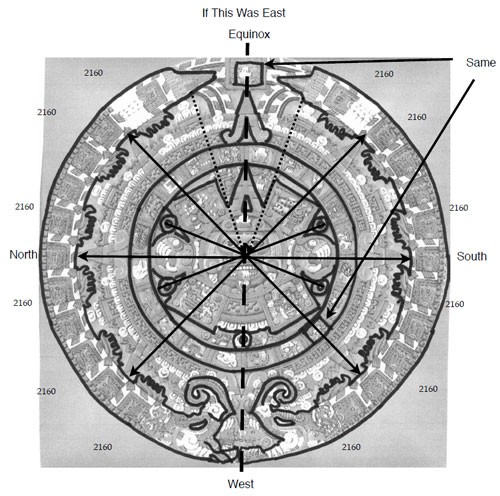 Fig.3
Aspects of the Hopi Truth Wheel superimposed over the Aztec Sun Stone.

The Hopi believe that the sound of the Earth vibrating will call the Creator before the end of the next cycle occurs, similar to a rattlesnake rattling. This event took place between the first and second worlds or after the twins (twin polar ice caps) left their posts (melted) at that time and the earth vibrated. If you look at the Sun Stone you see two rattlesnakes on each side of the circle, with two rattles to call the Creator. They have six fins on their backs and are eating two heads at the bottom of the circle. I think this represents the first and second worlds ending and the start of the third world beginning with the center figure balancing the planet. Each fin would represent 2160-years and two of the boxes, the one at the top of the circle and one near the 5th fin, would indicate that we are going from the 4th cycle to the 5th by the Mayan count. Lets try the wheel at the Avenue of the Dead if it was facing east so the sun would split the stela stone [ Figure 4.  Not to scale ]. 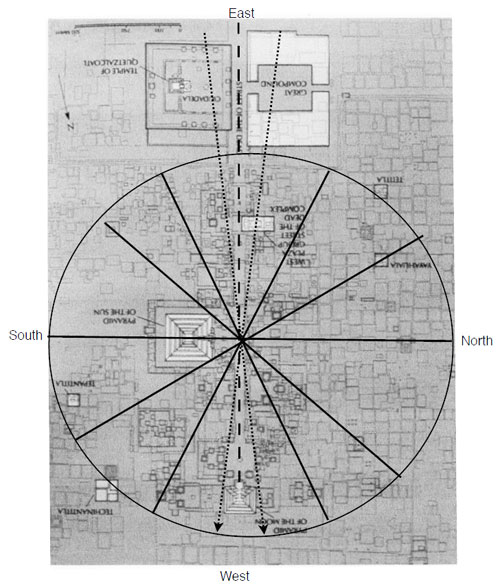 Fig.4
Aspects of the Hopi Truth Wheel superimposed over the site of Teotihuacan.

You see that there are many points of reference for someone standing in front of the pyramid of the sun on the day of the equinox.  I also noticed the figure of Orion at the complex. He is very important to the Hopi as he starts and ends many of their most important ceremonies [ Figure 5 ]. 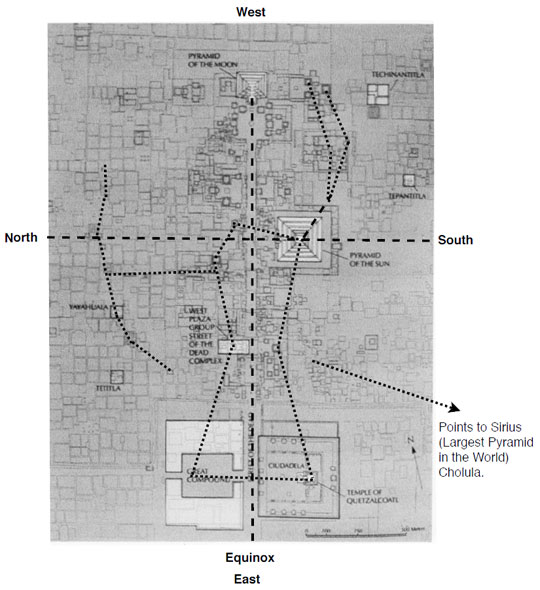 The Hopi Truth Wheel works at Monte Alban  [ Figure 6. Not to scale ]. 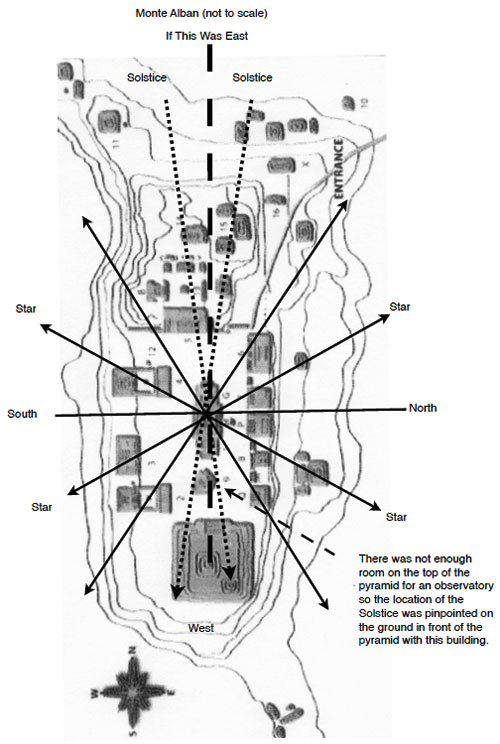 Fig.6
Aspects of the Hopi Truth Wheel superimposed over the site of Monte Albán.

There was not enough room on the top of the pyramid for an observatory so the location of the Solstice was pinpointed on the ground in front of the pyramid with this building.

Besides working at Monte Alban, the Avenue of the Dead and the Aztec Sun Stone, I believe the Hopi Truth Wheel works at Chichen Itza, El Tajin, and Tikal. It will also work at the stone circles in England, France, Ireland, Italy, Scotland, and Wales, the pyramid complex in Egypt and the ancient ruins in China, Japan and the Americas. So why was the creator of these sites so worried about our location in space?
Todays scientist have predicted that the melting of our Antarctic ice sheet will cause the earth!s rotational axis to shift about one-third of a mile, (Peter Clark in his report to the journal Science). My Hopi friends believe it will shift a lot farther. East hasn!t always been east and it might relocate again in our near future. How will we find the perfect balance, speed, and orientation for our planet in space after the polar ice caps melt?

Thanks to: Thomas Darvill, Geoffrey Wainwright, Crystalinks, Thurmond, Kucher, Esposit,and Advantage Mexico for the use of their illustrations and David O. Riley (Hopi-Laguna) for his art work.
Thomas O. Mills
Former Manager Hopi Cultural Center
Author:  Stonehenge If This Was East – The Book of Truth A New Perspective on the Hopi Creation Story 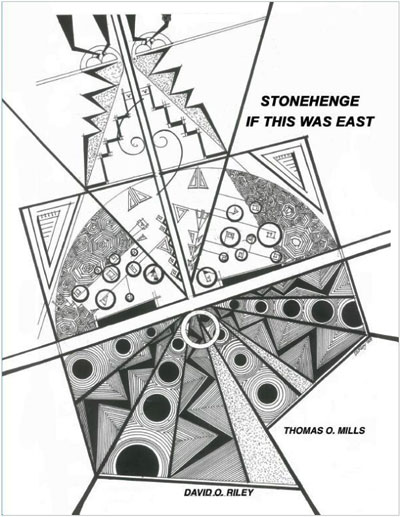 Using the Hopi Truth Wheel, Mills decodes many of the ancient unanswered mysteries concerning Stonehenge, the Avenue of the Dead, the Aztec Sun Stone, Chichen Itza, Monte Alban, the Mayan Ball Courts,the Pyramid Complex and the Valley of the Kings, tying the results together to explain our past, present, and future.   See also: The Book of Truth A New Perspective on the Hopi Creation Story 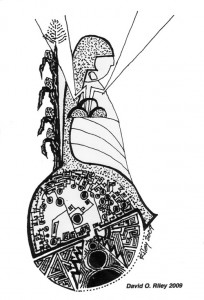 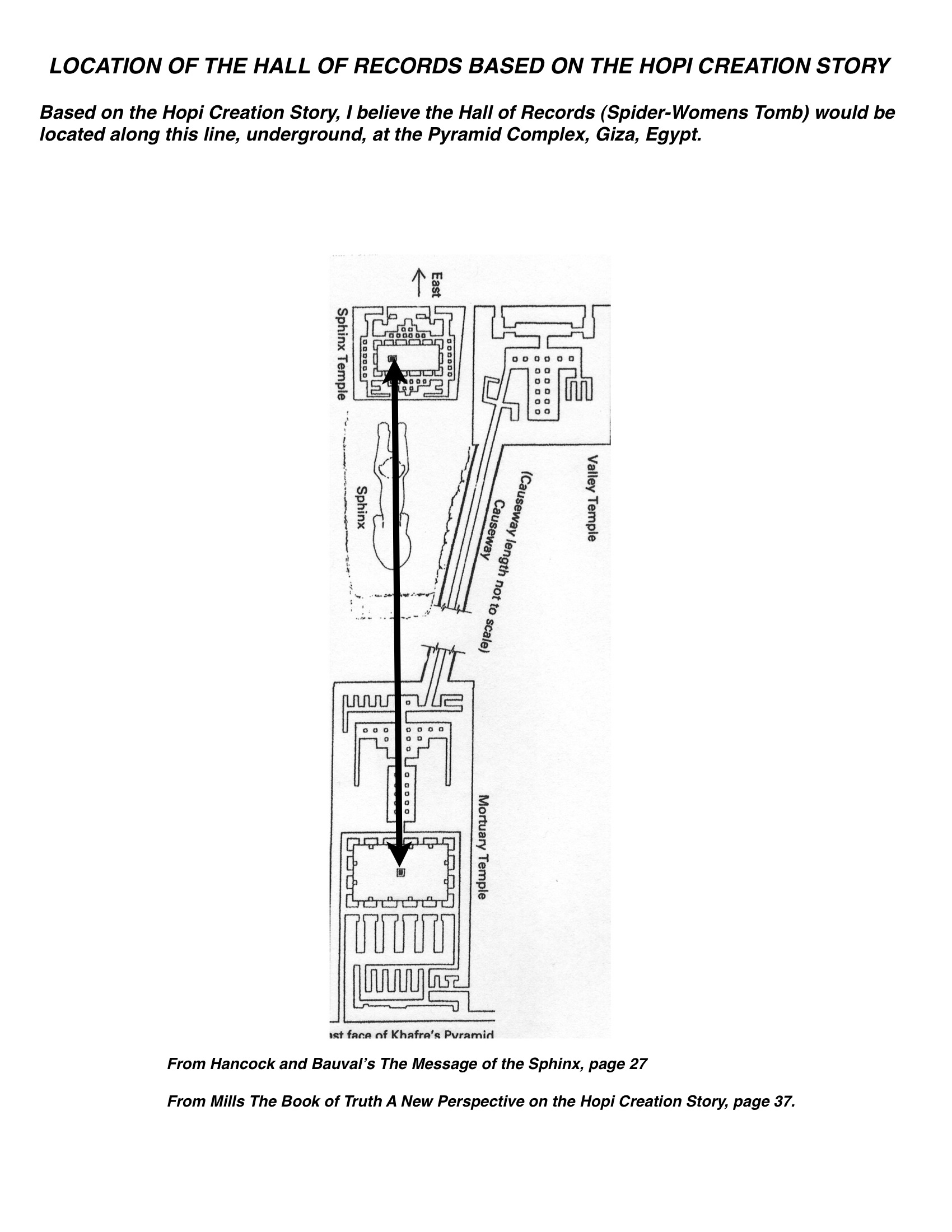 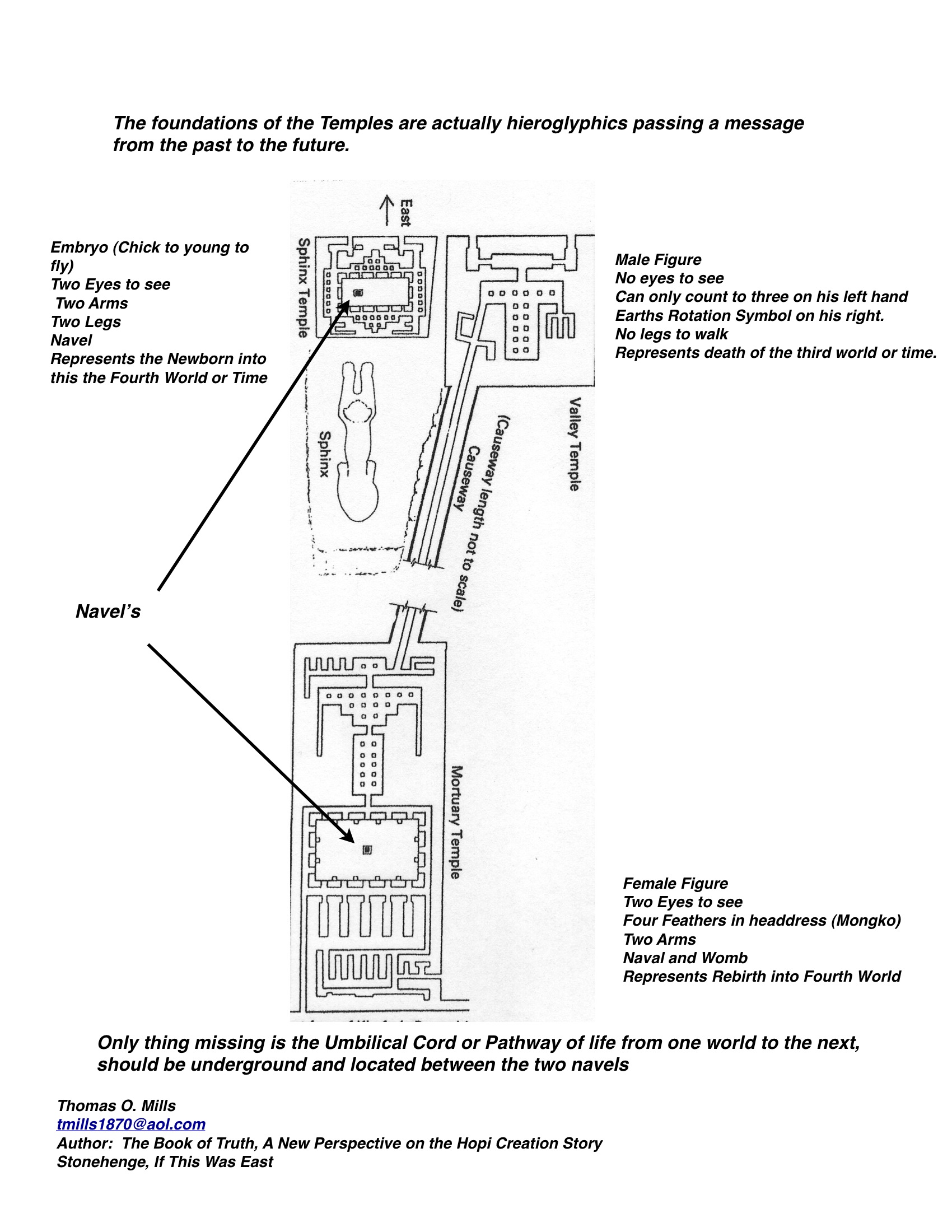