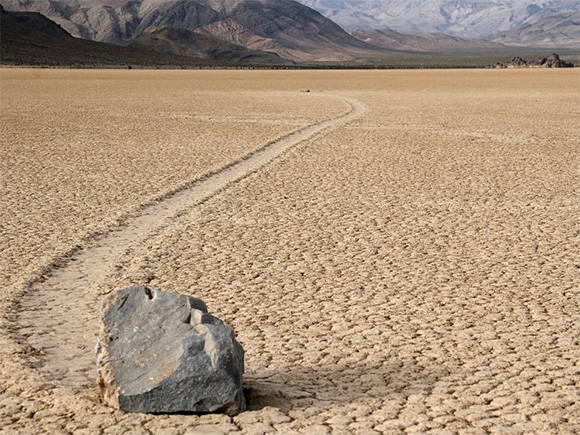 Humans are naturally inquisitive beings. We question the world around us, push the limits of research and technology and search for answers to any unknowns.
Our never ending quest for knowledge, answers and the truth has led us to great discoveries of new lands, planets, vaccines, medical procedures and our own pasts. Without our desire to find answers we wouldn’t have humans in space and many of the diseases which ravaged humans in the past would remain widespread. Not only that, humanity’s desire to find answers to the challenges it has faced helped lead to the exploration of our own planet and even moved us from the caves and forests to the cities and suburbia we see today.

Of course, if there’s one thing we also hate it’s the things which remain unanswered or labelled impossible. Being told that you can’t do something or a certain task is impossible only pushes efforts to prove the opposite. We hate having question marks floating around. This perhaps explains why we have such a fascination in the world of unsolved mysteries. Assassinations, disappearances and strange occurrences fascinate us to no end. We make movies and television shows about these mysteries and dedicate considerable resources to solving them – from law enforcement personnel to scientific researchers.

Not all mysteries are equal. There are the great unsolved mysteries, like the meaning of life or the existence of alien life, which could potentially go unsolved forever. Some people spend their entire lives trying to tackle these massive mysteries with little return on their investment. On the other hand, the ‘smaller’ mysteries stemming from our past continue to fascinate and attract so many people. Take the JFK assassination for example. While Lee Harvey Oswald was caught and generally agreed upon to be the shooter, other theories and tangible evidence suggest there was more at work. In this instance, conspiracy theorists continue to put forward other potential answers because the ‘conclusive’ proof isn’t as air-tight as it could be.
Ahead you’ll find 10 big mysteries that, up until recently, have challenged us to find answers. Years ago these mysteries were deemed unsolvable or researchers had given up barring the discovery of a new piece of evidence. Sure there were a lot theories but without actual evidence such as eyewitnesses or physical proof, they would remain unsolved. In all these cases, new evidence and discoveries have helped shed new light on these mysteries and brought about answers which many experts believe solidly put any questions to bed. Of course there are still questions to be answered, but overall, the abundance of hard proof combined with an array of circumstantial evidence helps to lay these once unsolvable mysteries to rest.

There are many more mysteries still unsolved:

PS  Top 10 Most Mysterious People Ever

Top 10 Most Mysterious People Ever – These strange, mysterious and unexplained individuals have puzzled investigators for years. No one knows their true identity. See 10 of the strangest people in history.