The karmic connection between England and Tibet started in 1888 when British troops invaded the Land of the Snows, first to flex their muscles in a power struggle involving themselves, China and Russia all wanting to take the country for its value in being a thriving trade route, also to build up an exclusive colonial influence in the region. In 1904 the British stormed in again, led by Francis Younghusband, killing near defenceless hapless Tibetans and monks who were no match for artillery and weaponry, the exact amount killed still a debate to this day in what is recorded as The Massacre of Chumik Shenko. After the bloodbath, Younghusband had a mystical experience up a mountain before leaving Tibet, and which changed his life introducing him as a spiritual figurehead who even went as far as to believe in extra-terrestials (Quite a thing then way back in 1904). 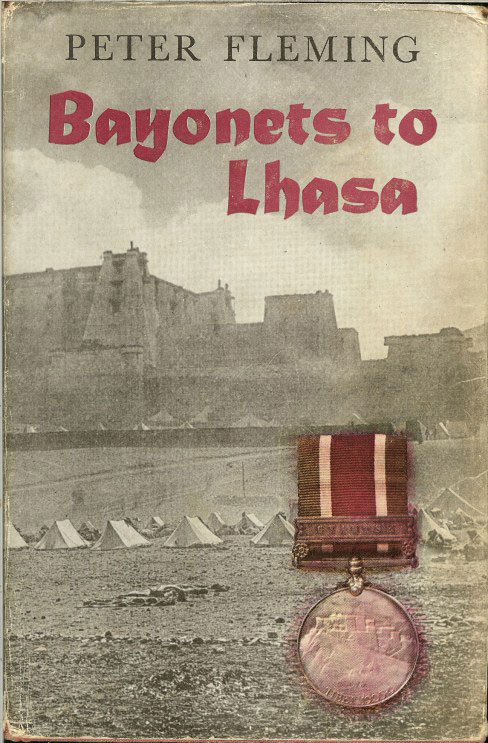 With all the enacted aggression aimed at Tibet, a karmic debt was owed the country by the British. My own entanglement with Tibet started in 1977 when I stayed at the Samye-Ling Centre-cum-monastery at Dumfries, Scotland, home to refugee Tibetan and lamas. Becoming a student of Kalachakra and Vajrayana replaced my original intention of staying there to take robes and so I returned to the outside world having left the mystical behind, unexpectedly to still undergo a flurry of forthcoming psychic distractions and adventures, interesting to say the least and best described today as Quantum Entanglement.

My own apparent karma led me to eventually live in Lincoln, England at the third attempt, having moved there twice earlier only to have returned to my birthplace up North. By then I had entangled with the famous Rennes-le-Chateau mystery and had ‘decoded’ it to discover that an apparent treasure lay buried opposite the South East corner of Lincoln Cathedral, a ‘treasure’ searched after for centuries, generally wrapped up in a Grail terminology, more contemporarily involving a myriad theories with both the figures of Jesus and Mary Magdalene from the orthodox and less complicated biblical story.

One year before Hollywood paid a visit to film scenes for ‘The Da Vinci Code’ within Lincoln Cathedral – a fictional search for a Magdalene treasure – in 2005, a group of Tibetan monks came all the way from Drepung monastery in Tibet to design a sand mandala. Staying for a week at the Bishops Palace, only a few hundred yards from my location, and upon completion of their wondrous design, they walked past the very spot to empty their artwork into the River Witham.

Another ‘mandala’ arrived at Lincoln cathedral in 2011, for two days only, when a replica of the Chartres labyrinth was reproduced on the stone floor. The next arrival from Tibet came into my own life that same year after a series of ‘arranged’ circumstances, or karma. Nick Gray, both author and director of his documentary ‘Escape from Tibet’, had moved into my home street the same year as I, but it took us eight years to notice this and to meet. It came about when he arranged a screening of his documentary at a small meeting hall in Lincoln. Lama Lhakpa Yeshe, a wandering lama who often resides at the Wirral, North West England, turned up at the screening as his peregrinations had led him to be in Lincoln at the time, (now a regular stop off point for him) to sit directly in front of me! Lama now accepts that his karma is to be in England and that our meeting was of a karmic nature. 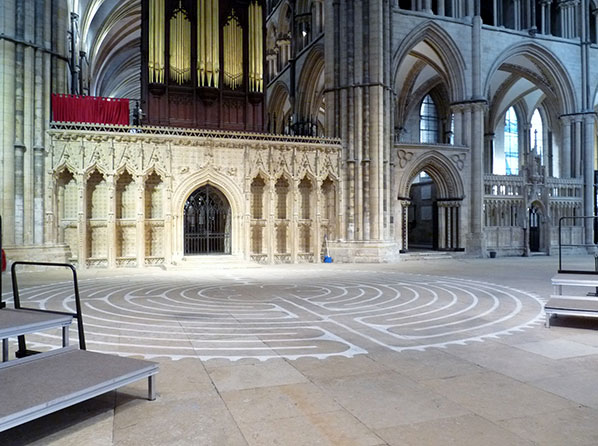 Now we too must travel, back to the 8th century and to an indian mystic Padmasambhava, referred to as the Second Buddha and responsible for establishing Buddhism in Tibet. Traditionally, we are told that he concealed teachings and prophecies in the mind-streams of his 25 disciples with the intent that when the time and the place was right in the future the implanted instructions would reveal themselves to the minds of the reborn original assembly with the purpose of discovering Terma, spiritual treasures – that can be hidden in the earth, water, even the sky, as well as in the minds of the disciples, to be unearthed by Tertons (Tibetan; ‘Treasure revealers’). Terma is traditionally expected only to be found by Tertons in Tibet, but I wonder if Padmasambhava might have had one trick up his robed sleeve – for a terma to be found elsewhere, in the same way that the current Dalai Lama has said that if he decides to reincarnate he will do so, for the first time, outside of Tibet. He certainly knew that one day Tibetans would arrive in England, for his famous prophecy declares; ‘ When the iron bird flies, and horses run on wheels, the Tibetan people will be scattered like ants across the world….’

In my new book ‘Activation Point Earth’  I explain at length the possibility of a slowly coming together thread that entangles Tibetan Buddhism with the neurological puzzle we call autism, the latter being key to the mystery, a tangible connection between various School’s of the Eastern Buddhist’s search for enlightenment and the unfolding and ongoing evolution of the autistic consciousness, as evinced in the common aspiration of turning within, detachment and elaborate ritual.

Significantly, Tagtrug Mukpo, the son of the late Chogyam Trungpa, (Co-founder of Samye-Ling and the most acknowledged of Western teachers) is not only a recognised incarnation, as announced by the 16th Gyalwang Karmapa, but he also has autism. There is growing world-wide recognition of genius associated with some people with Asperger Syndrome, and in 2008 it was discovered that people with this high functioning autism lack the brain signal that links to having a sense of Self, a selflessness tantamount to the Tibetan monk. 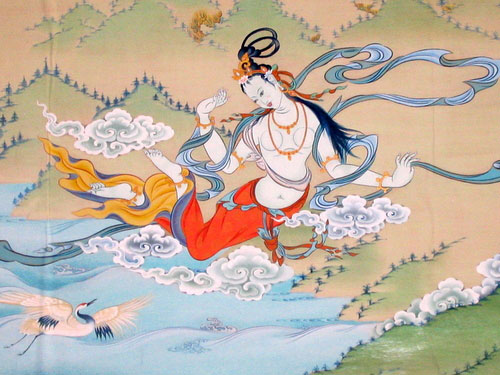 That my own wife has high functioning Aspergers also figures in the unfolding Tibetan terma tableau, for until the connection is made with a spiritual consort – a crucial necessary requirement – the potential Terton lacks the inspiration required for both discovery and decoding of treasures, as it is his companion embodying the wisdom. In Tibetan parlance this figure is referred to as a Dakini – ‘sky goer’ or ‘space dancer’ – a female spirit messenger of wisdom that can also be found in human form. Padmasambhava himself reasoned that women are better equipped to realise the wisdom of Buddhist teaching, many lamas today agreeing that women make superior practitioners. Dakinis are often connected to the phenomena of synchronicity, the very means that led me to discovery of a ‘treasure’ being hidden in England. 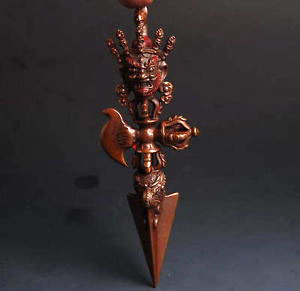 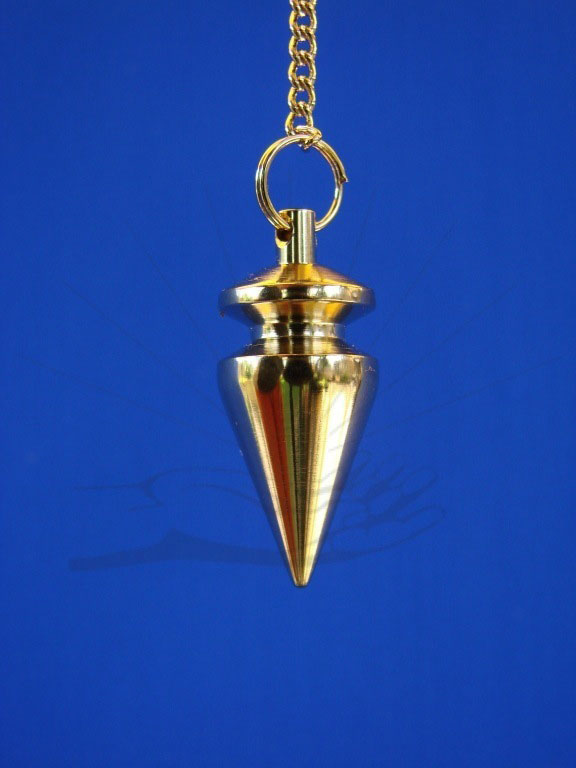 A Tibetan Phurba (top) and a standard pendulum (bottom)

Throughout my discoveries, in particular the Jesus-Magdalene aspect, the appearance of a dagger was never far away ( as a comet’s tail; as the weapon wielded by a disembodied hand in Da Vinci’s ‘Last Supper’; and as the Runic symbol Dagaz) and here it blends with the Tibetan Phurba, a ritual dagger wielded to symbolise the slaying of obstruction to the Tibetan community. In April 2015, rather like the visit from the Chartres labyrinth, the Collective Unconscious arranged another 48 hour visit, this time from the physicist’s Foucault’s Pendulum that hung suspended 80’ from the roof of the Cathedral. Foucault’s Pendulum is also the name of a 1988 novel by Umberto Eco that mentions the Jesus-Magdalene connection. The pendulum arrived on the very day that is reported to be the birthdate of ‘Holy Blood Holy Grail’ author Henry Lincoln. The word pendulum comes from mid 17th century Latin ‘pendulus’ to mean ’hanging down’, from ‘pendere’, ‘to hang’. ‘Hung’ is the regular past tense of hang, and is the seed syllable of Padmasambhava and his consort. This provides a synchronicity with the Padmasambhava ‘Treasure text’ mantra ‘Om Ah HUNG Benza Guru Peme Siddhi HUNG’. A standard pendulum shape loosely resembles that of a pointed dagger. Furthermore, a Foucault’s pendulum is used to emphasise latitudinal exactness, its appearance within the Cathedral being no meaningless coincidence when we are involved in a location of absolute precision. 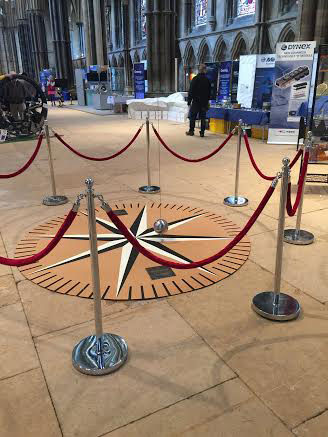 Collectively, there is sufficiently amassed evidence presenting itself to indicate that what I originally dubbed as ‘The Lincoln Cathedral Code’ harbours an actual hidden Tibetan terma treasure. As if tipping us off, if we visit Lincoln Cathedral today and stand at the ‘Welcome’ board at the entrance, what do we find? Tibetan monks!

As a gesture to mark my retirement from future writing, I invite the reader to download a free copy of my ebook ‘Activation Point Earth’ which explains what the nature of that treasure appears to be. Find it at; www.dangreencodex.co.uk 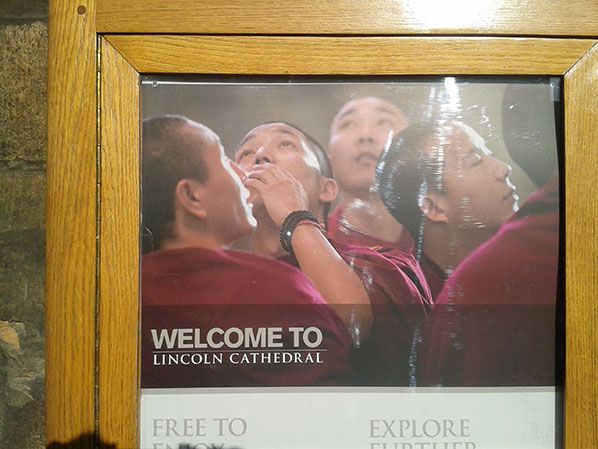