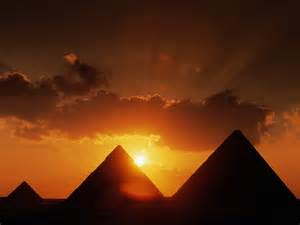 Unknown to the general public Egyptologists hired a prestigious international, forensic engineering firm to conduct an analysis of the Great Pyramid of Giza. I dug up the final report on the internet back in the early 2000s but it has since been removed. One of their conclusions was really quite astonishing:

”The base of the 13-acre pyramid is level to an accuracy achieved today only through laser technology.” (Smith, Menendall, et al. report)

Yet historian’s tells us that the Egyptians used rounded hammer-stones to pound the irregular surface bedrock as flat as a frying pan. Additionally, their surveyors were called ‘rope stretchers’. Then we have to consider that the outer casing blocks were beveled to a precise 51-degree angle, shown in photo, and set so accurately in position that you cannot insert a credit card between them. 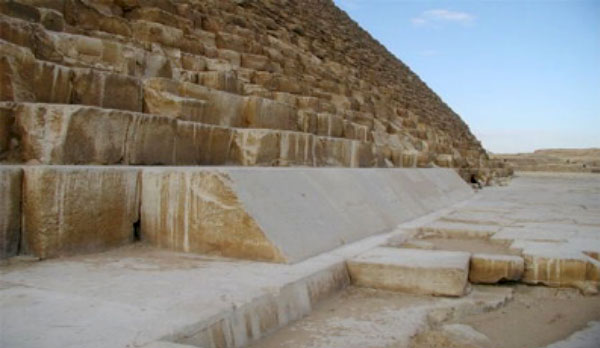 How do we know that the Great Pyramid, and the 103 other, large pyramids in Egypt we not built as tombs. Here is a short list of compelling reasons:

In addition, anyone that believes that people using Stone Age tools and methods could build a precision-engineered, 48-storey tall, stone pyramid has been 1) badly educated and/or 2) heavily brainwashed.

What follows is a portion of the 4th chapter of the new book ‘The Genesis Race II’ –Cosmic Ancestry’:

The next issues we have to face when analyzing the technology required to build the GP are:

The base of the GP is massive covering about 13 acres. As noted at the end of the last chapter, the engineering firm that analyzed the structure concluded that the base was so level that it would require modern laser technology to duplicate it. 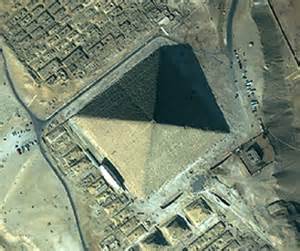 Each side spans the distance of two and a half football fields in length. To say that this was a massive, extraordinarily complex undertaking would be a gross understatement.

Here again we are given to believe that a) workmen labored with granitic balls to hack the irregular surface of the limestone bedrock as flat as the bottom of a frying pan over a 13-acre area and b) that the surveyor’s –who were called rope-stretchers could survey a 13-acre base to same accuracy today achieved with laser levels and c) they knew how to accurately orient this massive edifice to the cardinal points and true north.

It is still the most precisely oriented building in the world.

The ancient Egyptian surveyors were called rope-stretchers because that was the extent of their technology. Their architects and engineers would have possessed no more than rudimentary mathematics and very basic algebra.

As we saw with the modern Japanese team, who failed to reproduce a scale-model (one that lacked the complex interior spaces), they found that they could not meet the many engineering challenges posed, even on a very small scale. When their finished their puny pyramid with the aid of helicopters they could not bring the corners into alignment.

Perhaps if the obelisk team had succeeded, at each stage of the process, we might be persuaded to consider the possibility that some kind of ramp system could have been used to build the Great Pyramid. However, if Egyptologists cannot duplicate the quarrying, lifting, transporting and raising of a 35-ton obelisk then they certainly cannot account for the 50-70 ton blocks of granite that enclose the “King’s Chamber”.

Additionally, it has never been shown that the types of boats found on the Giza Plateau could be used to transport the blocks from Aswan to the site about 500 miles up the Nile River. They certainly could not have been pulled up any ramp by men.

The ramp debates have been going in circles for generations and they are, in fact, meaningless. The quarry and transport problems of the largest blocks used in the pyramid’s construction have to be solved first.

There is no point in trying to show how the millions of smaller blocks may have been lifted into place, using a ramp system, if you cannot first demonstrate that you can solve the greatest challenges….

Do not copy this article without author’s permission 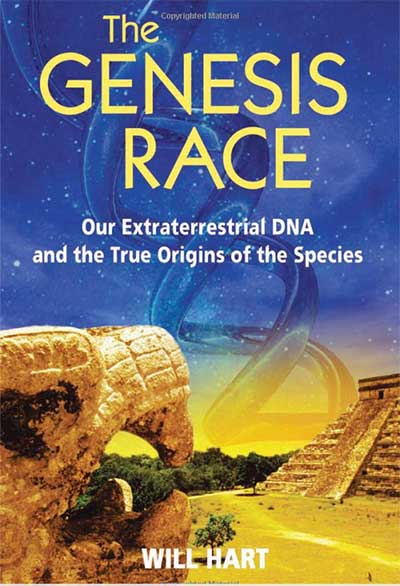 New Books by Will Hart