Sacsahuaman was supposedly completed around 1508. 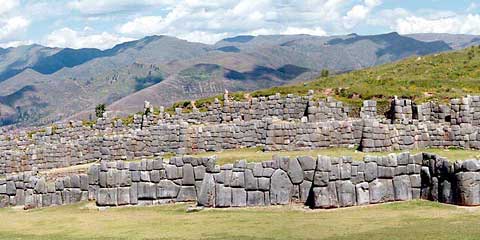 Here is a mystery:

The chronicler Garcilaso de la Vega was born around 1530, and raised in the shadow of these walls. And yet he seems not to have had a clue as to how Sacsahuaman was built. He wrote:

“….this fortress surpasses the constructions known as the seven wonders of the world. For in the case of a long broad wall like that of Babylon, or the colossus of Rhodes, or the pyramids of Egypt, or the other monuments, one can see clearly how they were executed…how, by summoning an immense body of workers and accumulating more and more material day by day and year by year, they overcame all difficulties by employing human effort over a long period. But it is indeed beyond the power of imagination to understand now these Indians, unacquainted with devices, engines, and implements, could have cut, dressed, raised, and lowered great rocks, more like lumps of hills than building stones, and set them so exactly in their places. For this reason, and because the Indians were so familiar with demons, the work is attributed to enchantmet..”

Surely a few of those 20,000 laborers were still around when Garcilaso was young. Was everyone struck with amnesia? Or is Sacsahuaman much older than we’ve been led to believe? 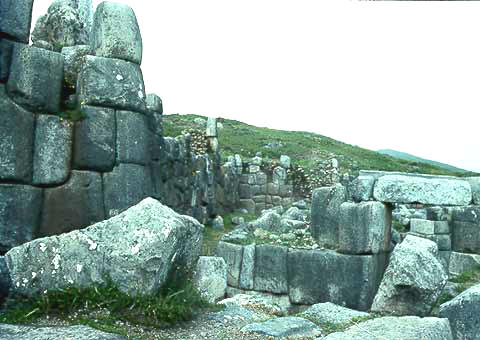 Archaeologists tell us that the walls of Sacsahuaman rose ten feet higher than their remnants. That additional ten feet of stones supplied the building materials for the cathedrals and casas of the conquistadors.

It is generally conceded that these stones were much smaller than those lithic monsters that remain.

Perhaps the upper part of the walls, constructed of small, regularly-shaped stones was the only part of Sacsahuaman that was built by the Incas and “finished in 1508.” This could explain why no one at the time of the conquest seemed to know how those mighty walls were built. 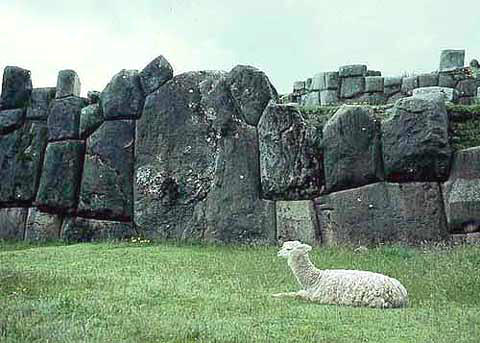 The stones fit so perfectly that no blade of grass or steel can slide between them. There is no mortar. They often join in complex and irregular surfaces that would appear to be a nightmare for the stonemason. There is usually neither adornment nor inscription. There is Elfin whimsy here, as well as raw, primitive and mighty expression. 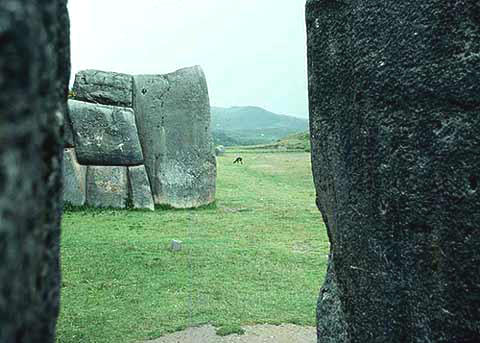 Most of these walls are found around Cuzco and the Urubamba River Valley in the Peruvian Andes. There a few scattered examples elsewhere in the Andes, but almost nowhere else on Earth.

Mostly, the structures are beyond our ken. The how, why and what simply baffle. Modern man can neither explain nor duplicate.

Mysteries like this bring out explanations scholarly, whimsical, inventive and ridiculous.

Through these photographs and snippets of lore and opinion, these pages hope to entertain, tantalize and perhaps even to inspire. 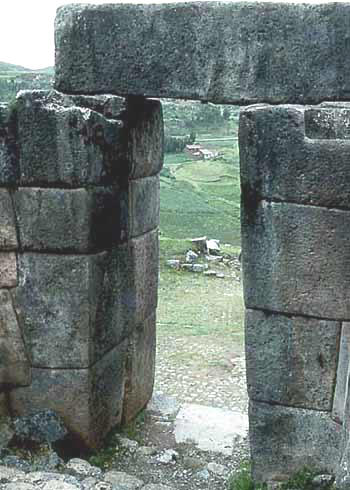 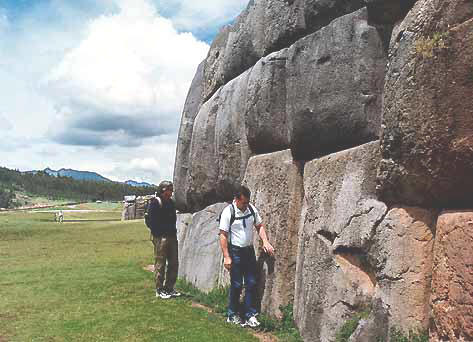 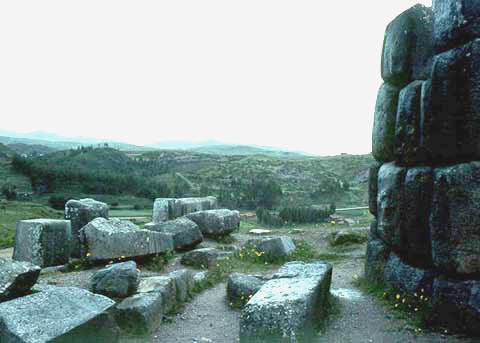 “How were such titanic blocks of stone brought to the top of the mountain from the quarries many miles away? How were they cut and fitted? How were they raised and put in place? Now one knows, no one can even guess. There are archaeologists, scientists, who would have us believe that the dense, hard andesite rock was cut, surfaced and faced by means of stone or bronze tools. Such an explanation is so utterly preposterous that it is not even worthy of serious consideration. No one ever has found anywhere any stone tool or implement that would cut or chip the andesite, and no bronze ever made will make any impression upon it.”    A. Hyatt & Ruth Verrill —-America’s Ancient Civilizations

Jean-Pierre Protzen proved the Verrills wrong. He went to Cuzco and showed how river rocks could be used as hammers to pound stones into the desired shape.

“It appears that the Inca technique of fitting the blocks together was based largely on trial and error. It is a laborious method, particularly if one considers the size of some of the huge stones at Sacsahuaman or Ollantaytambo. What should be kept in mind, however, is that time and labor power were probably of little concern to the Incas, who did not have a European notion of time and had plenty of tribute labor from conquered peoples at their disposal.”  Jean-Pierre Protzen —Scientific American —Feb. 1986

A slice of Cusco life. Mostly true stories by a gringo who has had an ongoing love affair with the town for 28 years. Funny, irreverent, adventurous, literate…the places and people of Cusco. The bars and discos, the peddlers and priests, the guides, the gurus…and the girls. Laced throughout with Inca history as well as views of contemporary and ancient culture. Comes with a CD-ROM “The Ancient Walls”…a gallery of fotos of the Inca ruins some dating back to 1975…with commentary. More info at www.cuscotales.com 230 pages, soft cover.      Read few exerpts from this fascinating book.

Richard Nisbet is author of the book “Cusco Tales.” He has been an actor, theatre director, college instructor, photographer, film maker, carpenter, owner of a post production studio in Santa Monica and has also poked his nose into many other ventures. He has two daughters, both smarter than himself, and two grandchildren, who’ll hopefully be smarter than all of us. Richard now divides his time unevenly between Cusco Peru and Santa Monica, CA