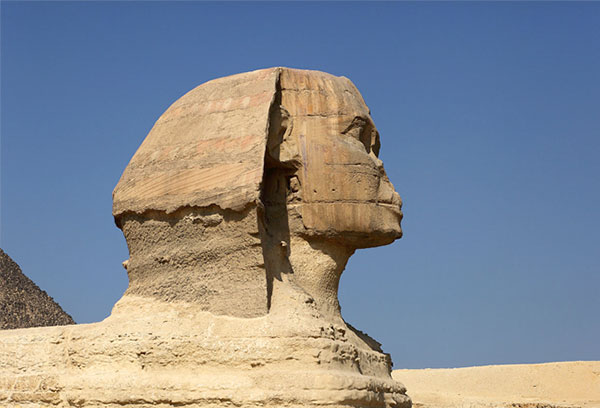 The Great Sphinx of Giza belongs to the Giza necropolis west of Cairo. The site is a plateau containing the three great pyramids of Khufu, Khafra, and Menkaura, together with the Sphinx and a number of smaller pyramids, temples, and tombs. 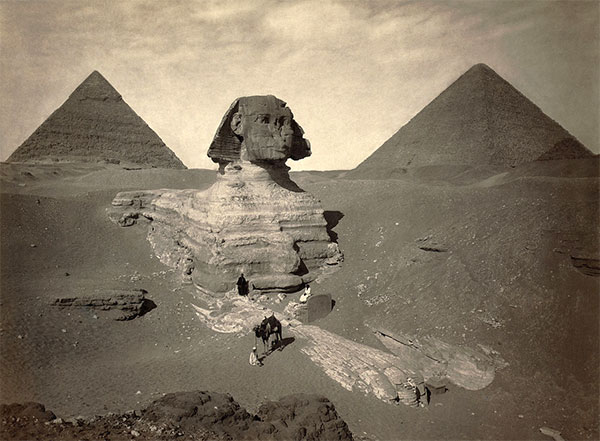 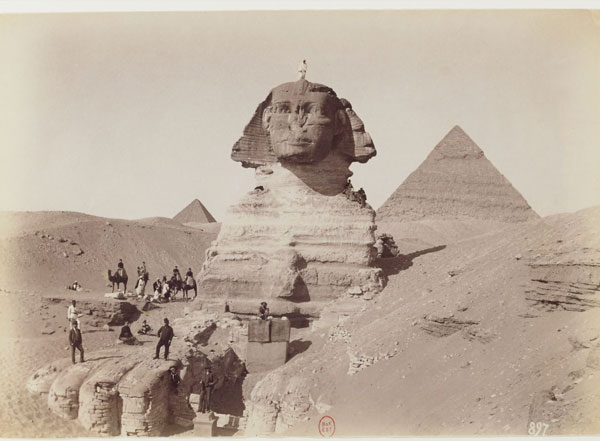 The Sphinx circa 1880s, by Beniamino Facchinelli.

Carved out of a natural limestone outcrop, the Sphinx is 19.8 metres (65 feet) high and 73.2 metres (240 feet) long. It is located a short distance from the Great Pyramid. 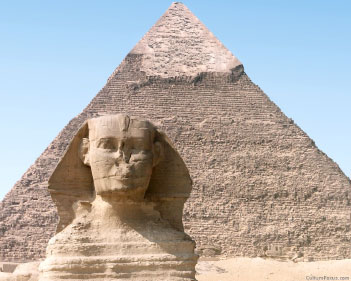 The main body sits along an east-west axis facing east. An enclosure of open floor surrounds the monument, narrowing somewhat in the western back end. There is an unfinished shelf along the western back wall slightly elevated from the rest of the enclosure floor. Large and small blocks of harder limestone, applied at different times in the past, form a protective covering or facing over the lower parts of the monument. 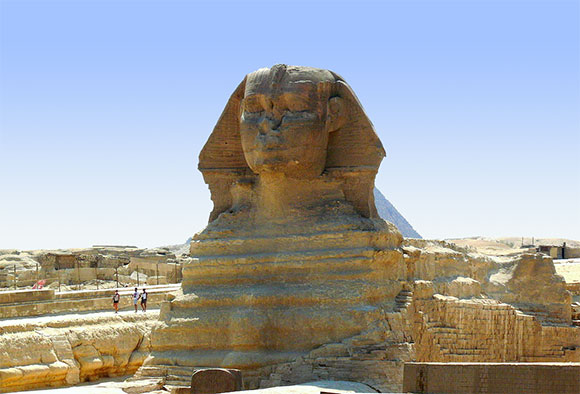 The Sphinx water erosion hypothesis contends that the main type of weathering evident on the enclosure walls of the Great Sphinx was caused by prolonged and extensive rainfall that would have predated the time of Djedefre and Khafre, the Pharaohs credited by most modern Egyptologists with building the Great Sphinx and Second Pyramid at Giza around 2500 BC.
Egyptologists have rejected the water erosion hypothesis and the idea of an older Sphinx, offering various alternative explanations for the cause and date of the erosion.

R. A. Schwaller de Lubicz, a French mystic and alternative Egyptologist, first claimed evidence of water erosion on the walls of the Sphinx enclosure in the 1950s. John Anthony West, an author and alternative Egyptologist, investigated Schwaller de Lubicz’s ideas further and, in 1989, sought the opinion of Robert M. Schoch, a geologist and associate professor of natural science at the College of General Studies at Boston University.

From his investigation of the enclosure’s geology, Schoch concluded the main type of weathering evident on the Sphinx enclosure walls was caused by prolonged and extensive rainfall. According to Schoch, the area has experienced a mean annual rainfall of approximately one inch (2.5 cm) since the Old Kingdom (c. 2686–2134 BC), such that, since Egypt’s last period of significant rainfall ended between the late fourth and early 3rd millennium BC, the Sphinx’s construction must date to the 6th millennium BC or 5th millennium BC.

Though the presence of extensive 4th Dynasty repair work to the Sphinx and associated temples is acknowledged by such Egyptologists as Lehner and Hawass, Schoch contends:

Colin Reader, a British geologist, agrees that the suggested evidence of weathering indicates prolonged water erosion. Reader found, inter alia, that the flow of rainwater causing the weathering had been stemmed by the construction of ‘Khufu’s quarries’, which lie directly “upstream” of the Sphinx enclosure, and therefore concludes that the Sphinx must predate the reign of Khufu (2589–2566 BC), and certainly Khafra, by several hundred years. Reader disagrees with Schoch’s palaeometeorological estimates, and instead concludes that the Sphinx dates to the Early Dynastic Period (c. 3150–2686 BC). To explain the disproportionate size of the head compared to the body, Reader, as does Schoch, also suggests the head of the Sphinx was originally that of a lion and recarved sometime later in the likeness of a pharaoh.

Similarly, David Coxill, a geologist working independently of both Schoch and Reader, has concluded from the evidence of weathering in the enclosure that “the Sphinx is at least 5,000 years old and pre-dates dynastic times [before 3100 BC].” 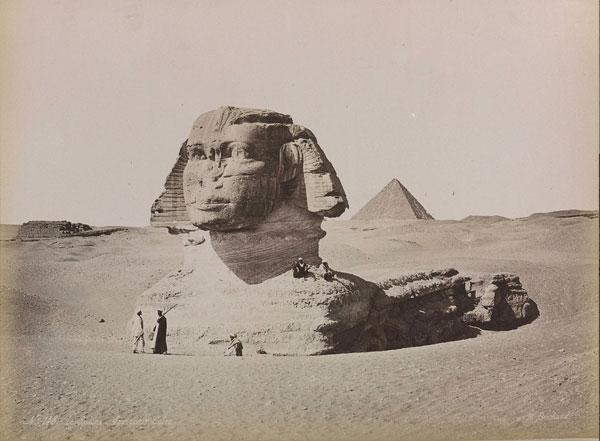 The Great Sphinx partly under the sand, ca. 1870s 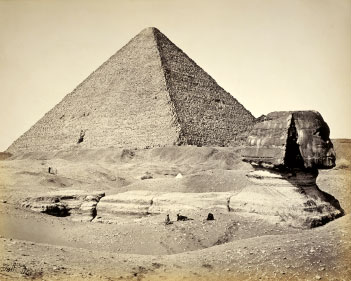