RENNES-LE-CHATEAU and the UFO  – The Flight of the PHOENIX

The mystery that revolves around the small village of Rennes-le-Chateau in France is for many nothing more than a clever fabrication or tourist hype, though the unsolved fact remains that the parish priest in charge there during the 1890’s, that rascal Berenger Sauniere, somehow appeared to amass an overnight fortune by way of some ‘secret’ he had either stumbled across or knew of, the nature of his accumulated wealth and any such secret having being argued over now for the last 40 years. Tales of political intrigue, attempts to instigate a titular head of a new Pan-European monarchy courtesy of a ferociously guarded hidden royal bloodline, and an awaiting ‘treasure’ of unparalleled wealth awaiting to be discovered, are the two enduring hypothesis submitted to explain Sauniere’s secret. Sacred geometrical shapes have been discovered in the landscape in the valley (which, remarkably, has now been found to duplicate in Lincolnshire) evident from strategic placing of churches and rock formation peaks, hinting at a secret on an even larger scale, for who could have been responsible for such an immense and deliberate construction and why? Certainly not the local Tourist Board! Those awaiting the day science fiction becomes science fact daringly suggest that the entire Rennes region conceals an inter-dimensional reality. 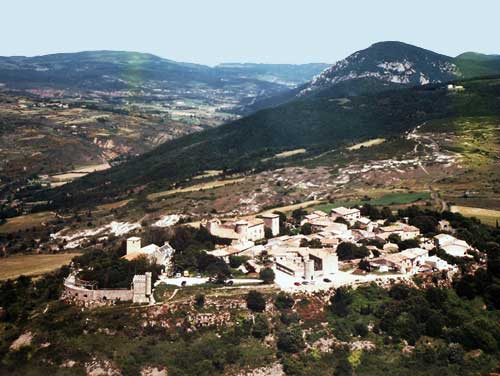 The Village of Rennes-le-Chateau, earlier known as Rhedae

At the time the Rennes Mystery was branching out to interest many here in England, the Chateau was a very dangerous and unwelcome place to be snooping around, rather unlike today where much of it is more of a friendly, commercial Theme Park. Tales and whispers of British Intelligence and CIA involvement only added to the intrigue, for why would, if indeed they did, such serious agencies have an interest in a seemingly uninteresting area? If this was a hype, it was going to extraordinary lengths to maintain itself. The first British intrepids to hasten to Rennes were my friends the authors Lionel and Patricia Fanthorpe, followed later by the triple authorship of Lincoln, Baigent and Leigh whose ’The Holy Blood and the Holy Grail’ million seller is wearily impossible not to mention in all matters Rennes. Hot on their tail was sacred geometrician David Wood with whom I worked with a while and who managed to get himself ‘banned’ by locals from the valley for his controversial conclusions presented in his 1985 book ‘Genisis’.

The lady who had just became become my wife had already been there in 1984 having been instructed in a series of informative strangely lucid dreams, not that she had wanted them. She had been told that she was going to find a “Treasure’, a ‘Golden helmet encrusted with diamonds and rubies with a bird flying out of the top’. She was then, as today, and in tandem with myself, an individual totally unconcerned and disinterested in commercial gain let alone treasure. I too and independently, had been given specific information whilst in the dream state. It clearly impressed upon me a date – April 24th, and with it the word ‘Lacombe’. This was about seven or eight months before the following April, so I assumed it meant then – April 24th 1986 , with Halley’s comet due to brush past the earth on 9th February of that year. 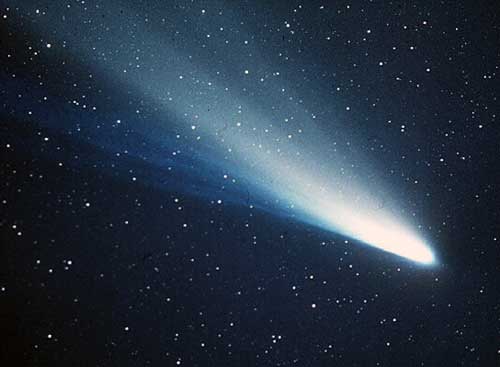 The return of  Halley’s Comet photographed passing earth in 1986 – an omen of Chernobyl ?

When we arrived in the valley with our van and mobile caravan, our first meeting with a local was with a young Frenchman called Daniel who had left  Bordeaux in his own full knowledge that he had been ‘drawn’ to give up his  daily existence and move to Rennes. He still lives in the valley this day. Daniel had in time built his own Navaho style Indian stone hut and hung his choice name on it. He had chosen ‘Lacombe’. He also revealed that he had been waiting for a specific arrival – that of a man and woman. All this was a short time before the 24th and when that day came it proved to be eventful. Avril and I had visited the small church of Bugarach where she had a weird experience by suddenly without warning burst into an operatic style aria whilst in there alone! This is all the more interesting when we learn that priest Sauniere had been conducting furtive ‘experiments’ behind closed doors with one of his regular visitors, the famous French operatic diva Emma Calve, whereupon it seemed Emma would be attempting to hit specific notes!

The day earlier, with a strange assistance, we had stumbled across a sealed cave that had its two natural points of entry filled with rubble and debris and I can tell you it is highlighted at the top of one of Da Vinci’s versions of ‘Virgin of the Rocks’, a babbling brook runs nearby and there is also a stone marker which is also visible in the painting. This is made all the more puzzling as Da Vinci never visited Rennes! Is it possible somebody who DID visit the site sketched it for him for posterity on canvass? There is an alcove on it that begs out for flowers to be placed there. When Avril arrived running here first, she burst into tears sobbing and repeating over and over what sounded like ‘Artoora’, a word completely unknown to her. In 2011 we gave the best directions we could for a friend to try and locate this cave which was in the vicinity of Les Labadous but it eluded him which has me thinking that since 1986 it has either been deliberately further concealed by any means available or has naturally covered itself with undergrowth over the years. The stone marker dolmen we found also seems to be missing which suggest to me that all evidence of it must have been deliberately destroyed, acts of vandalism not a thing unknown to related clues in the mystery. The French authoress Elizabeth Van Buren who was living at Les Labadous in 1986 and was installing trip wires around her property when we visited, confided to us that knew of this cave, as did David Wood who would occasionally work with her. Van Buren is the great, great granddaughter of the 8th American President, which may go some way to fuel the notion of a CIA interest in Rennes. My own thoughts are is that it was here that the mysterious figure of Mary Magdalene, now the symbolic figure for the elusive ‘Holy Grail’, was once hidden in the cave before being moved for safety to avoid detection by those wishing her harm. 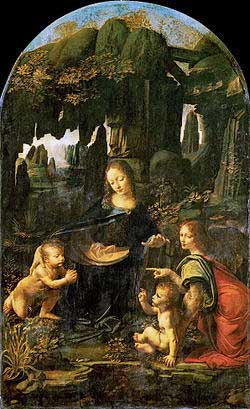 At a few minutes after 8pm on the evening of 24th, even our significant cave discovery would be eclipsed. Whilst on that subject, we didn’t know until many years afterwards, but on 24th April 1986 there was a rare total lunar eclipse in the afternoon, rare owing to the fact that the moon was in conjunct with Pluto, a scarce astronomical event. Pluto represents explosive events and nuclear technology. It was young Rene, my stepson who was also with us, who first noticed the three bright lights in the sky high above the mountain range in the distance, as we rested outside of Daniel’s hut. Bright and rounded like stars, suddenly there, they couldn’t help but arrest your eye. Then, as we all checked with each other, we could clearly see they were on the move!  As abruptly as they had appeared they were gone, but now heading our way came a huge orangey red cloud flashing bolts of lightning from within its core and in an absolute silence, in a clear blue sky. It was the weirdest thing as it slowly moved silently through the valley and over our heads, giving the impression that Time was standing still. All around us there were no signs of life as the fascinating air show made its way over to the Chateau and around the back of the Tower there and made off. Only Daniel broke the silence in his own broken English, “I think it was a spaceship..’ 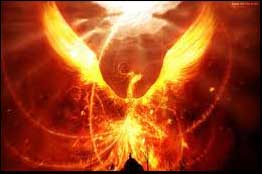 The Firebird Phoenix – an allegory for a Spaceship?

Whether or not, there are seventy verses describing ‘cloud ships’ in the Bible, my favourite being Ezekiel Chapter 1, verse 4; ‘And I looked, and behold a whirlwind came out of the North, a great cloud, and a fire infolding itself, and a brightness was about it, and out of the midst thereof as the colour of amber, out of the midst of the fire’, the following passage going on to describe angelic beings coming out of this midst. This is exactly what we had witnessed! That night Avril had this message in a dream, ‘When the bird leave its nest, look to the West.’ However that was to be interpreted, we left for England the following day only after learning that Van Buren had left for elsewhere in France the day before the encounter, obviously she had not been invited to the ‘appointment’.

Why had we been summoned to witness ‘The Phoenix bird leaving its nest’? Was this Phoenix, in mythology a bird with a beautiful voice and with feathers of gold and red, the ‘golden helmet and rubies’ Avril had been promised? As a bird of Arabia it was so called because it possessed a scarlet colour. Rennes-le-Chateau was originally known as Rhedae. Employing the phonetic Mother Tongue, we can translate this as ‘Red Eye’. A ‘Red Eye’ in the sky? Critics and sceptics will say what we had witnessed was a strange electrical storm or Supercell thunderstorm, (despite no thunder!) but must we believe we had been given a date in a dream just to come and view a storm? British  UFO author Jenny Randles describes what we saw in  her book ‘Time Storms’, when she tells us that such an event involves a peculiar glowing energy cloud that can incur all manners of phenomenon from synchronicities, the opening of alternate dimensions, disorientating the viewers, gravity anomalies and other weird goings on.  Since the encounter my life is now governed by synchronicities.

The story doesn’t end there. A little over a day later, villagers at Chernobyl, Russia, reported seeing a stationary orange cloud in the sky hours before the disaster at the nuclear plant there which released radioactive plutonium around the world. The explosive and technological aspect of the Pluto conjunction? 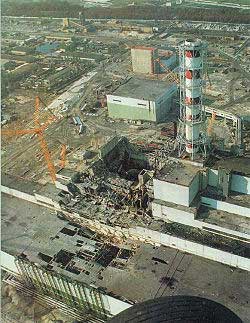 And now for the synchronicities. Daniel’s hut was called Lacombe, this is also the name of the French scientist in the ‘Close Encounters’ movie, this fictional character styled on real UFO French physicist Jacques Vallee – we were in the Rennes ‘Valley’. In the movie, the Mothership, which in an earlier scene was shown concealed in a red cloud, made contact at a landmark that actually exists in Wyoming, USA, called ‘Devil’s Tower’. The Tower at Rennes also has this dubious nick name. 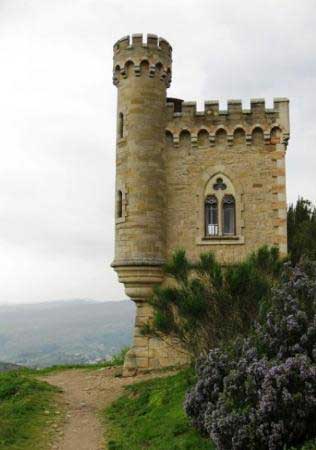 ‘The Devil’s Tower’ at Rennes-le-Chateau

As a researcher into the marvel of the Collective Unconscious, I can only declare here it was at work, passing through unwitting human agency as it can do. Unable to fathom it, I left behind this experience and interest in Rennes-le-Chateau, but twenty years later it was to reintroduce itself into my life. This time, it had transposed itself over to Lincoln, England, and with the discovery of a Code within the Gothic Cathedral there I again found myself back in a familiar territory. 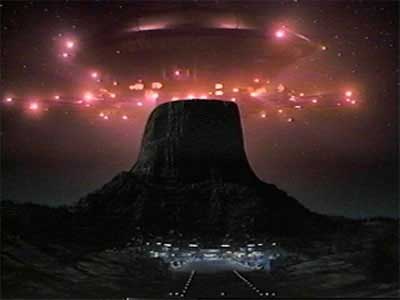 Copyright Dan Green 2012
Presented with permission of the author

More articles by the author: