The secrets of these stone structures are only now being unraveled, probably because it is nearly impossible to get the entire picture at ground level. But with views from airplanes and satellites, archaeologists have discovered thousands of these “floor drawings” of stones in Syria, Jordan and Saudi Arabia. The wheels measure from 82 feet to 230 feet across and could be at least 2,000 years old; other stone structures are far older. What were they used for? Did they carry special meaning? That is still secret.

The Eye of Africa – whose official name, the Richat Structure, seems so mundane in comparison – was spotted in central Mauritania by astronauts on early space missions. In the expanse of the Western Sahara Desert, the formation has a diameter of about 30 miles. At first, scientists thought a meteorite had hit the Earth, causing this impression. But now it is believed to be a symmetrical uplift that erosion has revealed. No one has explained yet why it is circular. 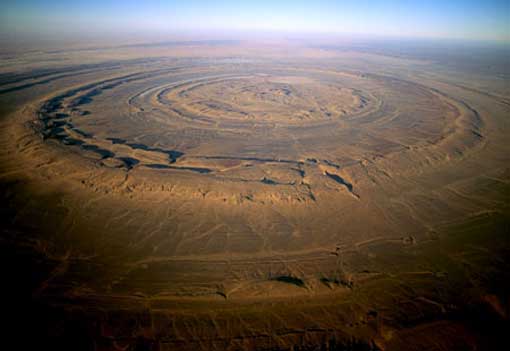 Even NASA cannot explain it. It’s best to gaze in wonder at the sliding rocks on this dry lake bed in Death Valley National Park.

The Racetrack is a unique attraction of Death Valley National Park where rocks slide across the ground all by themselves. Although no one has recently seen them slide across the ground, it’s the wind blowing through the canyon that makes them move after rain wets dried up silt. With a friction level reduced to nearly to zero, even a finger could push a very heavy rock.

Here’s one you Led Zeppelin fans are no doubt familiar with, as it was famously featured on the cover of their Houses of the Holy album. For those that aren’t aware though, the Giant’s Causeway is a massive area of interlocking basalt columns created after an ancient volcanic eruption. The lava cooled rapidly and then contracted, leaving many deep cracks that were further deepened thanks to erosion, creating around 40,000 pillar-like structures. The World Heritage Site is now considered one of the top natural landmarks in all of the U.K. and the most popular tourist attraction in Northern Ireland. Of course, the legends surrounding the amazing landmark only add to the area’s intrigue. The most famous legend says that an Irish warrior built the causeway so he could walk to Scotland to fight his Scottish rival. Unfortunately, after seeing his enemy’s size, he fled in fear and then asked his wife to help disguise him as a baby. When the Scotsman came calling and saw the massive “infant,” he assumed the father must be a giant, so he ran back to Scotland, destroying the rest of the causeway in order to stop the giant from following him home. The legend fits in with nature as there are similar basalt formations on the isle of Staffa in Scotland that were actually created by the same ancient lava flow. 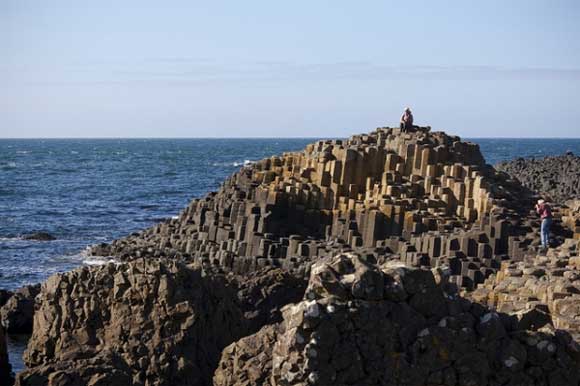 The Giant’s Causeway  is an area of about 40,000 interlocking basalt columns, the result of an ancient volcanic eruption.
It is located in County Antrim on the northeast coast of Northern Ireland, about three miles (4.8 km) northeast of the town of Bushmills. It was declared a World Heritage Site by UNESCO in 1986, and a National Nature Reserve in 1987 by the Department of the Environment for Northern Ireland. In a 2005 poll of Radio Times readers, the Giant’s Causeway was named as the fourth greatest natural wonder in the United Kingdom. The tops of the columns form stepping stones that lead from the cliff foot and disappear under the sea. Most of the columns are hexagonal, although there are also some with four, five, seven or eight sides. The tallest are about 12 metres (39 ft) high, and the solidified lava in the cliffs is 28 metres thick in places. 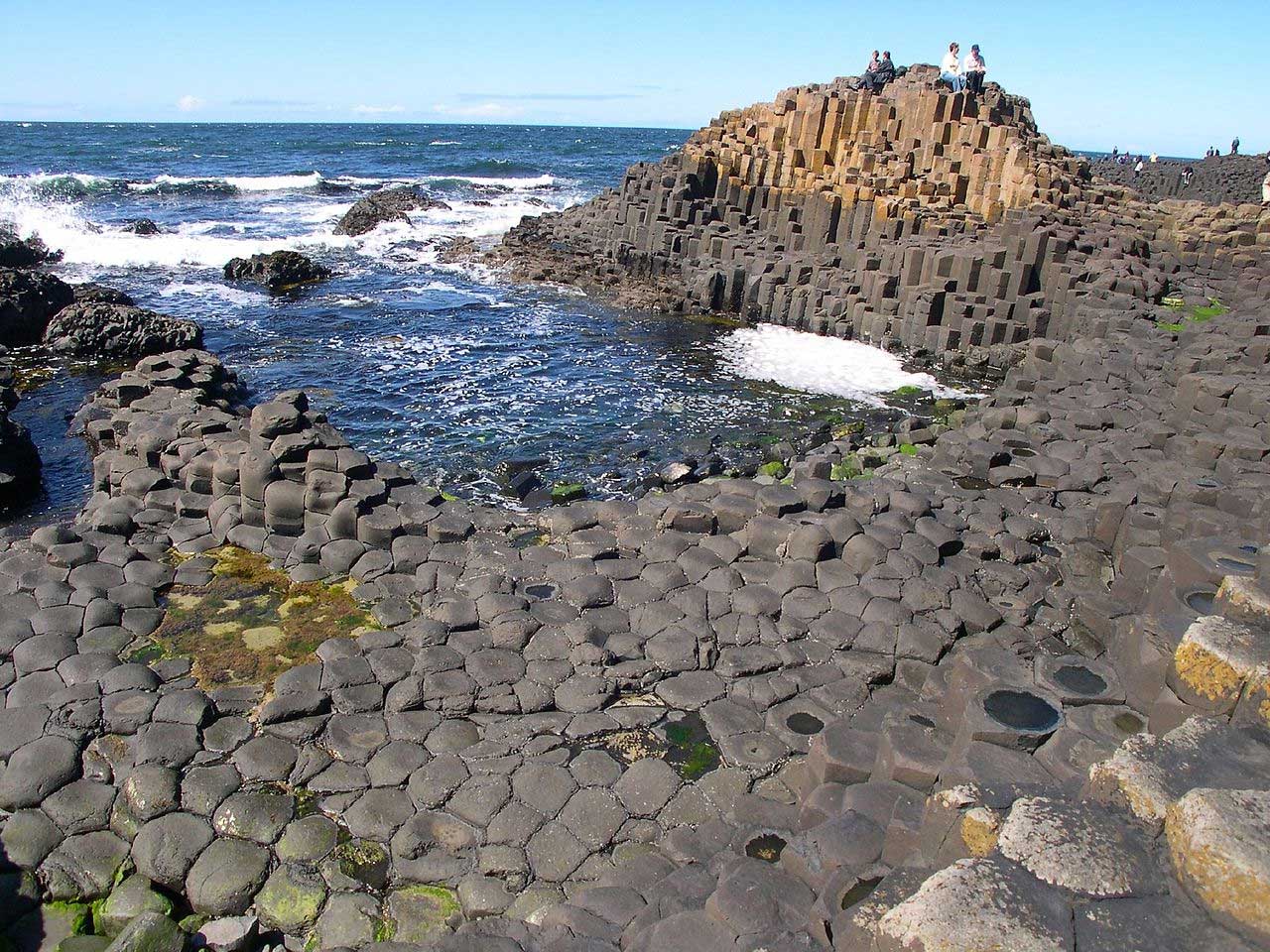 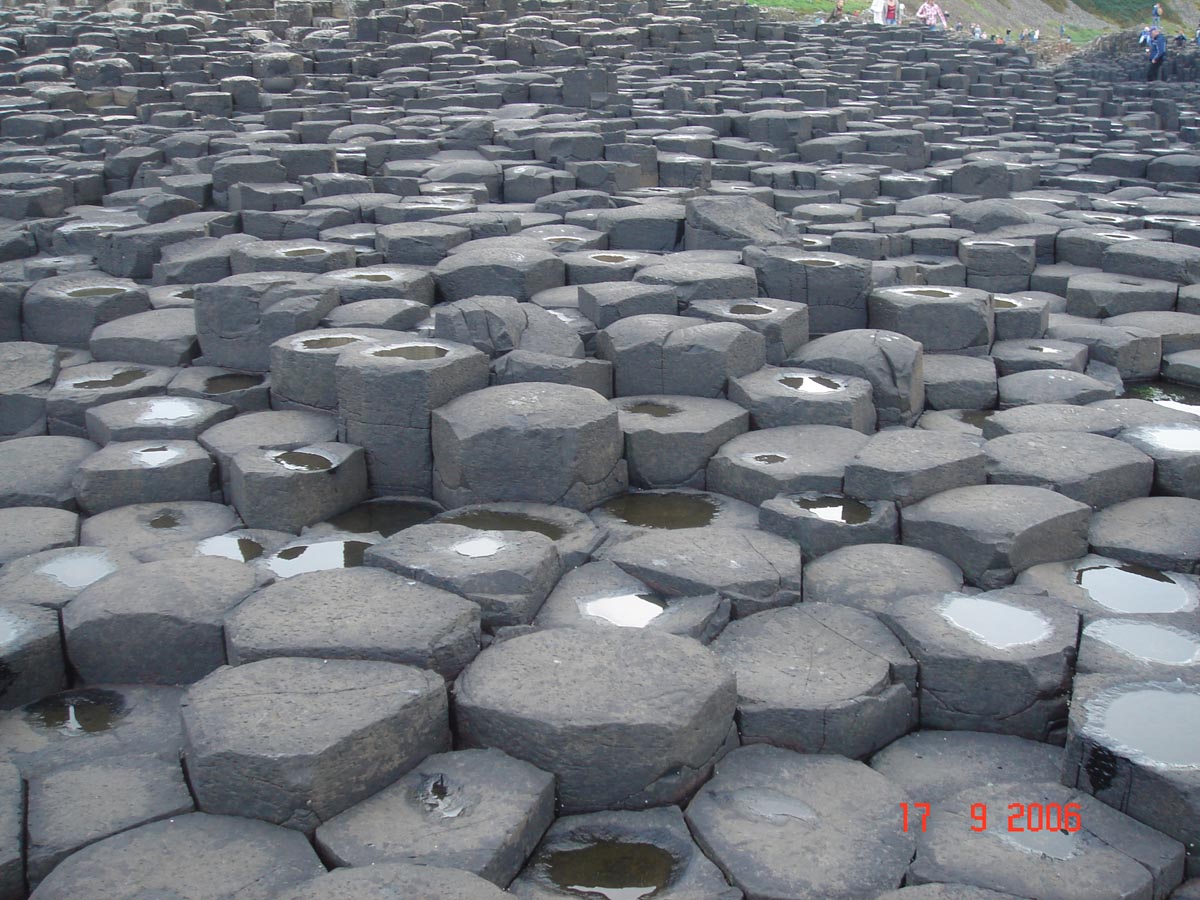 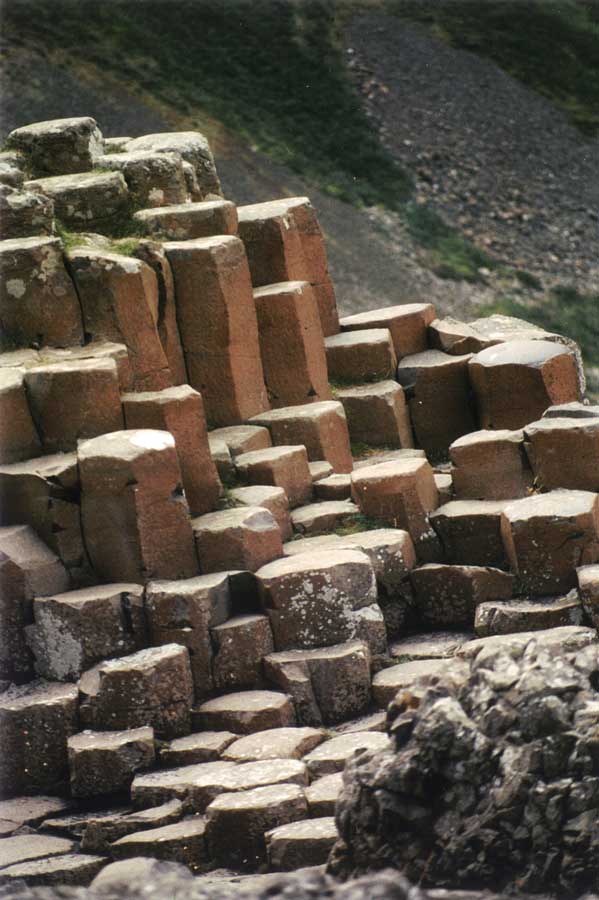 PS Klaus Dona: The Hidden History of the Human Race

March 2010 I first met Klaus Dona, an Austrian artifacts researcher, in July 2009. His Project Camelot interview (available here) was extremely well received, and many people wrote asking for a follow-up. So I’m delighted to bring you more. This video is a 45 minute slideshow, with a personal commentary from Klaus. It’s data-rich, detailed, intensive, absorbing, and may contain more startling information about the history of the human race in one place than any other video you’ve ever seen. The journey we embark on covers Atlantis, reptilian humanoids, the Anunnaki, ancient symbolism, ancient science, an ancient global language, and much more. This is astonishing material, which has my highest recommendation. Enjoy.