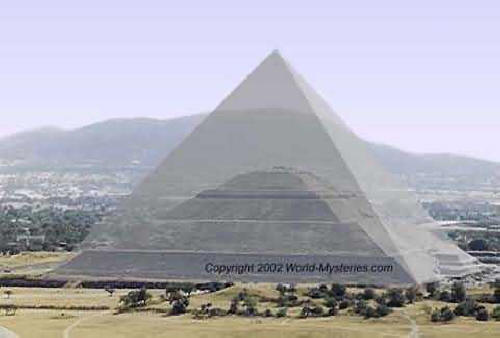 Is it possible that the layouts of the pyramids of Giza and Teotihuacán have further similarities? 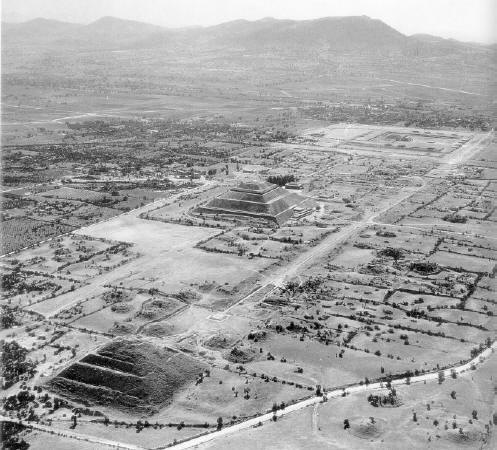 An old aerial photo of the Teotihuacán. Was the empty “lot” between the pyramids intended for the third pyramid? 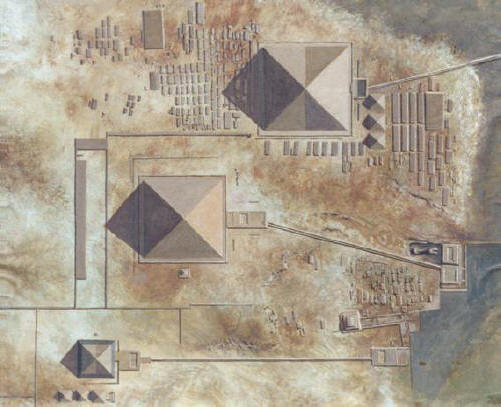 Layout of the Giza Pyramids. 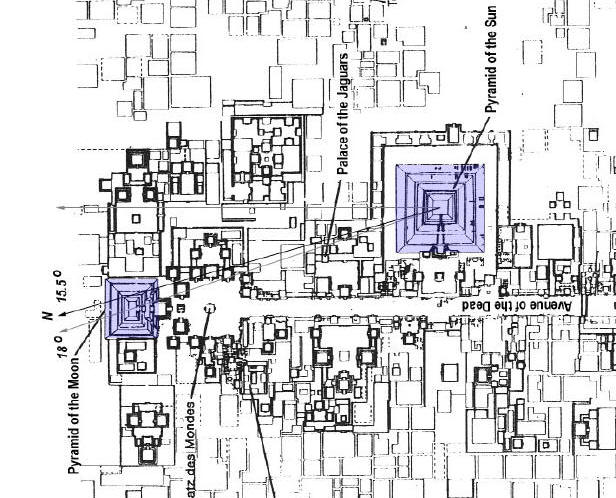 Teotihuacán – layout of the Pyramids. 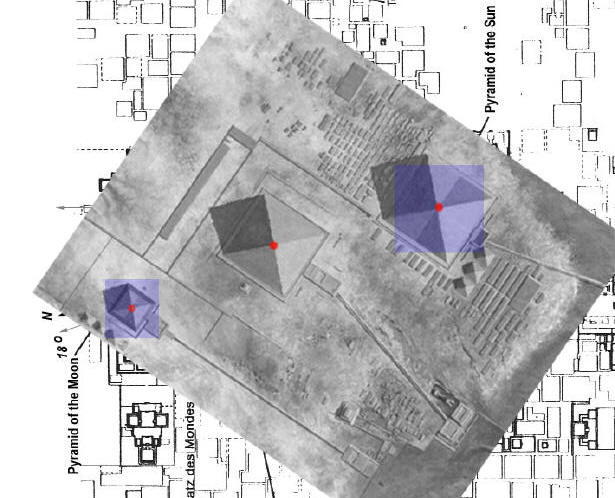 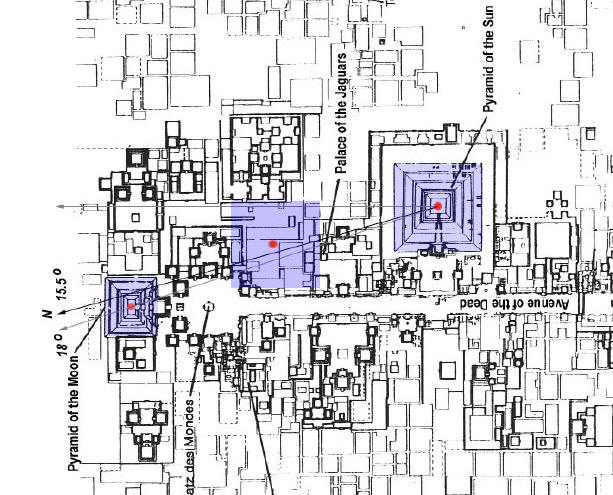 Location of the “missing” (?) pyramid. 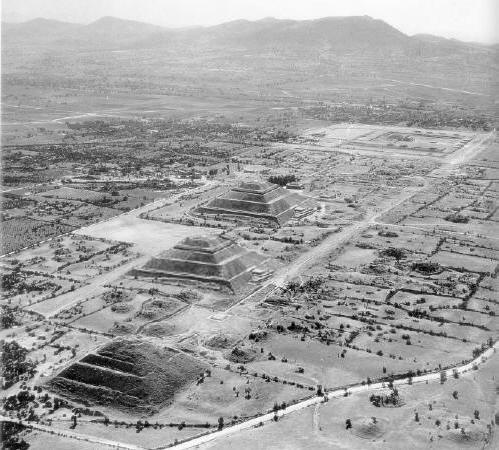 Is it possible that the layouts of the pyramids of Giza and Teotihuacán
were based on the same “blueprints”?

Learn more about both pyramids: