I am fortunate that people who have an interest in my work – a premise that terminates at a tomb number 28 opposite the Gothic Cathedral of Lincoln, England, and that here may be kept a very important find and secret – often point me in certain directions. In this instance you are about to read, literally!

According to some excellent research by the Geomancer Robin Heath, the capitals of England (London), Scotland (Edinburgh) and Wales (Cardiff) all form a Pythagorean 5:12:13 ratio right-angled triangle. Right angled at Cardiff, ratio 5 joins with London, ratio 13 London and Edinburgh and ratio 12 Edinburgh and Cardiff. 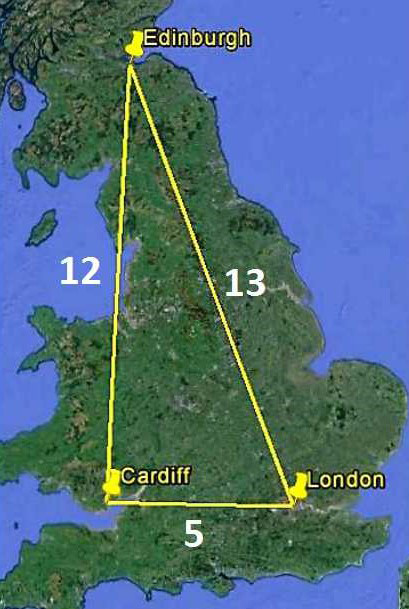 Pic 1: Capital cities of the UK – A Pythagorean Triangle

Surprisingly or not, he finds the same ratio triangle within the layout of Stonehenge. Washington DC, however, does not appear to want to be left out either, and so, by courtesy of one of my contributors, here we find another formed by connecting the tributes of both Presidents Washington and Lincoln. 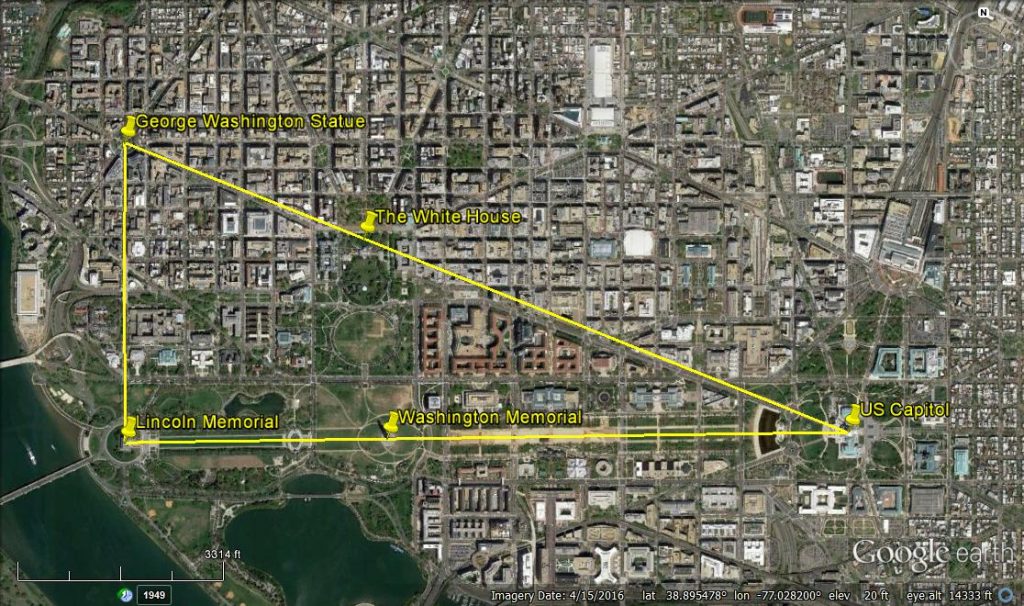 Crossing back over the Atlantic to the famous Lincoln Cathedral, this triangle reappears again. The right angle is found at the statue of Poet Laureate Lord Tennyson, Ratio 5 joining this to the enigmatic Marker Tomb 28, which in turn, Ratio 13, joins with the Observatory Tower of nearby Lincoln Castle. Ratio 12 joins the Tennyson statue to this Tower. The 5:12:13 ratio is obtained by division of the distance in metres between the three points by the number 28 – The number of the enigmatic Marker Tomb. 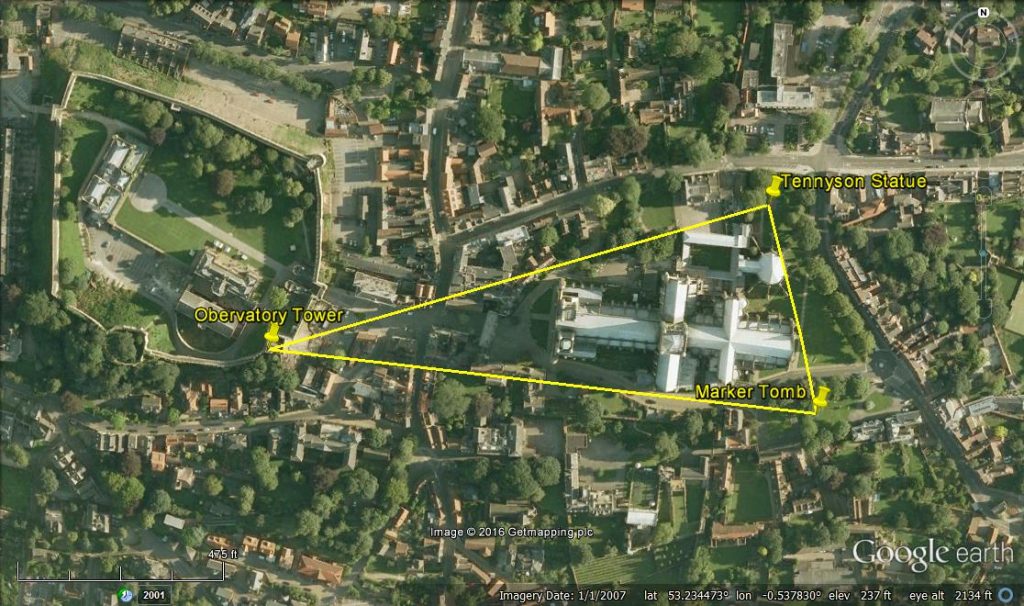 Is there a connection between these two triangles? Let us see! A huge seated statue of President Lincoln within Washington DC’s Lincoln Memorial looks due East to the Washington Monument obelisk, beyond to the US Capitol building. Due North of the Memorial George Washington sits on his horse at the Washington Circle, facing South-East towards the Capitol Building. Upon the Capitol dome, a robed lady, appearing to be heavily pregnant, wears a Roman helmet and carries a sword. She is ‘The Statue of Freedom’, facing due East away from the Washington equestrian statue and Lincoln Memorial. Her head, however, inclining to her left, placing her gaze North-East. 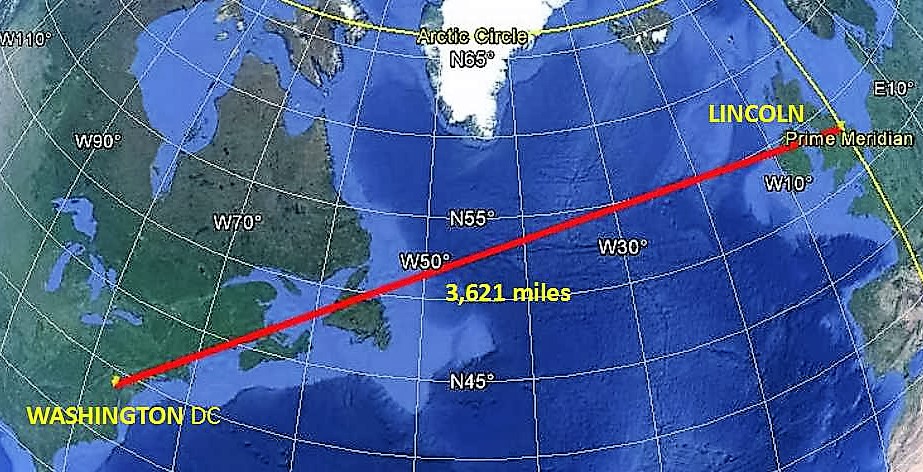 Underneath the Capitol building upon whom sits the female Statue of Freedom, beneath the crypt, George Washington’s tomb was meant to reside, but as his will specified that he laid to rest elsewhere, in his place the massive white marble head of Abraham Lincoln is placed in the crypt house instead. Washington, sits upon his horse, facing Capitol building and leading a charge against the British (1777) whilst the other President is called Lincoln. Is it possible that the implication here is that we are drawing attention to Lincoln in Britain? In the Lincoln triangle, poet Tennyson duplicates the direction that President Lincoln is facing, due East, and is looking down. To tell us that it is here at this location a great secret is concealed underground – at Rayner Tomb number 28, a short distance away in the St Margaret burial grounds facing the Cathedral? And if so, who or what is it that is responsible for drawing our attention to this by the use of Pythagorean triangulation? Freemasons? Synchronicity? The Collective Unconscious?

This Blog abridged from ‘Pythagoras Triangulates to Lincoln’ from the ‘Dan Green Codex’.