This episode surmises that several ancient sites were built with help from aliens. Examples given are the ruins of Ollantaytambo in Peru, (an Inca city believed built atop a far older and more advanced-built fortress); the pyramids of Teotihuacan in Mexico, (which use heat and radiation shielding Mica in their engineering); the temples of Vijayanagara in India, (suggested to have been designed to tap into cosmic energy); the temples of Karnak in Egypt, (which show symmetrical and precision sculpting believed unobtainable by primitive hand tools); and the ancient ruins on Malta, (whose designs seems to have incorporated an acoustic energy technology).

The Revelation of the Pyramids

The Revelation Of The Pyramids takes an in depth look into one of the seven wonders of the world, the Great Pyramids of Egypt. Mystery has surrounded these epic structures for centuries with theories varying from the scientific to the bizarre.  However with over thirty-seven years of in depth research taking in sites from China, Peru, Mexico and Egypt, one scientist has as at last managed first to understand and then to reveal what lies behind this greatest of archaeological mysteries: a message of paramount importance for all mankind, through time and space.

How did Egyptians build it?

For years, scientists and explorers have debated over the question: How did the Egyptians build the pyramids? Now a new solution has been found by Italian researcher Elio Diomedi that may provide answers in this controversial documentary.

These two photos were extracted from two Italian documentaries. Could similarity of the design be a proof that Coral Castle was actually build with old Egyptian technology? 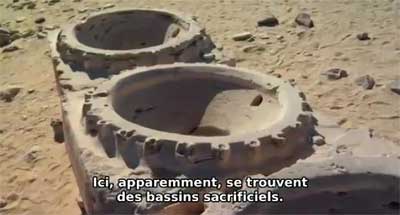 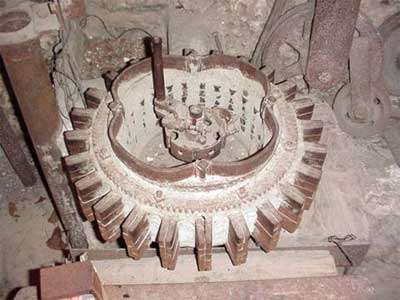