“Thinking is the hardest work there is, which is probably the reason why so few engage in it.”  — Henry Ford

The Elite give us the illusion of freedom but control all of the choices. The Elite give us the choice of 500 cable stations, yet the same message comes from all of the channels. They give us aisles and aisles of food, yet 90% of it is just corn and soy byproducts. They give us the choice of hundreds of political candidates, yet nothing changes because both sides are bought and paid for by the Elite. They give you the choice of investments of stocks,   bonds, and real estate but when this all goes down, you will see that it is all apart of the same illusion of the dollar. The Elite, of course, controls the dollar.

If you do not think independently for yourself, you cannot help but to be controlled, whether you know it or not. Every aspect of your life is monitored, regulated, taxed and controlled, not for your betterment, but for betterment of others…

Aldous Huxley’s tour de force, Brave New World is a darkly satiric vision of a “utopian” future—where humans are genetically bred and pharmaceutically anesthetized to passively serve a ruling order. A powerful work of speculative fiction that has enthralled and terrified readers for generations, it remains remarkably relevant to this day as both a warning to be heeded as we head into tomorrow and as thought-provoking, satisfying entertainment.

Aldus Huxley’s Brave New World describes a futuristic dehumanized world in which people are born in a test tube, raised by the government and channeled into various roles.  They are taught how to think, feel and behave.  There is no more family, no religion, no values other than those instilled in you by science and technology, the perfect “politically correct” society.  There is no such thing as individualism.  The state has all the answers and the state engineers and directs every person to fulfill their particular role.  One wonders if this isn’t the utopia the present Administration has in mind.  Let the State take over all aspects of life.  Who needs a family?  It takes more than a village.  Let society raise children. 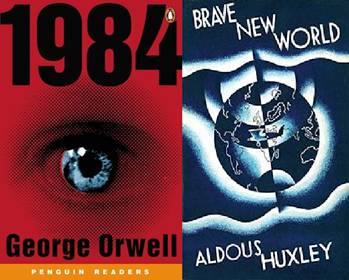 Resistance is futile.  The book is a classic story of manipulation by the government media and manufactured crisis to keep people under control.  The greater the threat level, the more willing the people are to go along with greater control.  This is not just true in a novel but we see it every day as surveillance increases exponentially – from cameras on street corners, to cyber surveillance of Internet traffic to intrusive “know your customer” rules in our everyday banking.  If you deposit too much money or seem suspicious in any way, the bank must report you or face fines and penalties. 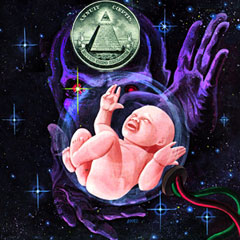 Is this vision becoming our reality? 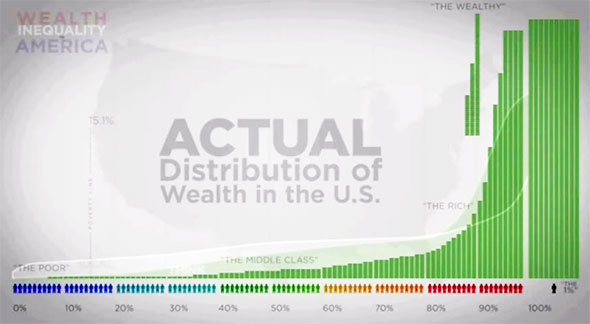 The richest people on the planet create, orchestrate and execute ALL WARS!  Wars are good for BUSINESS. ‘They’ sell the bullets AND the bandages.

Today we face a dependency on government largesse for almost every need. Our liberties are restricted and government operates outside the rule of law, protecting and rewarding those who buy or coerce government into satisfying their demands. Here are a few examples:

No One is Coming to Save You

Watch it before it is banned:

Environmentalist and anti-globalization activist Vandana Shiva is calling on Canadians to embrace their inner Mahatma Gandhi in opposition to proposed agricultural legislation. Canada’s Bill C-18 has been lauded as a way to better support innovative plant breeding. Brent speaks to Vandana about why she believes the bill should be fought with non-violent resistance.

The bill would allow companies that grow and sell seed to charge royalties from farmers who store seeds, as well as harvest and replant seeds. The proposed changes are supported by the Canadian Seed Trade Association, which includes commercial agriculture giants like Monsanto and Syngenta.

The bill would bring Canada into line with the international agriculture standards already followed by countries like the United States and United Kingdom. Shiva, a world-renowned activist, adamantly opposes seed patents. Shiva is a philosopher, environmentalist, and author who writes about the corporate control of farming in her book Stolen Harvest. She has also acted as an adviser to governments in India and is the winner of numerous awards including the Calgary Peace Prize. Shiva draws parallels between C-18 and the Salt Laws in India, which protected the British salt monopoly in colonial India, and insists that the legislation infringes upon the sovereignty of Canadian farmers.

“A privilege used to be given by feudal lords, and in a way what we have is corporations replacing feudal lords, and then deciding what a farmer can do and cannot do. The first rights are those of the farmers.”