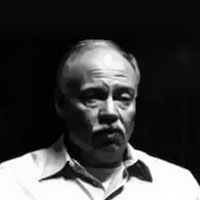 Michael Ruppert is an investigative journalist and author of two books, Crossing the Rubicon: The Decline of the American Empire at the End of the Age of Oil and Confronting Collapse: The Crisis of Energy and Money in a Post Peak Oil World.In the 1970s, Ruppert was a narcotics officer for the LAPD. While there, he discovered evidence that the CIA was complicit in the illegal drug trade. He alerted his superiors with this information and soon found himself dismissed even though he had an honorable record. These events spurred Ruppert to begin a new career for himself as an investigative journalist. He was the publisher/editor of the From The Wilderness newsletter which, until its closure in 2006, examined government corruption and complicity in such areas as the CIA’s involvement in the war on drugs, the Pat Tillman scandal, the 2008 economic collapse and issues surrounding Peak Oil. Ruppert has lectured widely on these topics and was the subject of a documentary, Collapse, in 2009 which was based on one of his books. Currently, he hosts the radio show, The Lifeboat, on the Progressive Radio Network.

9/11 and the Cheney Conspiracy

Michael Ruppert let’s fly with both barrels as he speaks on Peak Oil, who the media are serving, and the truth behind Pat Tilman and Christopher Dorner. Ruppert’s candor is so strong that it is clear to see why he has been persecuted for his journalism, and he also shows why he is resilient enough to keep on speaking his truth.

EPISODE BREAKDOWN:
00:01 Coming up on Media Mayhem.
00:50 Welcoming Michael Ruppert
01:44 Getting persecuted as a journalist over Pat Tilman.
04:35 Bringing down the Bush administration.
08:55 The Pat Tilman cover-up.
15:01 Getting push back from controversial stories.
23:14 Media red herrings and distractions from the Right and Left.
27:54 Collapse, peak oil and the Iraq War explained.
36:17 The cognitive dissonance swirling around Christopher Dorner.
45:04 Investigative journalism appears through the cracks.

Collapse mastermind Michael Ruppert joins Media Mayhem to continue his conversation about the dirty secrets of the US government. This time he pulls out the big guns when discussing 9/11, the Bush administration, and why Dick Cheney was such an important (and nefarious) figure. He also gives his thoughts on President Obama, and the overwhelming force that keeps the machine of US government ticking in the direction of criminality.

In this Media Mayhem REMIX on YouTube, “Collapse,” and “Crossing the Rubicon,” Author Michael Ruppert discusses how the Bush/Cheney White house orchestrated 9/11 to create a reason to invade Iraq for their oil.

What is Collapse Network?

Mission Statement: Truth is our agenda, reality is our paradigm, surviving the Transition is our goal.