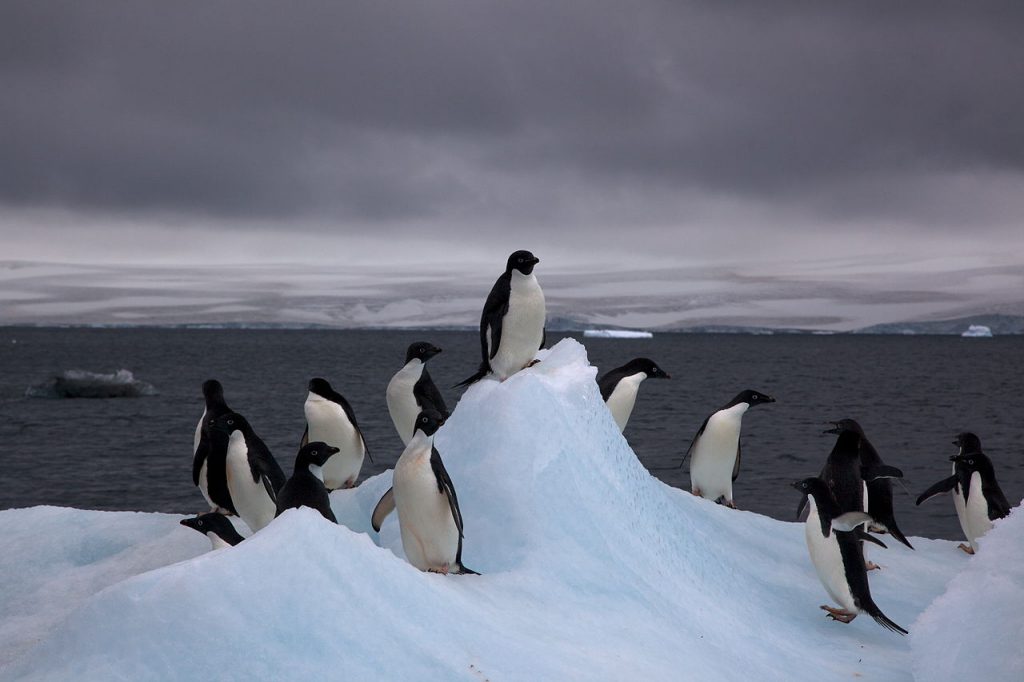 President Donald Trump comes in for a lot of stick, but there is one area where he is undoubtedly completely right. And that area is Anthropological Global Warming and man-made Climate Change. Every tweet of his and every action denotes that he is a Skeptic through and through.

The evidence that Climate Change is man-made is so flimsy that even the proponents use careful language to say that they are almost certain of the hand of man. Just think about it. The theory is all based on Greenhouse Gas emissions. Well the greatest Greenhouse Gas is Water Vapour and they would have a hell of a job to prove anything there, so they settle on that innocent gas, Carbon Dioxide, and argue that it ‘traps’ heat. Well only nincompoops and scientific illiterates argue that way, for it is abundantly clear to any half intelligent person that ‘heat ‘ cannot be trapped under any circumstances – no matter in a greenhouse, a glasshouse, a mud hut, a wooden hut, a brick house, a skyscraper or a Palace. One may not trap a transfer between two systems – it is utterly impossible.

Now had they picked on Global Cooling for the raising of almighty alarm, there they could have massive evidence. Consider this. Every time a Volcano erupts and pours out hot lava from within the earth, that is evidence before our very eyes of cooling on a massive scale. 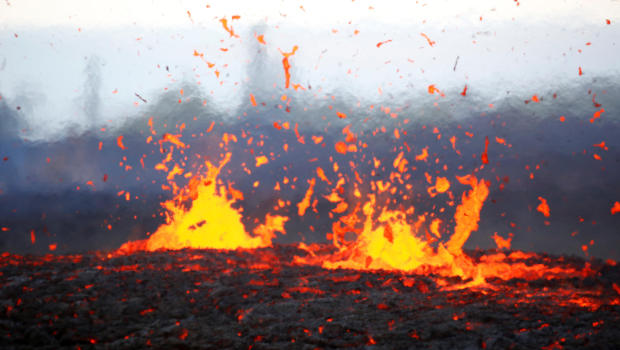 Lava erupts from a fissure on the outskirts of Pahoa during ongoing eruptions of the Kilauea Volcano in Hawaii, U.S., May 14, 2018. REUTERS/Terray Sylvester

The heat within a volcano is so massive that it can melt granite, so that when it is melted it is ‘molten’. When this molten mass is expelled it comes to the surface and cools. What boys agree? Everyone, everybody has to agree since the evidence is there before our eyes, whether on the spot or on television. We can all follow nowadays the eruptions in Hawaii, or in Java or in New Zealand or in Iceland.

Planet Earth is cooling and in spectacular fashion. The volcanoes above ground make world news when erupting. There is less news about the submarine volcanoes.

If an estimate of 4,000 volcanoes per million square kilometres on the floor of the Pacific Ocean is extrapolated for all the oceans then there are more than a million submarine (underwater) volcanoes. Perhaps, as many as 75,000 of these volcanoes rise over half a mile (1 kilometre) above the ocean floor.

Have you read that? More than 1 million volcanoes in the Oceans alone! Furthermore there are numerous thermal vents.

The heated fluids rise back to the surface through openings in the seafloor. Hydrothermal fluid temperatures can reach 400°C (750°F) or more, but they do not boil under the extreme pressure of the deep ocean.

If the oceans get warmed, is it because of man-made emissions of Carbon Dioxide in the atmosphere, high up ‘trapping heat’?  Don’t make me laugh. Such an idea is absurd and childish. Besides which in the tropics the surface of the seawater barely reaches 20ºCelsius. In 150 years the Global Warmer alarmists only claim an increase of eight tenths of one degree Centigrade! How much is that caused by man burning fossil fuels, I ask you – especially when there is a much more reasonable explanation.

There are hundreds of thermal vents spewing out water hot enough to melt solid metal, at 400ºC or 750ºF. Put that together with volcanoes and one can see that we on this Globe are bleeding heat away from hundreds of orifices. Far from Global Warming our Planet is haemorrhaging away the internal heat of the Earth.

We are in the midst of a monster Global Cooling.

Although my present personal trainer in all matters scientific is Hans Schreuder, who has taught me various fundamental principles, nevertheless there are many things that I have arrived at, even ‘received’ in the form of intuitions. I am very happy therefore on asking the same questions, over which I have puzzled, to Google, to find that I have inadvertently stumbled upon some basic scientific understanding. In other words my intuitions have turned out to be scientifically correct.

For some time now I have been suspicious of those who claim that the infrared issuing from Mother Earth has warmed the atmospheric Carbon Dioxide. Although it is theoretically possible it is just so unlikely and demands credulity about photons and other things hidden from the common man. Since 99% of the atmosphere is Nitrogen and Oxygen, and since these are both transparent to radiation, there must be some other means by which the air gets hot. It is for that reason that I concluded that it must be Conduction from the Earth’s surface that warms and cools the air. So I was delighted when I simply asked the question on my computer and it was confirmed.

Since air is a poor conductor, most energy transfer by conduction occurs right at the earth’s surface. At night, the ground cools and the cold ground conducts heat away from the adjacent air. During the day, solar radiation heats the ground, which heats the air next to it by conduction.

Gee, that is what my good friend Hans Schreuder been saying all along. Sun heats Earth and Earth heats Atmosphere from the bottom up.

So bang the drum! The Planet is not warming – the Planet is bleeding heat from a thousand orifices, often where the tectonic plates are shifting. There are fumaroles, there are geysers and there is evaporation.  The Planet by itself is getting colder and colder – thank God for the insolation from the Sun.