Conflict is everywhere in today’s worldly society—it is the method to political madness…to polarize and fragment for political effect (See: Bandwagon Effect), utility and ulterior motives…POWER! What we are in need of is that altruistic spark that drove the unselfishness of our founding fathers to put aside their own desires and recognition-needs to build a civilization that was to go beyond their pre-existing experiences. We need ideas ahead of their time along with the impetus and strength to follow through in putting them to work. Where are the creative people with a passion for synergy and a penchant for the natural order of humaneness? Where are the visionaries? Where are the truthful and just? We are here, Awakening and burgeoning forth!

Our plight of course could be wrapped up in what God showed to the patriarch…Enoch, who toured the length, width and breadth of Heaven and Earth—Enoch was shown that mankind’s sin was wrapped up in self-pride, and lust for and of woman. Feminization became a leveraging tool of the evil and today’s politicos use it to no end. It started with the angels—first with Satan not being able to resist taking all of heaven for himself, then others of his kind not being able to restrain themselves from coming on down to the planet to play with the irresistible daughters of man. It is the women who lock us in matter and Liberals know this secretly.  Liberal power corrupts eternal! We must awaken to how they control us this way. 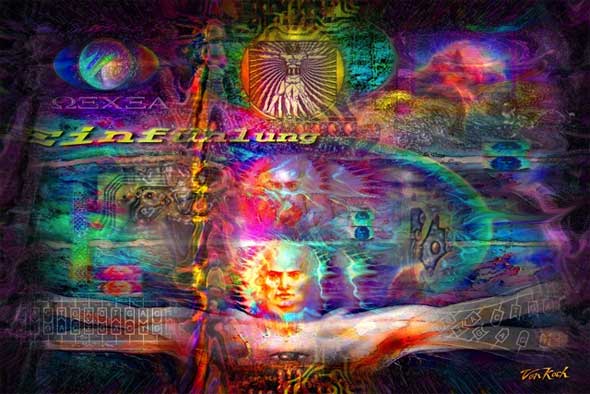 Civilization has rocked along for millennia, falling and rising, falling and rising and then falling again through versions on the same themes as the root causes for failure. Look at our own society chasing recognition and desire, all feeding off of human pride and lust. Womankind has once again found herself locked-in and used as the base reason or object for lust, homosexuality (hate of woman or love of beauty, feminism), sex crimes, racial hatred (fear of others taking their women), permissivism, addiction, false-play (collusion-networking), jealousy (fear of losing love), materialism (stuff collecting or score keeping—female nesting), ambition (attitude one must have to gain a woman—showing off to others), killing, raping, emotional-blackmail, insecurity and more. But, worst of all is a male characteristic for threatening violence or actual murderous activity, as a means to what they think is ultimate power — power over the innocent. It is all greed personified in the body of politics, becoming the obsession and addiction of the participants in a civilization’s destruction. We must all awaken to our own behaviors.

When a society deteriorates to an “every person for themselves” condition, with love nowhere in sight, that civilization is in an equilibrium state of death via chaos. Some characteristics of a civilization moving to this chaotic state are:

The above conditions are taking place in America and the world at present, but there are still a sufficient number of citizens that know how to keep us from going to the final stages of total failure. The middle class Americans must not let these last phases of social deterioration go uncorrected. America and other democracies must become “Humations” or nations of humane and altruistic beliefs that will overcome liberal and conservative brinkmanship. Dialogue and understanding is the first step to saving a civilization. Conflict resolution must become an occupation of many in order to put the stops on a society headed for failure, but it must not be the old politically correct, intellectually derived version of liberal hegemony. We must become a Meritocracy. To reestablish a nation and nations of the world into a phase two form requires the following:

As a world of nations, we need to get involved and change the course that we are now on. Otherwise, we will end just like all those other fools of the past — SLAVES. Isn’t it time humanity finally did something right?