E.T., the Flood and the Giants

In a previous blog, I drew attention to ‘The Flood’ because legend says that this happened when Earth people had their last contact with the civilizing beings who they called the gods. There are hundreds of legends about a great flood. Some scholars believe they relate to the end of the Ice Age and that this story has been passed on over the past 10,000 years. But there is something wrong with this theory. Melting ice might cause water levels to rise but the Early Middle Eastern legends say that the Flood was caused by several days of continuous, torrential, rain. 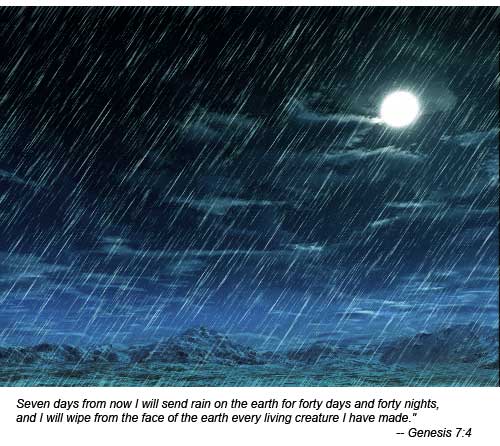 Robert Ballard, renowned for the discovery of the R.M.S. Titanic and the German battleship Bismark, and one of the world’s most famous deep-sea explorers, was involved in underwater  research in the Black Sea seeking evidence to support a theory that this sea was inundated by a catastrophic flood,  around 7,500 years ago and which was thought to be the biblical flood. 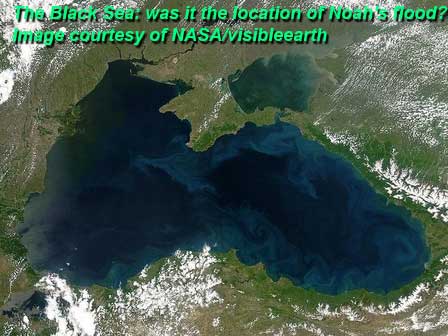 There may have been flooding in that region, at that time, but the Middle Eastern deluge legends can be traced back to the Ancient Sumerians whose  writings, and archaeological evidence, suggest that this catastrophe was caused by the Annunaki, who many believe to be extra-terrestrials, around 5,000 years ago.

People, in various parts of the Early World, had traditions of a series of past eras – The Legend of the World Ages. It was popular among the Aztecs, Maya, Greeks, Picts, and people in India, and it’s also alluded to in Plato’s story of Atlantis.

There was a thread running through many of the sky-god religions, legends and customs, and its been passed on, over the years, until the present. In my book, The Pleiades Legacy (The Old World), I have shown how its influenced the titles of famous films, books, and songs and the names of many commercial products.

There is also another intriguing aspect to this story for the Bible says that there was a race of giants in the pre-deluge era. ( Gen.6.4) 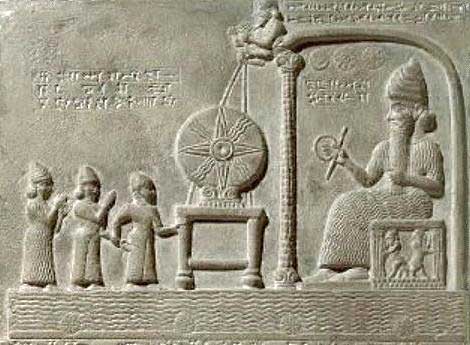 This is also alluded to in an allegorical Jewish legend which tells how a giant called Og asked for permission to enter the Ark.  Stories about giants were popular in many parts of the Early World and the remains of remarkably tall people have also been discovered. In 1190, at Glastonbury Abbey in Somerset, England, monks uncovered a stone slab on which they found a Latin inscription about the burial of king Arthur. After digging down 16 feet, they discovered a huge wooden tree coffin which contained the remains of an 8 foot tall man and a woman. Anthony Roberts says that there is no evidence to confirm that the man was Arthur who was never said to have been a giant. This method of burial, he adds, dates back 5,000 years near the era of British giants. The May 1947 edition the National Geographic magazine reported another fascinating discovery, in the island of  Lundy, in the Bristol Channel off the coast of Devon. Excavations above Lundy’s western shore uncovered a massive crypt, built with huge blocks of granite, and inside it were two huge stone coffins. In one of them there was a skeleton of a man 8ft 2 in. tall and in the other, a 7 ft 8 in. tall woman. Discoveries of the remains of giant people have also been reported in Scotland, North Africa, and North America and some of these people were not just above average height. Austrian researcher, Klaus Dona is renowned for his collection of artefacts and of reports of remains of giant people in different countries. In an interview with Regina Meredith, on Edge Media, Klaus told of the discovery, in Ecuador, of dislocated bones of a person who was an incredible 7.6 m tall.

There have been reports of the remains of giants in Utah, in the U.S., and legends of a ‘pre-deluge race of giants’ among the primitive native Shuara people in Brazil. One famous megalithic site, associated with a post deluge race of giants, is Ba’albek in the Lebanon. Although the Romans had temples there, an earlier people built megalithic structures, at the site, possibly thousands of years earlier.

Ba’albek’s Trilithon is comprised of three blocks of hewn stone each weighing 750 tons but even more amazing is another block of hewn stone estimated to weigh at least 1000 tons. Nobody knows how these stones were moved. Could it be that some of the early people had a form of anti-gravity equipment?

Klaus Dona, and other alternative researchers, have also investigated the remains of the people known as the ‘cone heads’ whose bizarre shaped skulls have been found in the Andes and Russia. The Maya, and others, also altered the shape of their children’s heads from birth. Ignatius Donnelly, for example, says that, in early days, this custom was practised amongst Basques, Caledonians, Scandinavians and Anglo-Saxons. People in Normandy ,he adds, were still flattening the heads of their children in the earlier part of the 17th century. When Professor Baudouin was examining some ancient engravings, on a rock surface in an estuary in Brittany, France, in 1928, he was amazed to find a drawing of a bearded man, with a sloping forehead, inside a disc. Could it be that drawing represented a god in his ‘home’ and that many early people were copying the appearance of the ‘sky-people’?

Over recent years, amazing discoveries have been made of early human activity, or settlements, now under the sea, off the coasts of India and Japan, the Caribbean Sea and the Dogger Bank north-east of Britain. Lost civilisations have been found on coasts in South America and other intriguing discoveries are being made at the Ness of Brodger, in the Orkneys, and at the 12,000 year old Gobekli Tepe site in Turkey. Klaus Dona has an amazing collection of unexplained early artefacts. He also tells of a metal cup, found embedded in coal, sixty-five million years old, and of human footprints, found in rock, at the time of the dinosaurs.

The huge stone structures, known as dolmens, are another mystery. They consist of a huge stone slab supported by several uprights and they were constructed by different people, at various times, in widely separated parts of the world. It seems likely that the custom of building them was spread by contact  and  it’s interesting to note that Professor Homet has compared the ones he saw in Brazil with others in North Africa. All these mysteries, legends, and evidence of giants, are indications that the early history of man was very different from what we have been led to believe. Furthermore, on 7 September, 2012, it was announced, in England, that the Queen’s astronomer, Lord Martin Rees, president of the Royal Society, had stated that ‘ Alien life beyond our solar system could be discovered within the next 40 years’. However, there is no need to wait so long because the worldwide Pleiades linked legends, and religions, suggest that there was an E.T. visit to this planet 5,000 years ago and that these beings were also here earlier when they helped to civilise man.

Gigantism, also known as giantism, is a condition characterized by excessive growth and height significantly above average. In humans, this condition is caused by over-production of growth hormone in childhood before the long bone epiphyses closes resulting in persons between 7 feet (2.13 m) and 9 feet (2.74 m) in height. 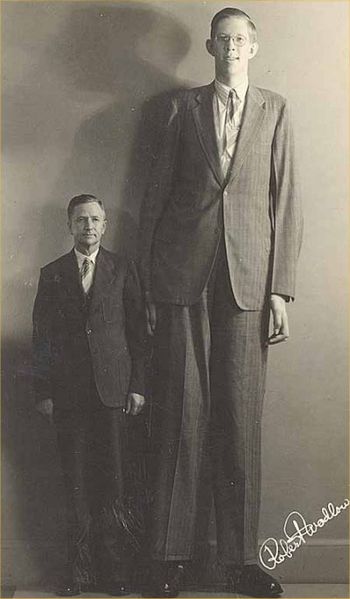 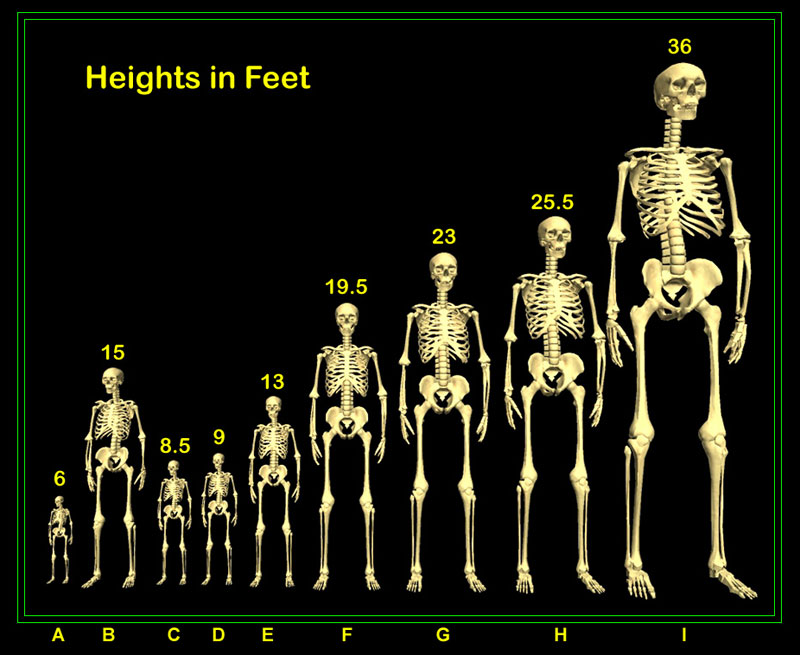 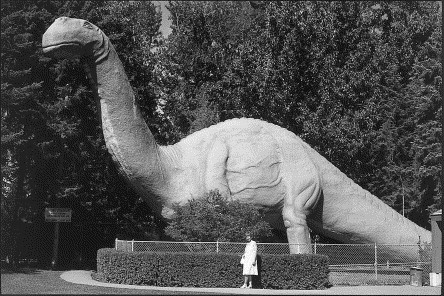