‘Our society is being run by insane people for insane objectives.
I think we are being run by maniacs with maniacal ends.
And, I think I’m liable to be put away as insane for expressing that…’    — John Lennon    (1940-1980)

The ones on top, our overlords, keep taking our money in taxes.  We are made to BOW to the rich and powerful, the monarchies of Earth.  Is it the new Roman Empire or the Fourth Reich?  If we do not pay our ‘tribute’ in taxes to the rich (who have everything), we are imprisoned.  Do you see the problem here as the rich get richer, the poor get poorer and the middle-class disappears?

To the Illuminati, ‘you can’t keep the people stupid, blind and in the dark forever.’  It is difficult to suppress the truth on so many battlefronts.  People, in time, will wake up and change/grow/learn.  Eventually, we will understand what has truly happened around us.  We have been sold down the river.  We, the SLAVES, have become the Sith’s Evil Empire where democracy is no more.

What do ‘they’ do with our taxes, our money?  Do billionaires, heads of corporations, GIVE their large profits back to employees?  Of course not, outside of a few trickled-down shekels for show.  The ones on top pocket massive profits and live supreme-elitist lifestyles.  THEY (bankers) MAKE WAR and manufacture other means of depopulation with our money.  They place money from good people into vast military/defense budgets and even NUCLEAR budgets.  We are all guilty accomplices because we participate in an evil system that supports world fascism and slavery (NWO).  Freedom and liberty are only for our pagan masters and not for the masses, very unfortunately.

We remain trapped within a feudal system where the ‘money arrow’ goes or is pointing in the wrong direction.  Let this writer make it extremely simple.  We have the wealth, power, knowledge, science, technology, and energy to make everything WORK out just lovely for billions of people.  The problem is money.  ‘They’ do not know how or it is not policy…to give.  They only know how to SELL.  The problem is…there is no Robin Hood.  The poor (99%) have no power besides great numbers.  There is no taking from the rich and GIVING TO THE POOR.  There is only the rich taking even MORE from the starving poor. 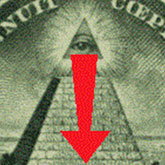 Here is an answer:     The rich must GIVE back to those in need; to those they have stolen from.  (When did that ever happen?)  Instead of paying tribute to kings/queens who have everything and misuse the funds like madmen…maybe…they should pay us?  Maybe they should PAY for crimes against humanity?  Maybe they should pay for wars where we die and never them?  The symbolic image is only a fanciful dream of the WAY IT SHOULD BE.

Are readers aware that grandfather of G.W. Bush, Prescott Bush (along with other international bankers), supported financing HITLER and the Nazi regime (reference: “The Guardian”, 2004 article: How Bush’s grandfather helped Hitler’s rise to power ). Do some research and find out who sat back and let 9/11 happen much like FDR “allowed” Pearl Harbor to be bombed (under orders from Churchill and above).  Who brought cocaine into the U.S. from off-shore oil rigs? (reference: ‘Behold a Pale Horse’).

Our entire modern history has been under totalitarian control by war-profiteers and because they own the MEDIA we are made to not see it.  Let us all become Robin Hoods and point the money arrow in the right direction.

Nikola Tesla’s 100-year old words on how it could work for everyone: 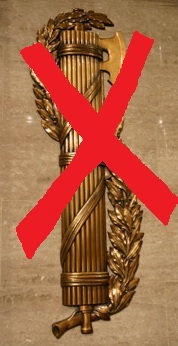 ‘So long as there are different nationalities, there will be patriotism.  This feeling must be eradicated from our hearts before permanent peace can be established.  Its place must be filled by love of nature and scientific ideal.  Science and discovery are the great forces which will lead to that consummation….The consequences of such an advance are incalculable.  A new epoch in human history would be inaugurated and a colossal revolution in moral, social and other respects accomplished, innumerable causes of trouble would be removed, our lives profoundly modified for the better, and a new and firm foundation laid to all that makes for peace.’

‘The establishment of permanent peaceful relations between nations would most effectively reduce the force retarding the human mass, and would be the best solution of this great human problem.  But will the dream of universal peace ever be realized?  Let us hope that it will.  When all darkness shall be dissipated by the light of science, when all nations shall be merged into one, and patriotism shall be identical with religion, when there shall be one language, one country, one end, then the dream will have become reality.’

— published in 1914 under the title: ‘Nikola Tesla Looks to Science to End the War’  [Tesla was not talking about a New World Order, but a One-World Democracy].

PS1: “Truth is treason in an Empire of Lies” – Ron Paul

Ron Paul is the only candidate addressing the four biggest problems facing the USA: Deficits (metastatic governments), The Fed, Militarism, and non-Bailouts (what is fragile should break early).
One quick thought; the elimination of the FED would address each of these problems with immediate results.

Ron Paul Is The Only Candidate That Makes Sense

PS2: Five Reasons Why American Riots Will Be The Worst In The World