GUY FAWKES WAS NOT A REVOLUTIONARY!   HE WAS AN  INSTRUMENT OF THE STATE!

The story of KING JAMES and Guy Fawkes

Once upon a time (1600), there was a good king of England.  He was unlike those that came before and sat on the throne since.  He was an intellectual; a man of reason who wanted ‘unity above all else.’ James became King of Scotland at the tender age of 13 months.  He is historically known for ‘the greatest translation of Scripture.’ 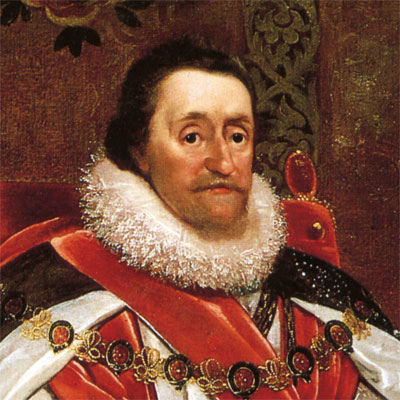 King James I of England and VI of Scotland, by Daniel Mytens, 1621.Source: Wikipedia (note: fragment of larger painting)

Mother of James the 6th  was Mary Queen of Scots (cousin to Elizabeth) who was forced to abdicate and later was beheaded.  James became King of England and Ireland in 1603 at the deathbed request of the virgin Queen Elizabeth.  The boy-king had always been surrounded by regents and nobles attempting to seize power whether in Scotland or England.  The young lad with ‘new ideas’ for a new century only had one problem; he was a Presbyterian in a land of Roman Catholics.

It was a time when Church and State were one.  He was now James the 1st of Britain and there was going to be some changes.  James was an avid reader; a scholar; tutored by the great writer, George Buchanan.  Now, head of the Church, James had to tend to two growing factions within the Church.  The Bishops were the highest authorities and the wealthiest.  They used the ‘Bishop’s Bible,’ the only one allowed in England.  The Puritans placed their faith in the Scriptures and used the ‘Geneva Bible.’  King James saw the Bishop’s Bible as a lame and ‘lazy’ work while he hated the side notes in the Puritans’ book for its political bias.

James’ gifts were his sharp wit, reasoning power and skills at debate.  Church officials from every side found that the young King was no pushover.  It was decided that an ultimate, English translation of Scriptures would be painstakingly created.  The single project of writing, what we commonly call the King James Bible, was a 7-year product by committee.

England thrived under their idealistic and scholarly King, but everyone was not happy with a Protestant on the throne.  There was growing anarchy among the old Roman Catholic regime.  A group of Jesuit noblemen hired GUY FAWKES to blow up Parliament!  As the documentary ‘KJB: The Book That Changed the World’ put it…‘they started to plan their very own 9/11.’ 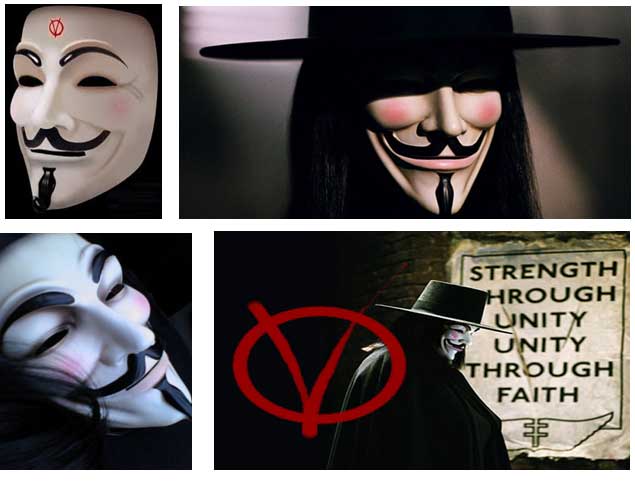 The idea was to wipe the slate clean; blow up the House of Lords, the House of Commons as well as the King and leave only the English Roman Catholics in charge.  After a tunnel idea failed, Fawkes and the conspirators leased a cellar directly below Parliament.  Thirty barrels of dynamite were set to ignite on November 5th, the State Opening of Parliament.  A note was found warning an official not to attend the Opening.  This led to a search of lower corridors and the conspirators were discovered.

Guido Fawkes, Jesuit leader Henry Garnet and other conspirators were executed in 1606.  These ‘rebels’ from 400 years ago have a cult following today as February 5th is celebrated in England.  Effigies of Guy Fawkes are hung and burned every year.  Are they celebrating the saving of Parliament, long live the King?  Or, are they (wink, wink) celebrating the radical/revolutionary/anarchist who almost gave it to the Monarchy?

We have to be very careful what we revolt against and how we do it.  We have to be careful and know who our leaders really are and who we choose to be our revolutionaries.  Who are they really?  What are their true intentions, motivations and agendas?  Where are they leading us; to a path of freedom or on the road to destruction?  So often the general public has been utterly fooled by those supposedly working for ‘our own good.’

Guy Fawkes, down through the last few centuries, has been portrayed as EVERYMAN.  Men are literally called ‘guys’ because of this original GUY.  He is meant to be any one of us; fed up with the cruel policies of Imperial governments, the Monarchies, etc…but…

…that is not the case at all.  My point is JAMES WAS A GOOD KING; almost a ‘scientist’ King and a real intellectual.  He was maybe the ONLY good king; a compassionate man of rational thought.  You don’t kill that!

When the film ‘V for Vendetta’ came out (origin of the latest style in Guy Fawkes masks), this writer loved it and thought he understood the message.  But, we have been steered around the real story in history.  Here’s the true message: rebel against an evil system, yes, absolutely.  But, in the rarest of cases, if the established system is genuinely decent and fair…it is the anarchist that is completely wrong.

Who knew WHAT Fawkes tried to blow up was the real revolution?  Who knew that Guy was only a corrupt instrument of the Catholics (the State) also called the Establishment?  ‘They’ do not inform us on the truth.  They do not make films which depict the way things really were or are.  Instead, they make television and movies to bend us a certain way; always programming us to not rebel against what we should and the reverse.

By the way, the KJB did not sell well when first published.  James never saw its success in his lifetime.  After fifty years with advances in the printing press, the Book’s influence spread over the Earth.  Strangely, James is not memorialized by any sort of tomb or monument in England.  His other relatives have monuments; even his beheaded mother.  The Protestant King is nowhere to be found outside of HIS BOOK; what many people believe is the sacred word of God.  Why?  Is the reason because King James was very different from other fascist monarchs that held and still hold the throne? 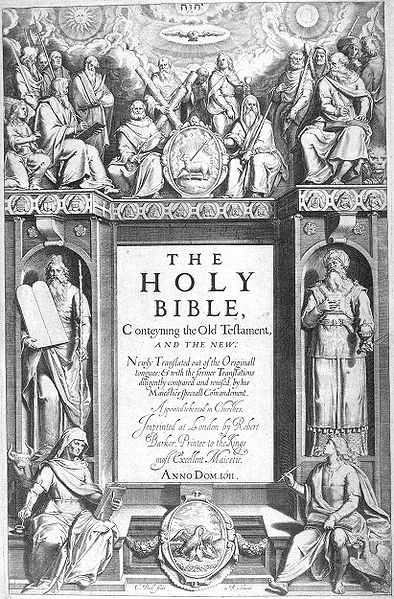 Frontispiece to the King James’ Bible, 1611, shows the Twelve Apostles at the top. Moses and Aaron flank the central text. In the four corners sit Matthew, Mark, Luke, and John, authors of the four gospels, with their symbolic animals. At the top, over the Holy Spirit in a form of a dove, is the Tetragrammaton “YHWH”.The title page text reads: THE HOLY BIBLE, Conteyning the Old Testament, AND THE NEW: Newly Translated out of the Originall tongues: & with the former Translations diligently compared and revised, by his Maiesties speciall Comandement. Appointed to be read in Churches. Imprinted at London by Robert Barker, Printer to the Kings most Excellent Maiestie. ANNO DOM. 1611 .

KNOW YOUR ENEMY.  You might find them under the mask of your friends.