What is so special about writing? Indeed, what is that unique element that makes people wonder every time they read something truly outstanding? It is the words’ ability to change people’s minds that renders them as one of the most powerful weapons in the hands of those who want to alter the way this world spins. People had the words, but they did not know how to use them efficiently. Of course, Dante, Petrarch, Plato, and others have surely applied their sentences to the right cause, but none of them has written something that might be deemed an essay. Hence, in this article, we will talk about how that most persuasive of all the forms of writing has appeared and how it actually changed the world.

The 16th Century: The Beginning

There is no wonder in the fact that essay writing was born in Europe, as the first man to have ever called his writings was Michel de Montaigne, who was born in 1533. His name surely falls within the list of interests of those who fancy reading works on philosophy as he was one of the most prominent philosophers of the French Renaissance. Whenever one starts talking about France, there is always this element of exquisiteness and splendour present as everything that the French do, turns out to be marvellous. So, if Lord de Montaigne was the one to found essay-writing in Europe, there is nothing to be surprised about why essays went on to become one of the most distinctive genres of writing.

Europe of the 16th – 17th centuries could have been classified as the platform for playground activities where France and England would embark upon deciding whom out of the two was cooler and more important, regardless of the sense that was at stake. Well, essay-writing has not become an exception out of the general rule as Francis Bacon went the extra mile, having published three books of essays in 1597, 1612, and 1625, respectively. Even nowadays, Francis Bacon is regarded as one of the greatest essay writers of all time and is even dubbed by some experts as the founder of this genre.

It may find it not surprising, but yes, the Asians were actually the first folks on this planet to embark upon essay writing. When Michel de Montaigne heard about The Pillow Book by Sei Shonagon or Tsurezuregusa by Yoshida Kenko, published in 1000 and 1300 A.D., respectively, he would claim that those were nothing else but deprived of order thoughts put to paper. Nowadays, probably, every student in the world can relate to Sei Shonagon and Yoshida Kenko, as regardless of how hard one has tried, the professor would always claim at least one of your essays to be a set of words that follow no particular order. The full list of pros & cons of being a student would always feature essay-writing, and it will always be described from a different point of view. 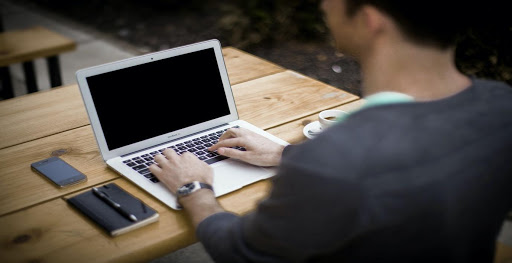 The Letter from the Birmingham Jail

It cannot be stated that there have been some drastic changes to the essay-writing style over the course of the last one hundred years. Of course, the topics changed – they do alter on a daily basis – and the author changes. However, the point of writing an essay has always been a unified one, an essay was meant to change the way people think. Visit cheap essay writing service called PaperLeaf and have a look at the sample essays that their professional essay writers craft and rest assured that those texts will change or rather enhance your stance on a particular issue.

The case when an essay has been written and has changed the world was in 1963, on the 16th day of April when Martin Luther King Jr., while being imprisoned in a jail, has written a letter to his comrades and enemies, saying that they should love each and forget about the hostility between them because all people are equal. Professors and theoreticians of linguistics from all around the world are still researching the persuasion techniques that he has applied in his essay, but there is no viable explanation provided. Well, the answer is that The Letter from the Birmingham Jail was written with one’s heart and not one’s mind which is quite a widespread requirement when it comes to crafting a great essay.

The history of essay-writing cannot be compared to the way histories of states and empires are being studied. Nonetheless, it is important to know when understood that words can change the world. It is nowadays crystal clear to perceive that essays have been an integral part of human history, and they will be as when one writes an essay; they have a chance to embark upon a discussion or a dispute but in a stepwise and strategic manner.