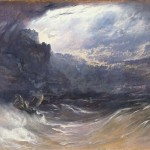 Introduction: Many Destructions of Mankind according to Ancient Egyptian Priests In the Egyptian Delta, at the head of which the river Nile divides, there is a certain district which is called the district of Sais, and the great city of the district is also called Sais, and is the city from which King Amasis came. [...] To this city came Solon, and was received there with … END_OF_DOCUMENT_TOKEN_TO_BE_REPLACED 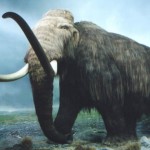 Mammoths of the Last Polar Age How modern Arctic research supports Charles Hapgood’s theory of Earth Crust Displacement by Kyle Bennett [ad name="Adsense160x600blue"] This article is loosely based on Chapter 5 of Kyle Bennett’s Polar Wandering and the Cycle of Ages, available soon (please see http://kylebennett.blog.co.uk/ for details of when it will be … END_OF_DOCUMENT_TOKEN_TO_BE_REPLACED

Wandergate : The Century-Long Silencing of Earth Crust Displacement Part 1 By Kyle Bennett [ad name="Adsense160x600blue"] I think it is about time to coin a new  “Gate”, to describe a very old problem with mainstream science: the silencing of the theory of earth crust displacement. One of the ways it has been marginalised as an explanation of long term climatic … END_OF_DOCUMENT_TOKEN_TO_BE_REPLACED 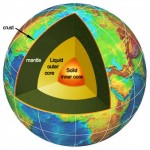 Part 1 Earth Crust Displacement and the British Establishment by Kyle Bennett [ad name="Adsense160x600_orange"] Back in the 1950s, an American professor called Charles Hapgood proposed that the earth’s crust slides as a whole over the fluid layers below once every 40,000 years or so, causing the position of the geographic poles to wander - i.e. polar wandering. He … END_OF_DOCUMENT_TOKEN_TO_BE_REPLACED